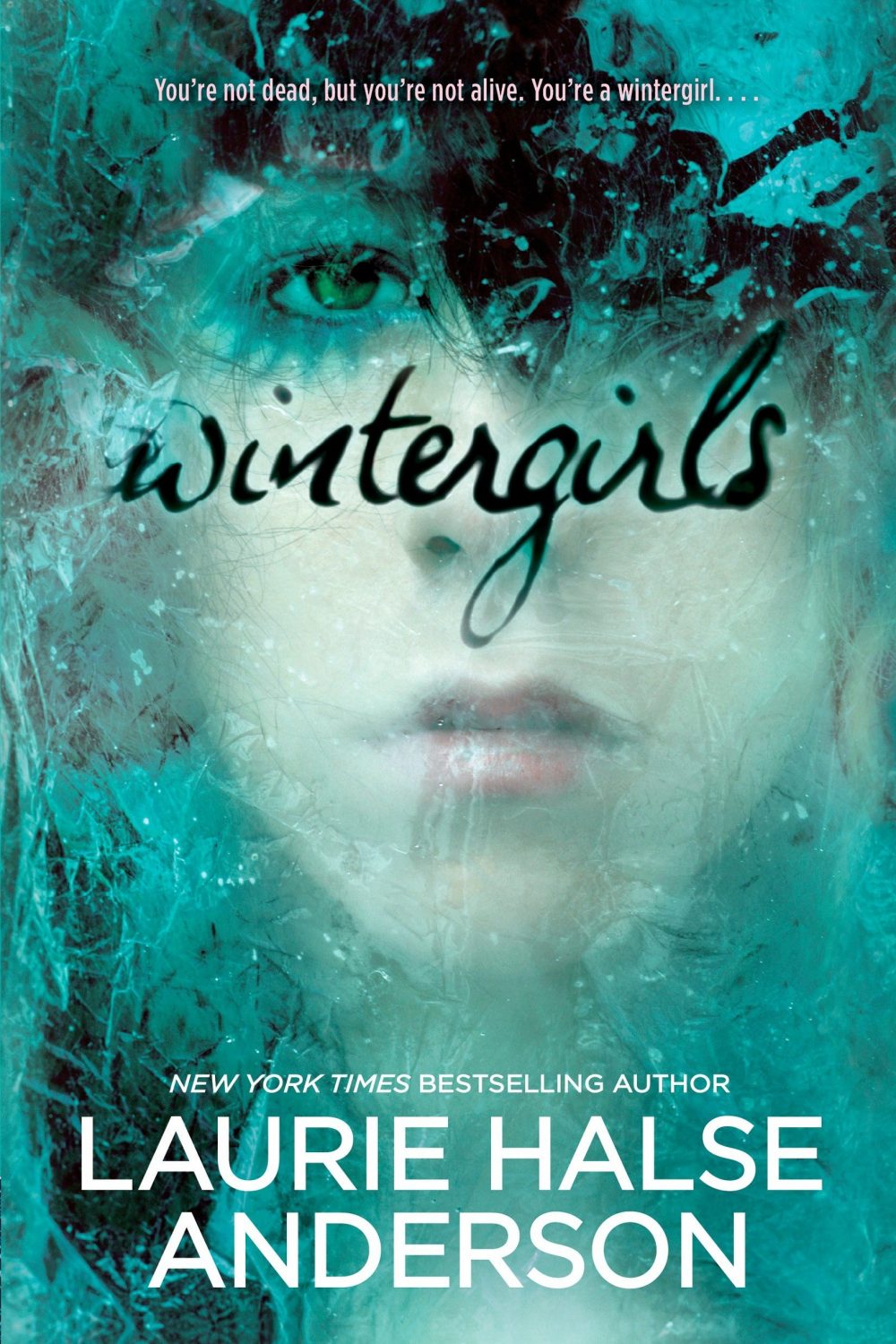 8 out of 10: It’s a beautifully-written book, but hard to read and not something everyone will have an interest in.

Laurie Halse Anderson shot to fame ten years ago with her book, Speak. It got a National Book Award nod and went on to be on basically every YA list that exists. Then, last fall, she wrote Chains about a slave girl during the Revolutionary War. It too got a National Book Award nomination and went on to win the Scott O’Dell award for historical fiction. In January, she received the Margaret A. Edwards award for lifetime contributions to children and young adult literature.

And now, in a week, out comes Wintergirls, a book with a million positive reviews already about two girls with eating disorders.

Laurie Halse Anderson is having a good year, is what I’m saying.

Wintergirls follows Lia who has been struggling with anorexia for years – she’s been in and out of a hospital for treatment twice, but it’s made no difference. She tabulates the calories of every item of food she eats (or even sees, for that matter). She tinkers with the scale and weighs herself down with quarters to keep her parents from knowing how much weight she is still losing. She’s moved out of her mom’s house (her mom is a doctor) and in with her dad and step-mom who she thinks she can more easily convince that everything is okay.

Her friend, Cassie, has just died in a motel somewhere nearby of unknown causes. Just before she died, she called Lia thirty-three times. Lia never answered; they hadn’t spoken in five months.

It turns out that several years earlier Lia had bet Cassie that she could be thinner and the two had been competing for that goal since then, Cassie via bulimia and Lia through anorexia.

Even Cassie’s terrible death – alone, in a horrible old motel – isn’t enough to stop Lia though, who continues to push her weight downward. But now Cassie is haunting her and, unlike Jacob Marley in A Christmas Carol trying to get Scrooge to learn from Jacob’s mistakes, Cassie is pushing her to continue her downward spiral into certain death by starvation, coaxing her to keep losing weight, keep lying, cheating and doing whatever she needs to do in order to avoid intervention.

It’s tempting to say something like “I don’t even need to say how great a writer Laurie Halse Anderson is. You don’t win all those awards if you aren’t a good writer.” Except that many people who aren’t really that great of writers do win all sorts of awards and get a lot of praise and popularity. So it should be said – she is a terrific writer, so good you almost don’t even notice, until you realize you’ve forgotten you’re reading; you think you’re living the story yourself.

At the same time, I kept thinking as I read Wintergirls, “Who is this for?” It seems like if you suffered from these disorders, this book wouldn’t tell you anything new. And if you’re a parent or a friend, this book seems to really say “You can’t do anything about it until they are ready – on their own – to choose health over being 85 pounds.”

There were some parts (mostly the cutting parts), that I had to just skim because it was really too awful for me to read.

It’s weird to read a book that you think is beautiful and brilliantly-written, and yet you still hesitate to recommend. Wintergirls just really is not a book for everyone, but if the topic is something you can deal with or have an interest in, you shouldn’t miss it.

Thanks to Kelly for loaning me her advanced copy of this book.

Previous Post: « Why This is Not a Fashion Blog
Next Post: Who Gets a St. Patrick’s Day Gift? »