I made this Lemon Lentil Soup one night when Bart was working late and I thought, “Is this a lot of work when I could have just had a bowl of cereal?”

Bart only got a tiny bit of this Lemon Lentil soup, because I ate two huge bowls for dinner, and then another enormous bowl for lunch the next day. I loved this.

Also, my mom probably doesn’t even recognize me anymore, what with the voluntary eating of lentils. 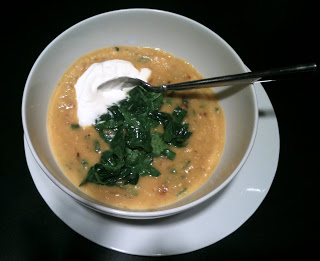 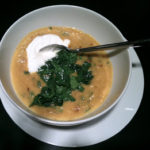 I made this Lemon Lentil Soup one night when I was home by myself and it was SO good, there was hardly any left when my husband got home! Full recipe here!

Previous Post: « First Garden: The White House Garden and How It Grew by Robbin Gourley
Next Post: Open to Interpretation »

Have you heard of Chirp? It’s an audiobook plat

Have you used this year’s Halloween Reading Cale

We all put on three layers and headed out with som