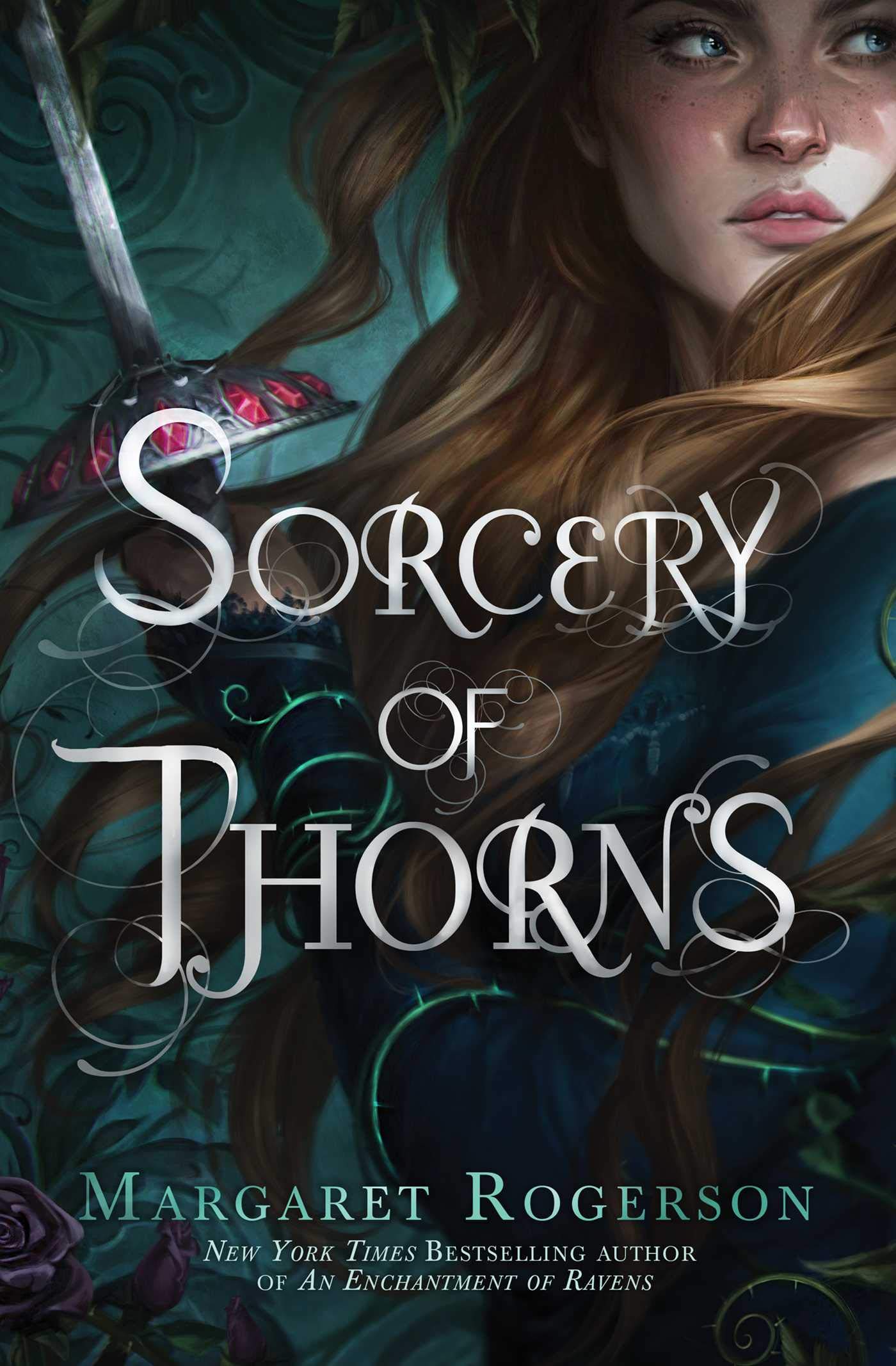 I’ve mentioned before that fantasy is not my genre of choice (in fact, I had a few people send me messages about Sorcery of Thorns after I picked it for the July book for the Everyday Reading Book Club saying “I just want to check this is the right book, because I know you don’t generally go in for fantasy), but just like any book club, I like to push myself occasionally to read things outside my normal reading comfort zone.

The good news is that Sorcery of Thorns was worth the push – I really enjoyed it and flew through the last 200 pages in just a few hours.

(For the record, I didn’t look at the map in the front until I was completely done with the book).

Sorcery of Thorns by Margaret Rogerson

Elisabeth has grown up in a Great Library.

These Great Libraries dot the kingdom and each of them house magical grimoires, books that are living and breathing, holding all sorts of magical secrets and histories. And if these books are made angry, they’ll transform into monsters. The head librarians carry weapons to subdue the most dangerous of books – needless to say, this isn’t a cardigan-wearing, shushing-type of librarian gig.

Most apprentices at the library come in at 13, but Elisabeth was abandoned on the steps of the Summershall Great Library when she was an infant and the Director of the library took her in, letting her grow up discovering the secrets of the Great Library.

So Elisabeth already knows that magic is dangerous.

And sorcerers, who wield incredible amounts of magic, are the most dangerous of all.

But then an act of treachery sets loose the most dangerous grimoire in the library which leaves destruction in its wake and Elisabeth, the only one who witnessed it, is charged.

When a sorcerer she’s met once before, Nathaniel Thorn, comes to collect her and take her to trial, she’s certain she’s headed straight for her death (and she suspects it’ll be at Thorn’s hands, long before she ever reaches the capital city of Austermee where her trial is to take place).

But soon after she arrives in the capital (without being murdered by Thorn), she realizes that the attack at the Summershall Great Library was just a tiny piece in a much bigger puzzle.

A puzzle that doesn’t just threaten all the Great Libraries but also the entire world.

And Elisabeth has no one to turn to for help in saving the world besides Thorn, even if aligning herself with magic and sorcerers goes against everything she’s ever been taught.

This was SUCH a fun story.

You know that my favorite part was Thorn’s snarky comments – I can never get enough of a sharp-tongued character and his dialogue just made the book for me.

Another thing I really liked about Sorcery of Thorns is that it’s a stand-alone fantasy novel, which seems fairly uncommon these days. I totally understand the desire to keep a good set of characters and story going, but it’s just really nice sometimes to read a book and not have to commit to a full trilogy or quartet (or more!).

It reminded me a little of The Amulet of Samarkand (probably because it’s one of the only other books I’ve read about demons and sorcerers), which is a TERRIFIC middle grade series.

Have you read this one? I’d love to hear what you thought!