Pears have been on sale at my grocery store since about January.

They are also always as hard as rocks.

Surprisingly, my girls aren’t all that interested in eating rock-hard pears (who are these children?).

And yet, possibly because I’m an idiot, I keep buying them. When I looked in my fridge drawers on Tuesday, I had ten pears in there.

I made some apple butter a year or two ago and it was fantastic – I loved it on toast (and I loved it even more on ice cream). It was a quick way to make a pancake or waffle pretty awesome.

Obviously, it was time to make a pear butter version. 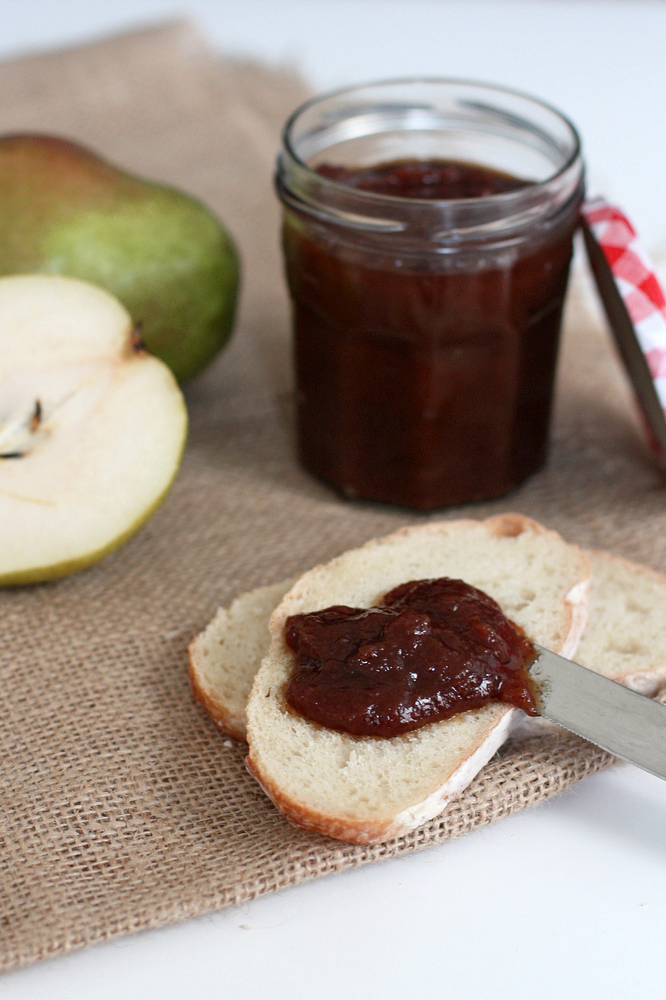 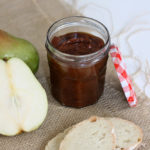 A simple vanilla bean pear butter made in a slow cooker. Perfect for spreading on toast, pancakes, waffles or stirring into yogurt and ice cream. 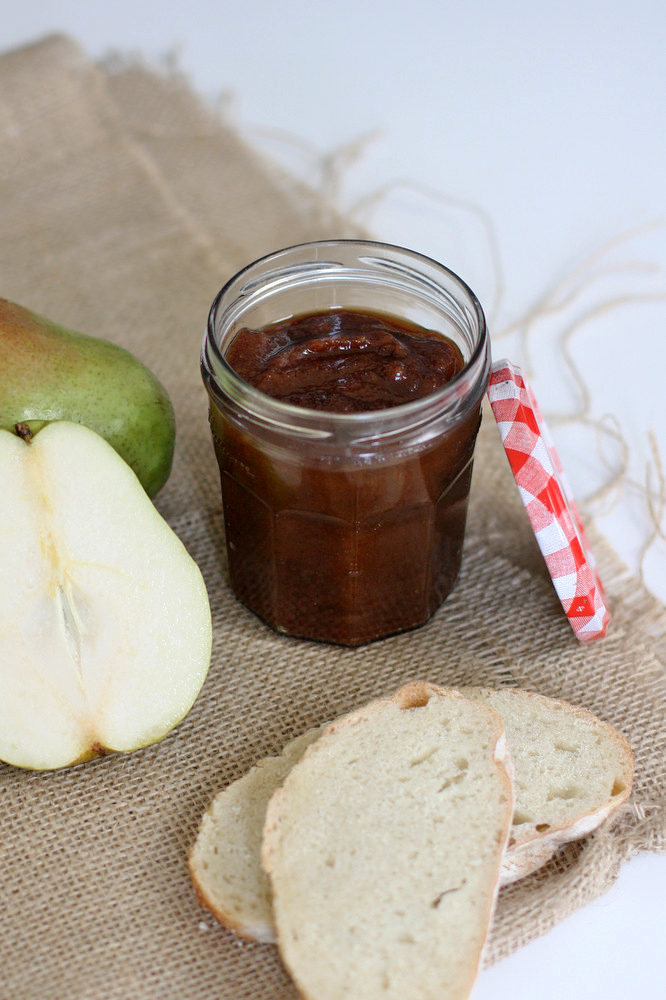 Previous Post: « 6 Guidelines for Cleaning Out My Closet
Next Post: The False Story of How We Met »