Bart’s younger brother is in town visiting right now, so we’d planned on going down to Plimouth Plantation today, but it was pretty chilly and very windy out, so we scrapped that idea and decided to visit the Museum of Science downtown instead. Bart had two free tickets from work that expired at the end of the month and I get in free because I’m an “educator.”

We hopped on the T and rode into the city. 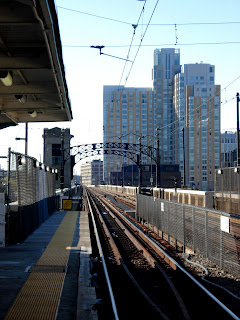 By the time we switched green line cars THREE times (the cars kept going out of service), we were pretty hungry, so we went directly to the cafe and ate the lunch we’d packed and which Bart had kindly carried the whole way. Over lunch, we decided that we’d see two shows and that we’d each choose two exhibits to see (Bart picked “Birth” and “The Human Body,” I picked “Seeing is Deceiving” and “Mass Consumption,” and Andrew chose “Mathmatica” and “Nanotechnology”). 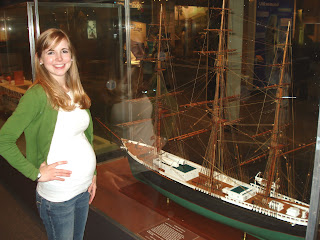 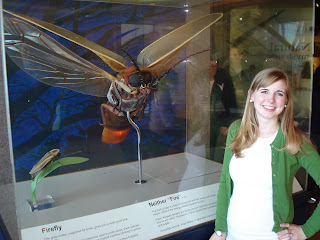 Overall, we spent about three hours in the museum and thoroughly enjoyed it. You could have spent the whole day – there was SO much to see and so many things to do.

Finally, home again, home again, for a dinner of soup and biscuits, before Bart and Andrew settled in for a viewing of the final Lord of the Rings movie (we have our priorities around here).