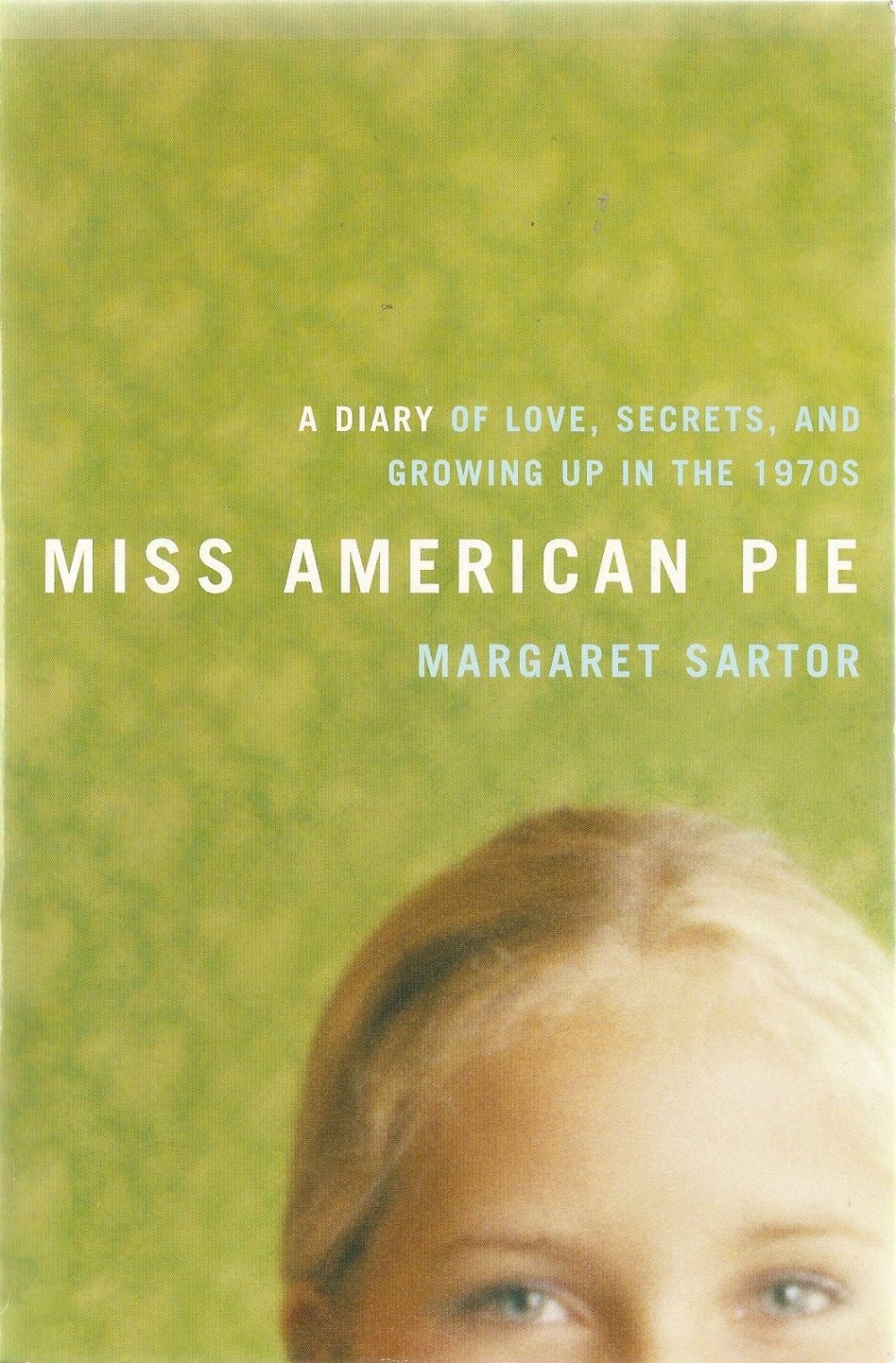 Every year, Austin hosts the Texas Book Festival for two days. It was started 12 years ago by Laura Bush and it brings together dozens of authors both from Texas and outside of Texas. I first heard about it when I read this book in January, and I’ve been watching the website ever since. When they first started posting the authors who would be attending, I decided it would probably be good if I read some things by authors who would be there. The list was fairly short at that point and I glanced through a few until I found a book that 1) looked interesting and 2) was at my library. Miss American Pie: A Diary of Love, Secrets and Growing Up in the 1970s fit the bill. It was on hold a long while and I just finally got it a few weeks ago.

Anyway, I loved this book.

miss american pie: a diary of love, secrets, and growing up in the 1970s by margaret sartor

The entire book is Margaret’s personal journals from 1972 to 1977, when she is in middle school and through high school. She writes nearly every day and most entries are just a few lines long.

It’s just so wonderful to see the combination of major events with little personal ones. One entry read “President Nixon resigned; made an appointment to get my hair cut.” I’ve already returned the book to the library, so I can’t quote much more than that, but there were hundreds of entries that I just adored. Dozens of them had me nodding to myself and thinking “I know exactly what she means” and “I thought I was the only one who’d ever thought that.” I was astounded that anyone else had ever had that crazy urge and fear to put their hand down the running disposal. “Washing food down the disposal is like standing on the edge of a cliff,” she says, “which naturally makes you think about jumping off.” Exactly!

She captures the ups and down of being a teenager perfectly; it really is the kind of journal you can imagine any teenager, yourself or one you know, writing. One day it’s “Everything is wonderful” and the next “I’m just so depressed.” She struggles to get along with her parents, desperate for their praise, but also just wanting to be alone. No one understands how very important it is that she make the dance team (made all to evident when her sister suggests she not try out and help their pregnant mother more). And there are boys, of course. She’s very pretty (although she doesn’t seem to think so); she is also devoutly religious, of her own accord beginning in middle school, and that’s a bit aggravating to several of her boyfriends. She’s an excellent student and bothered that the teachers hassle her when she’s already acing all her classes. By the end of the book, she is anxious to go away to college, to get a new start, and to find new friends.

I wondered at the beginning how much I would care for the various other people in her life or if they would just be a stream of meaningless names. I doubted I’d even be able to keep them straight. And yet, by the end of the book, when Margaret gives a “What happened next” chapter and tells what the main characters went on to do, I was deeply interested to find out what happened to her best friend, the boy next door, her older sisters, and the various ex-boyfriends. They were important to me because they were important to her, and she was important to me because she was like me.

After all that, though, Miss American Pie might not be a book for everyone. Some may find it dull or a bit too much. The diary format may drive some readers crazy (I would usually fall into this category). But, I thought it was perfect. And I can’t wait to meet her come November.