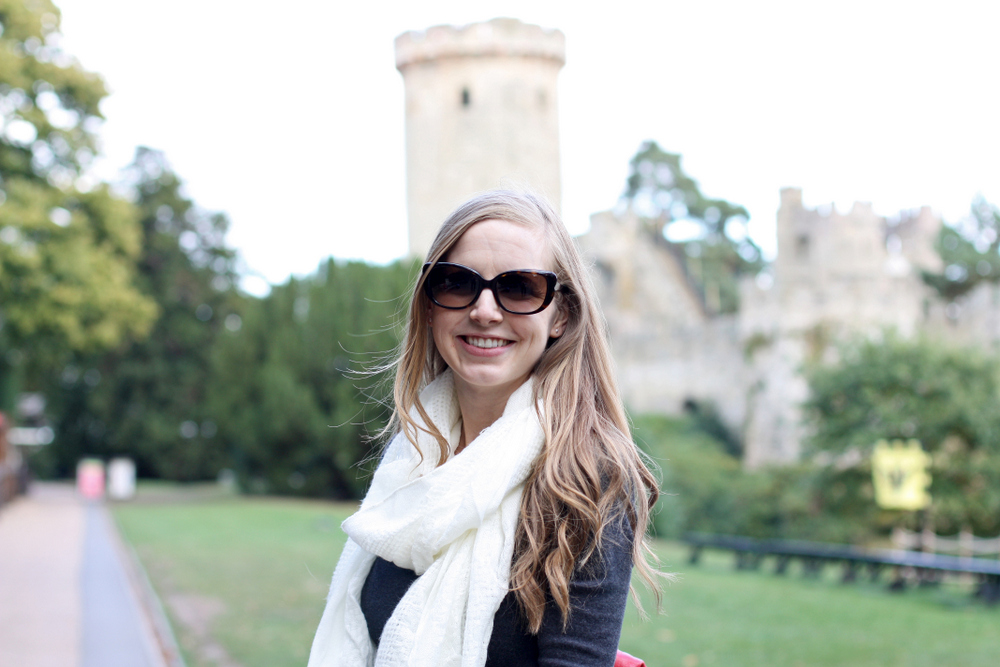 Last Friday morning, Bart set off to pick up a rental car.
When he pulled up in front of our flat an hour or so later, he said, “It takes a LOT of effort to drive on the wrong side of the road.”
We popped the carseats in the backseat, loaded in our one suitcase and some backpacks, and drove off on the left side of the road for a weekend of adventure. 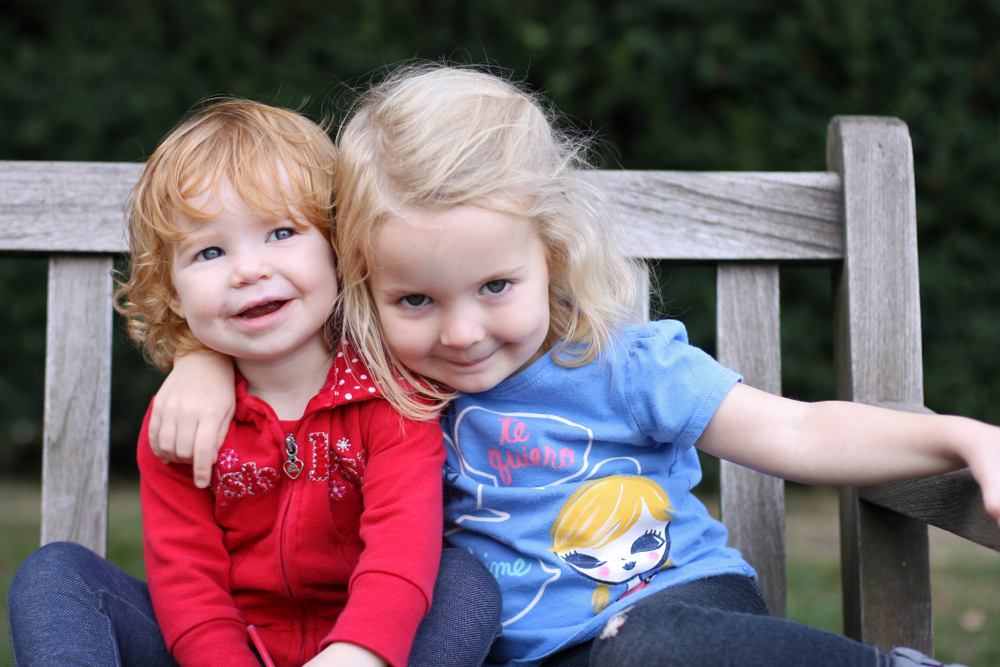 We agreed right off the bat that we would be low-key about our weekend; not too much rushing about or feeling like we had to keep to a tight schedule (three guesses which of the adults in our family are more guilty of this).
We kicked it off by stopping for lunch in the world’s tiniest village about 45 minutes outside of London. The weather was ridiculously beautiful and we ate our lunch on the grass, then stopped at a mini-grocery store to pick up some snacks for the road.
And then we arrived at Warwick Castle. 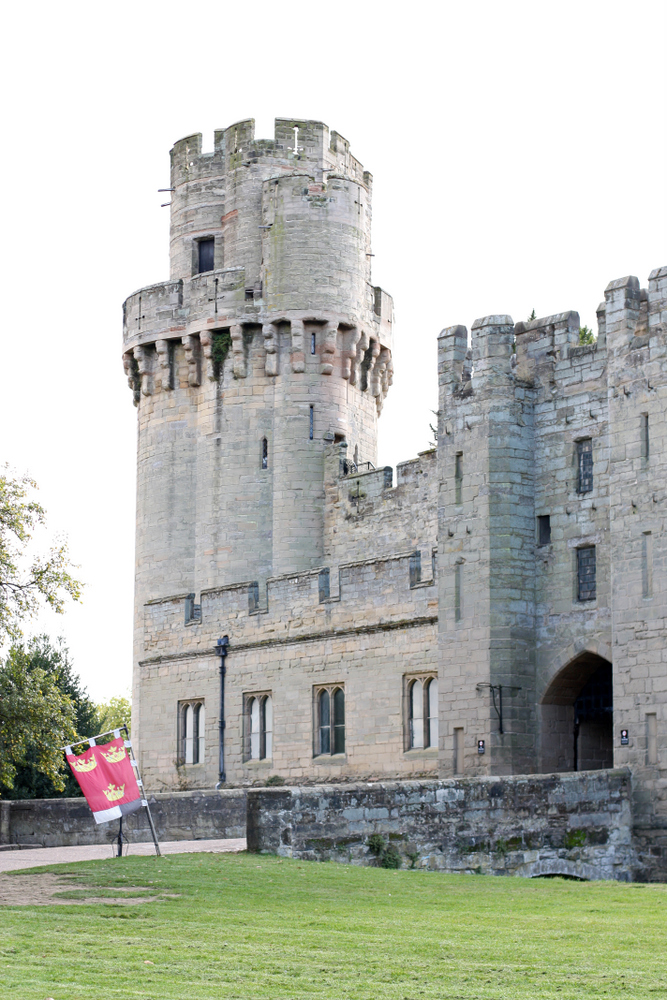 Bart had been with some friends when he was 12, and really wanted to go back. And it didn’t disappoint.
When we came through the gates, the attendant mentioned that the bowman show (archery) was going on for the next 10 minutes or so, and it was fantastic. The archer was hilarious and talented and we thoroughly enjoyed his performance. 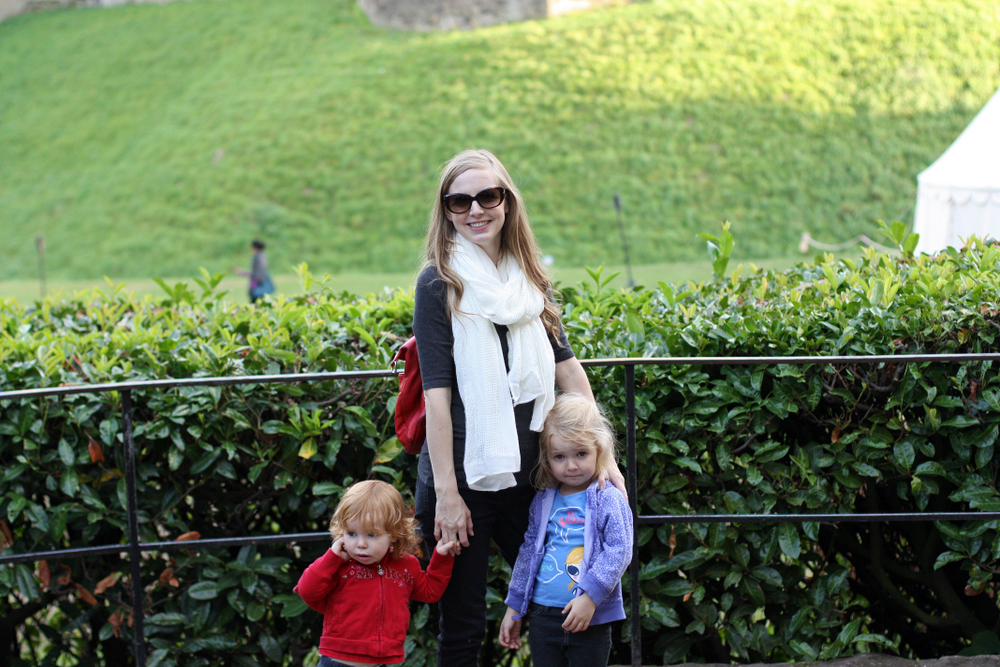 We hadn’t brought our stroller for the very important reason that it wouldn’t fit in our tiny trunk, and I was concerned about this for two reasons. First, I didn’t want to carry our children around the whole afternoon and second, I wanted Ani to take a nap in the stroller.
It turned out to not be too much of an issue, fortunately. No stroller meant we could climb the towers without leaving our stroller behind, and Ani was pleasant despite having no nap. 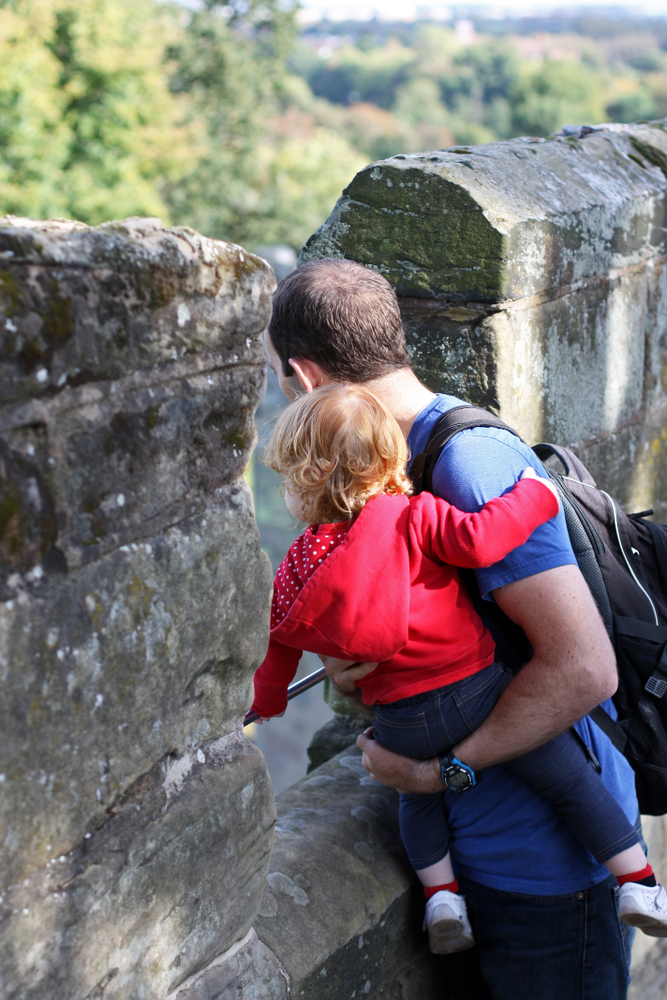 After a little climbing of the turrets, including going up a very tight down staircase, we headed over to the Flight of the Eagles show (I love it when all the shows are included with the entrance price), and it was really fun. The birds flew in really low and the guy in front of us had his bald head brushed by a low-flying condor. 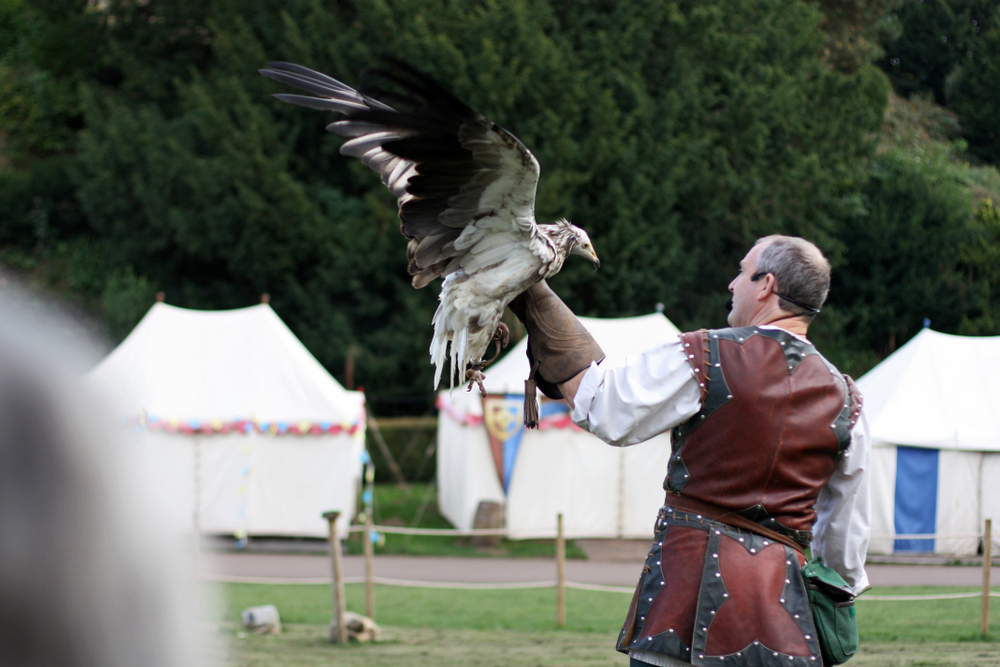 Also, Ani fell backward off the bench and sobbed her face off for about thirty seconds, then ten seconds later, ELLA fell backward off the bench and took her turn sobbing.
After the show, Ella spotted a peacock and walked around next to it for about ten minutes. I’m pretty sure she thought it was her personal pet. Live it up, since it’s the closest you’ll ever get to a pet of your own. 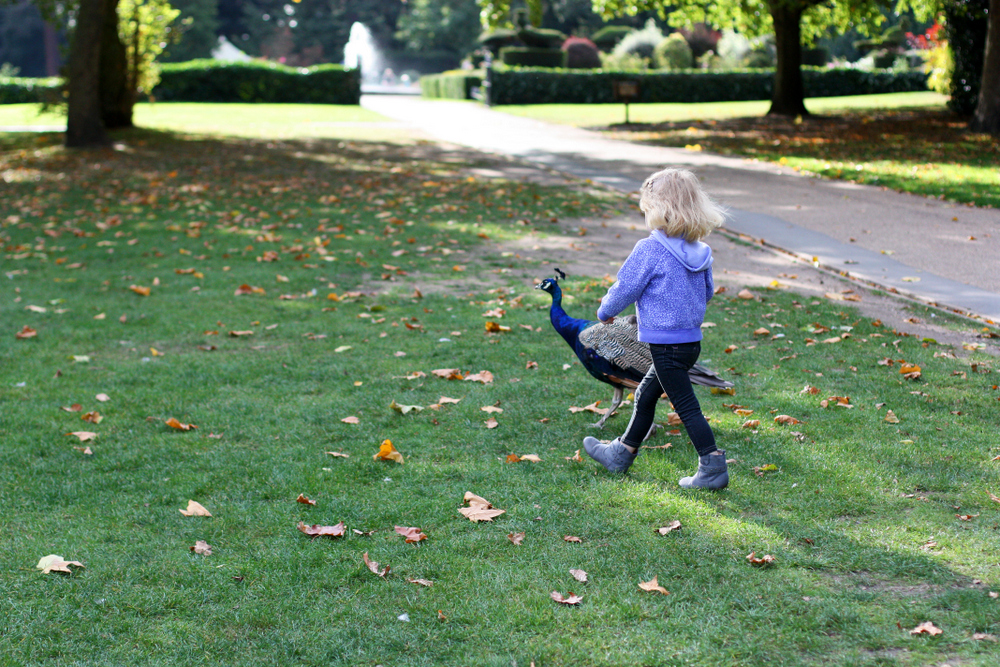 We wandered through the peacock garden and then took a very important break to eat some Bounty bars (I’ve been waiting for one of these since I was here in 2006 – basically a stellar Almond Joy without that almond to ruin everything). There may have been tiny filchers. 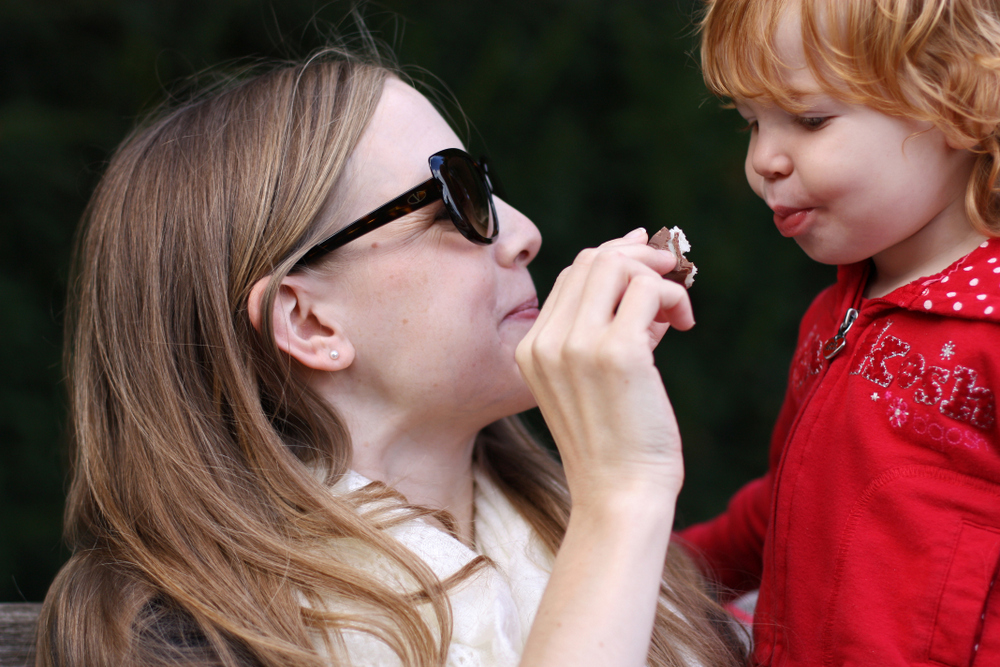 The weather was so gorgeous, Bart and I kept saying, “Can you believe it’s really supposed to rain tomorrow?” It was the perfect day to be there. 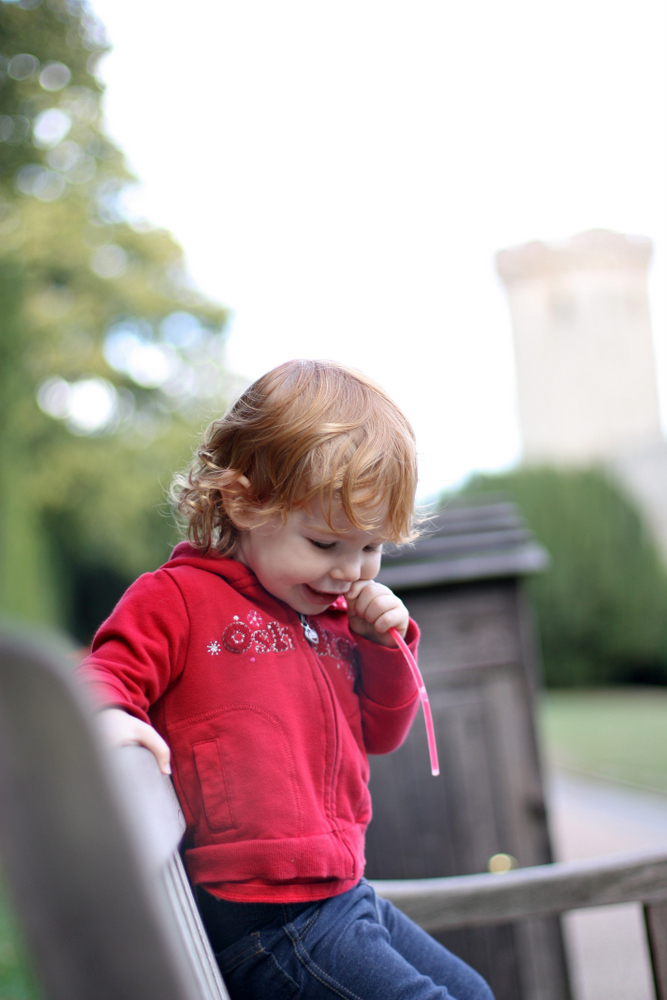 We saw on the map that there was a playground and it was ridiculously cool, with everything castle themed, including pretend horses to joust from, slides coming out of castle walls, and, of course, swings. 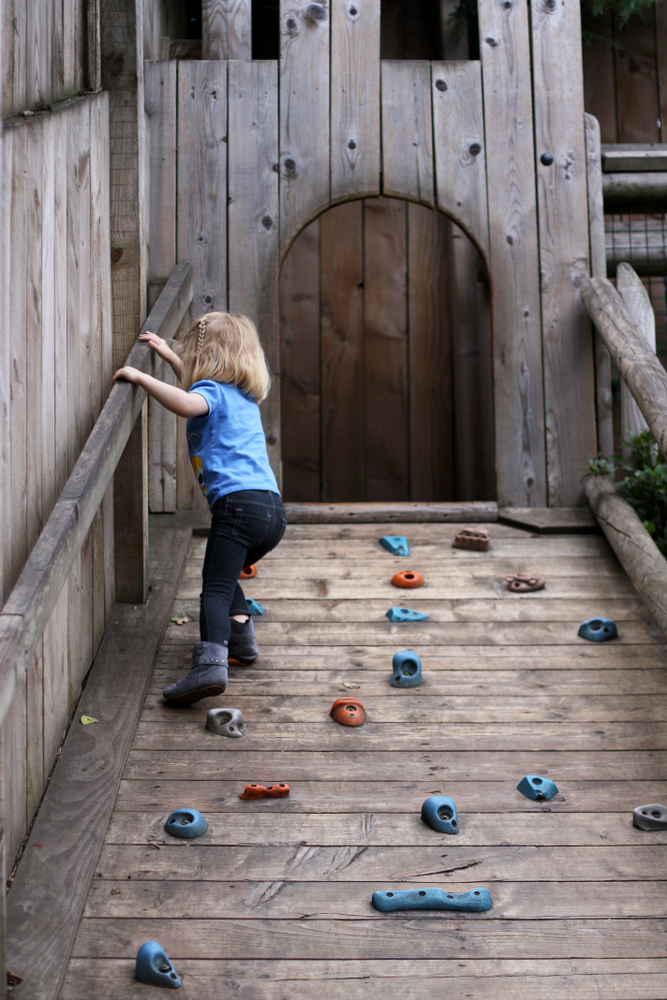 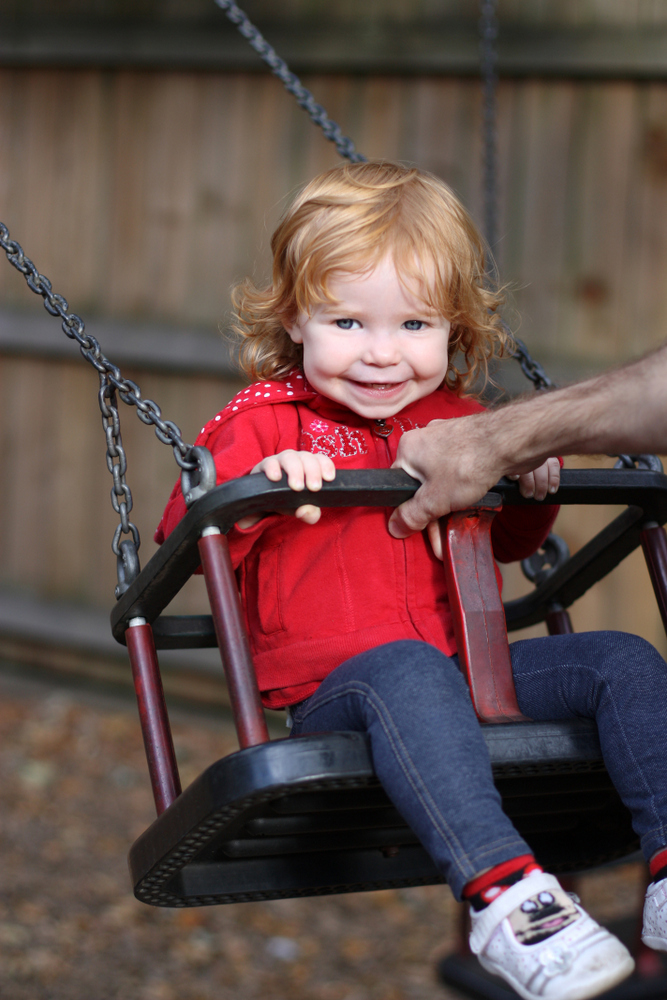 There was also a zipline. I couldn’t help myself.
The girls were highly reluctant to leave the playground, but there was one last show before Warwick Castle closed for the evening and we didn’t want to miss it. I mean, who would want to miss something called Great Balls of Fire? Not us.
We hurried over to the opposite side of the castle and sat on the lawn to wait for the show to begin. 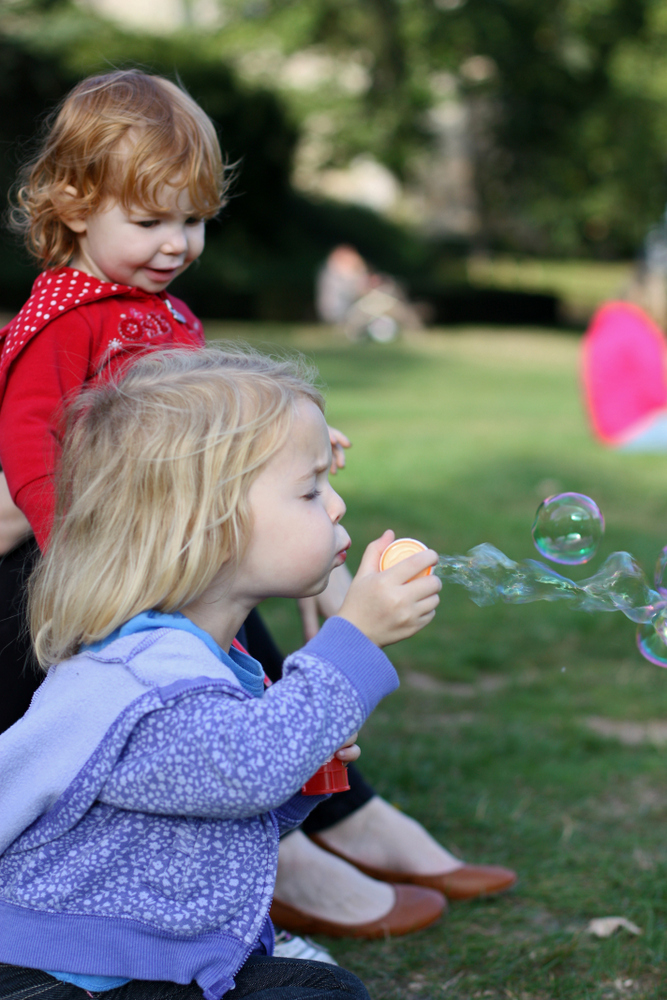 We got there a few minutes early and entertained the girls with some bubbles (Ani had been losing her mind at a grocery store in Amsterdam, and some nice lady whipped them out of her purse and gave them to us). 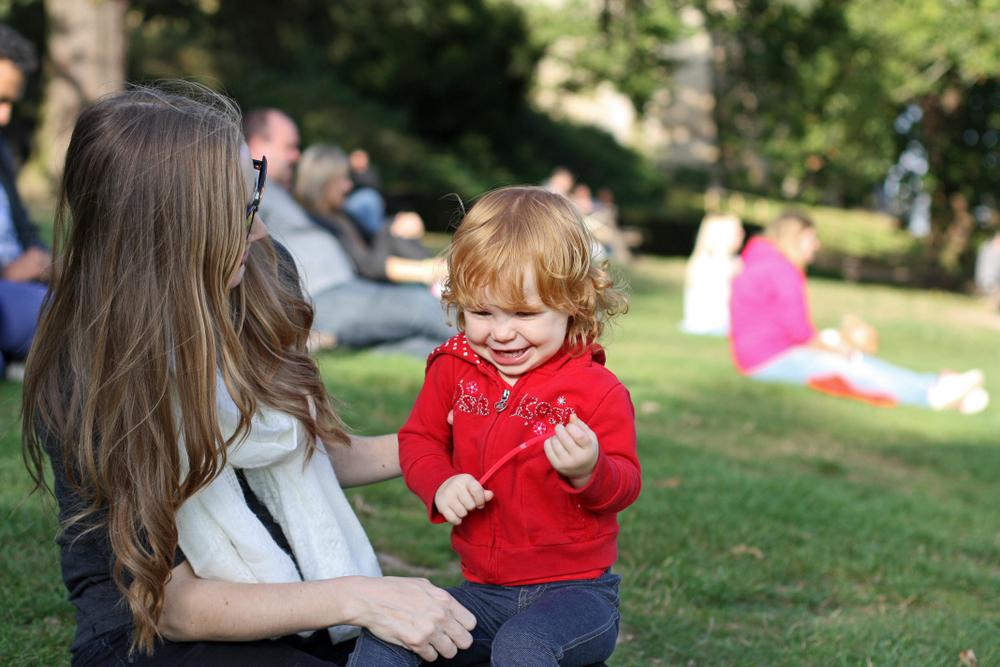 The show itself was pretty awesome. They used this catapult (it’s the largest working siege machine on earth) to launch an enormous flaming ball all the way across the lawn. 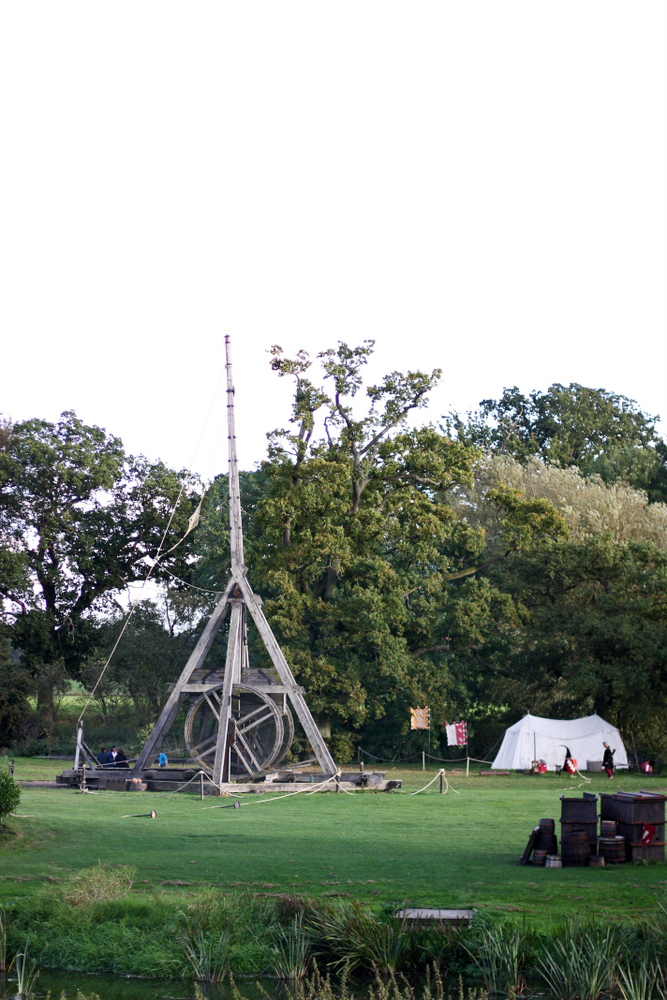 Also, the amount of effort required to get it cocked all the way back was pretty insane. I was glad to be watching instead of exerting any effort myself.
We hurried back to to the playground, since we’d promised the girls we could come back after the show, and stayed another thirty or forty minutes (supposedly the castle closed at 5:00, but we stayed until at least a quarter past and there were still several families there when we dragged our girls away). 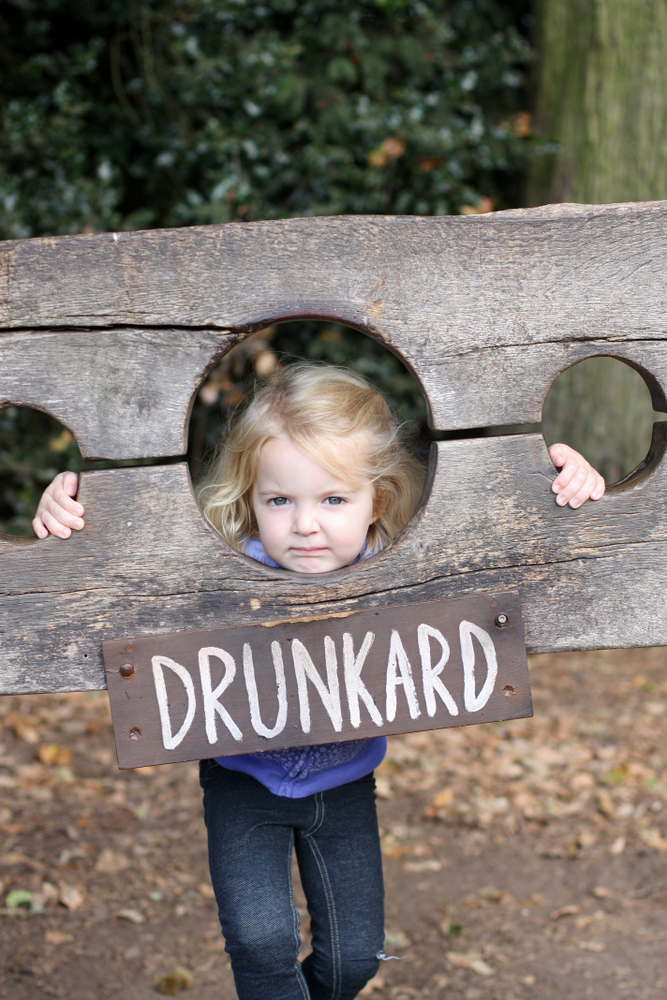 We drove the ten or so miles to our hotel for the evening (this super awesome castle – and it was only $80/night). Bart took our stuff up to the room while the girls and I walked down the road to check out the sheep, as one does with small children.
Then we drove into the teeny little town, ordered a pizza for dinner, and picked up some breakfast supplies and Ben & Jerry’s at the local Tesco before heading back to our hotel for a little picnic on the floor of our hotel room.
Once the girls were down, Bart and I watched a bit of Divergent before we were too tired to stay up any longer and we went to bed too.
In the morning, we ate our breakfast in one of the enormous dining rooms overlooking a gorgeous back lawn (in addition to the yogurt and fruit we’d brought for breakfast, we also drank the remainder of our melted Ben & Jerry’s as if they were milkshakes because that’s the kind of health-conscious parents and people we are).
As the forecast had predicted, it was pouring rain, so we drove back to Warwick to visit the St. John’s House Museum, which we’d heard was great for kids (also, it was free).
There were several kid-friendly zones including a station of doctor kits and nurse costumes in the room with the exhibit about WWI Red Cross efforts. The girls were in heaven while Bart and I read all the displays in peace. I wish EVERY museum had this set-up. 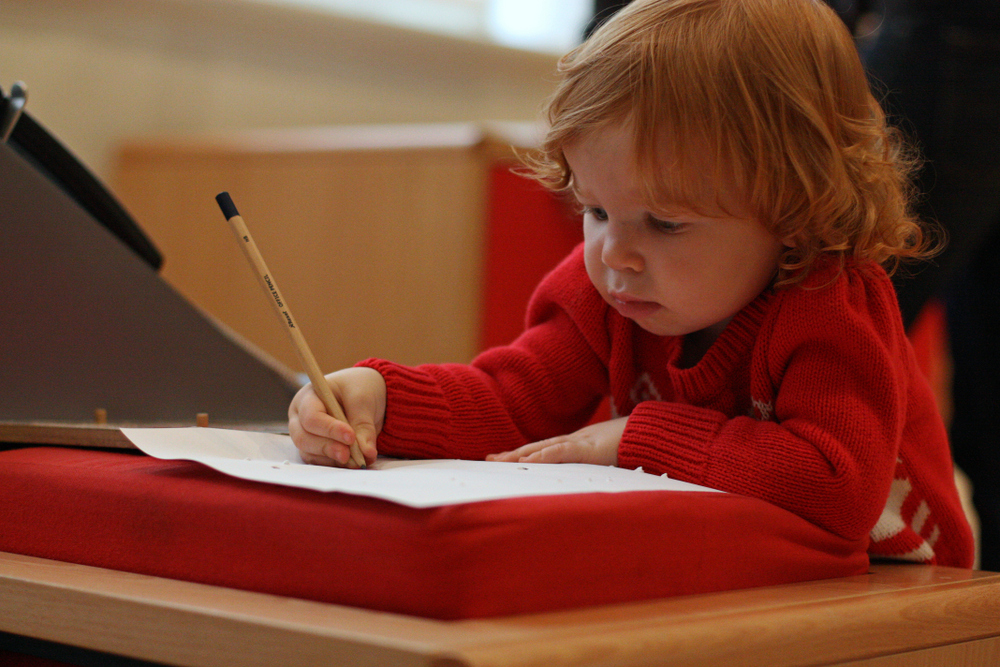 There was also a room with an old schoolhouse and tons of old-fashioned school things to use. Ella was really taken with the slate. Plus there were scavenger hunts for the whole museum, different games to play, and a ton of activities for all ages. Another room had a tiny puppet stage that the girls adored. 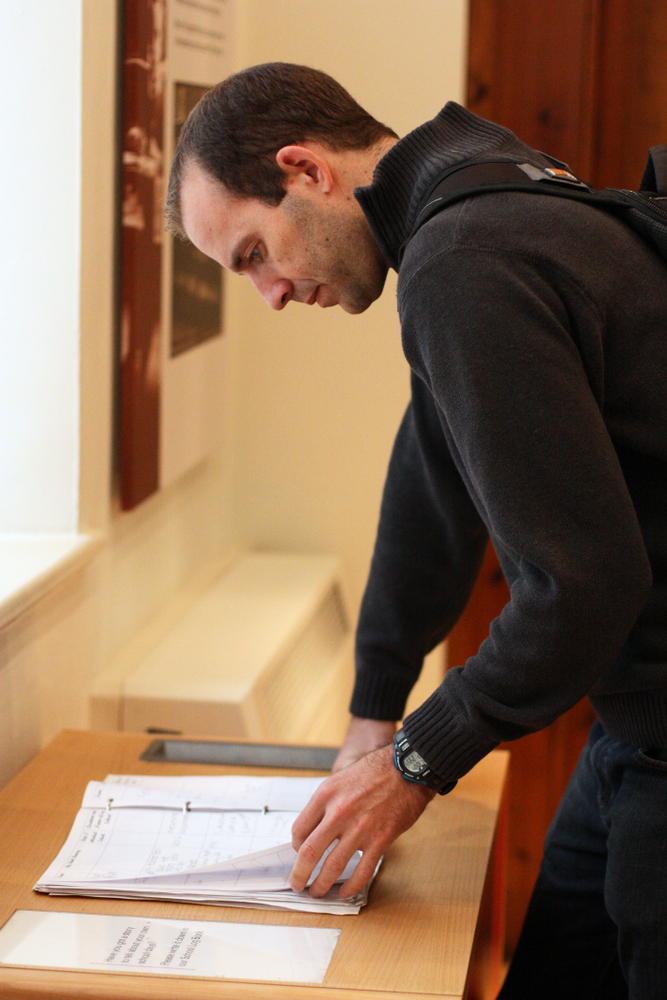 After some lunch, we headed south to Gloucester to visit the cathedral there. 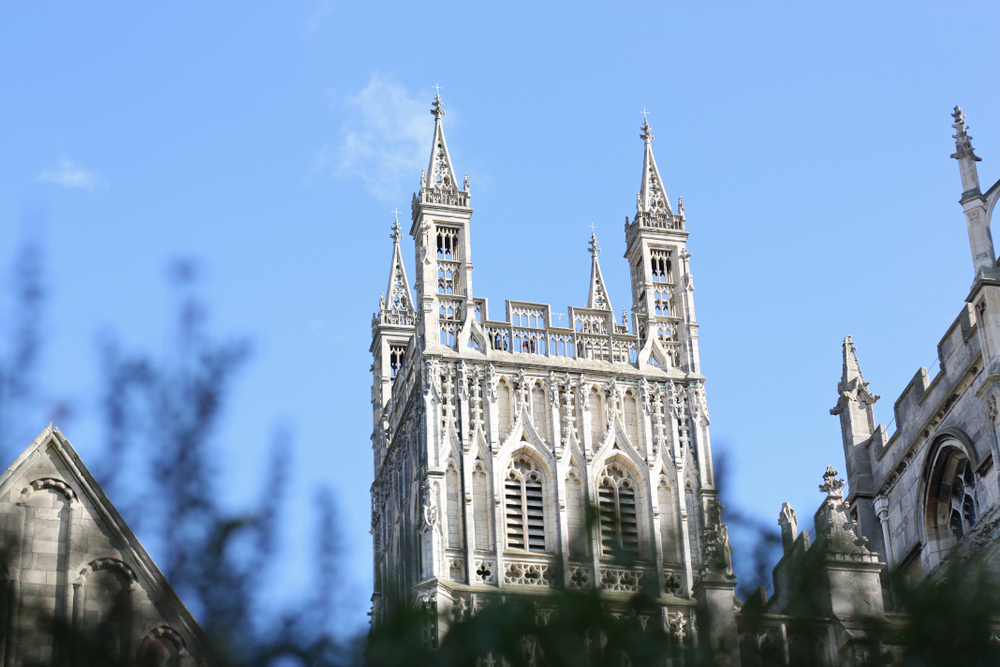 It was spectacular and the weather had cleared up. There were also a bunch of animal sculptures outside which the girls found more interesting than anything in the cathedral itself. 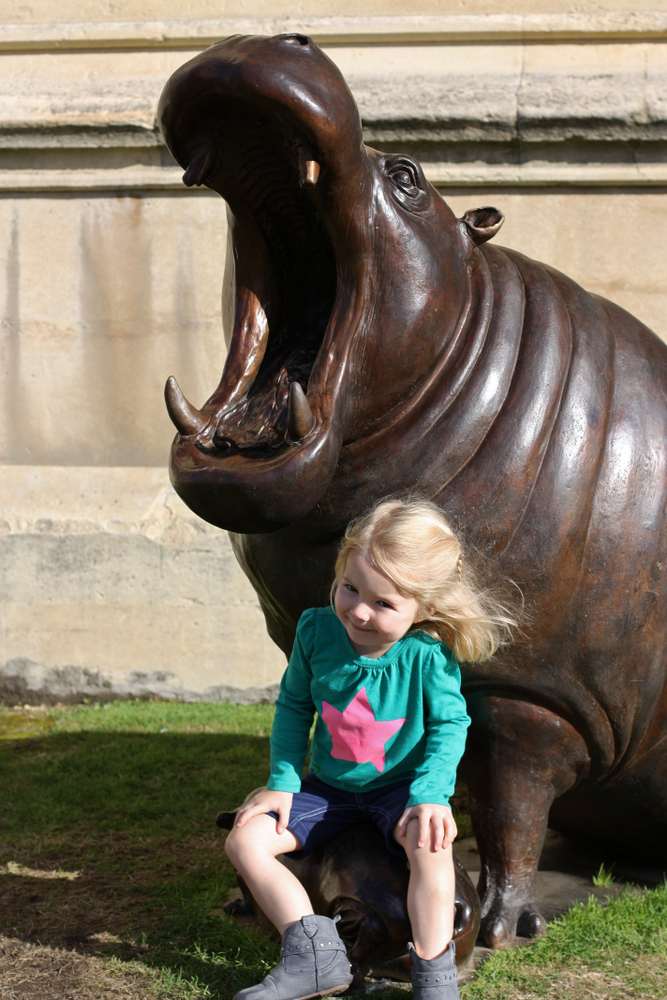 We’d considered staying for Evensong, but decided instead to drive on to Bath and get to our hotel earlier enough to take advantage of the indoor pool.
Our hotel was a Best Western, but. . . it was not like a Best Western in the US. It was super nice, and had a wedding going on (you can imagine that we felt a little ridiculously walking down to the pool in our swimsuits as we passed a dozen people dressed in tuxes and full-length gowns).
We had the pool to ourself and the girls loved every second of it.
Once they were tucked in bed, Bart and I went down to the bar and had some dinner, which felt more like a date than anything we’d done in the last six weeks.
The next morning everyone slept in a tiny bit, we ate the sad remainders of our food for breakfast (some chips, a few broken belVita breakfast biscuits, and a bunch of apples and oranges from the front desk, along with some hot chocolate in our room – U.S. hotels, take note. Not everyone wants coffee) and then we drove into Bath. 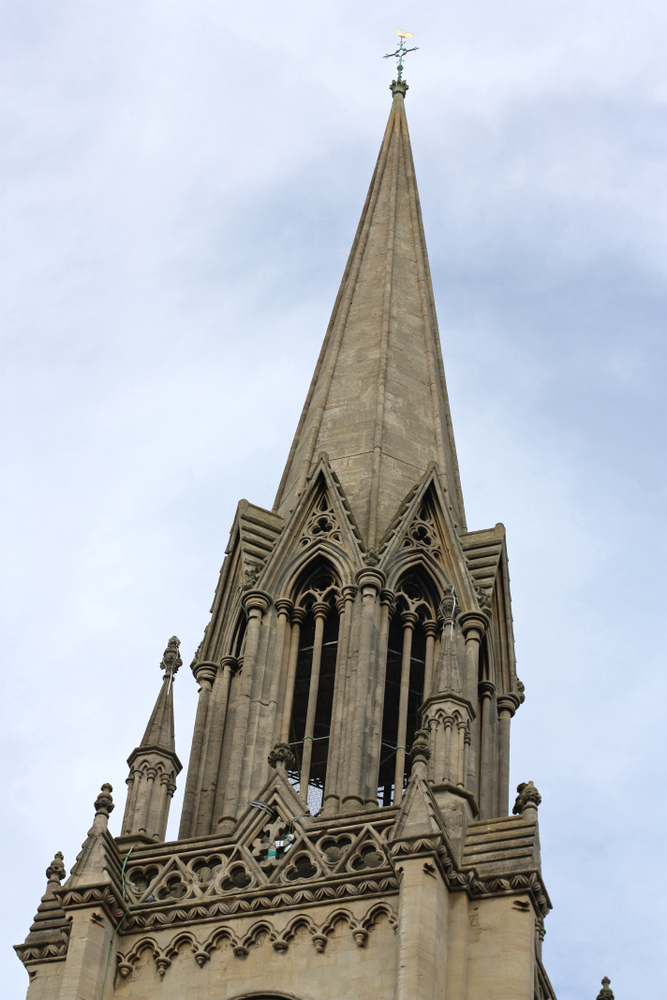 It was a beautiful morning and there was a big food festival going on, so there were tons of people out and about.

There was also an older gentleman playing big band music in one of the squares, and the girls spent probably 20 minutes dancing around. 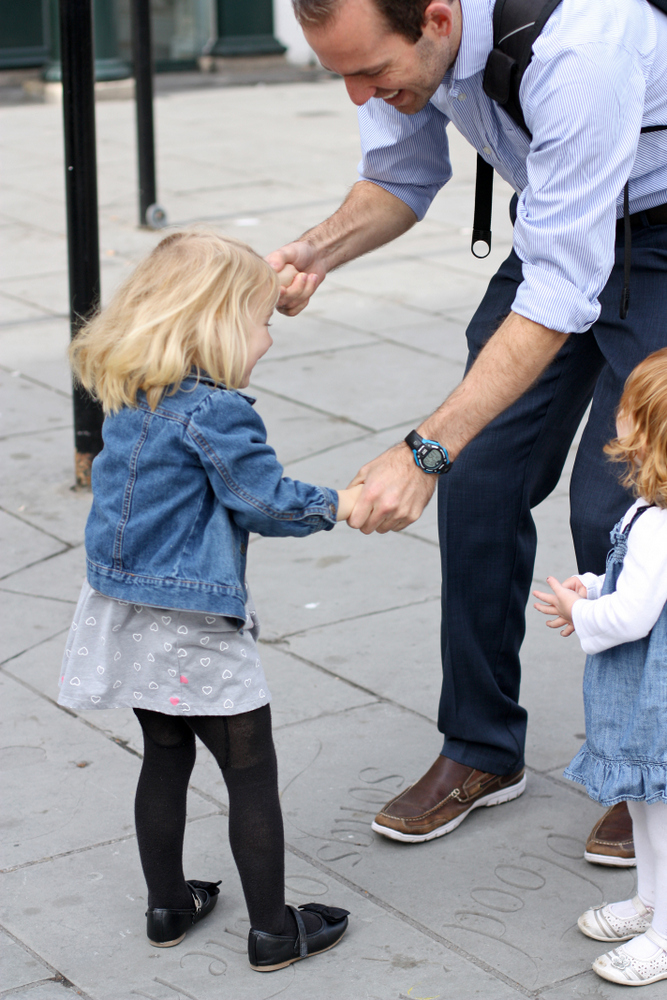 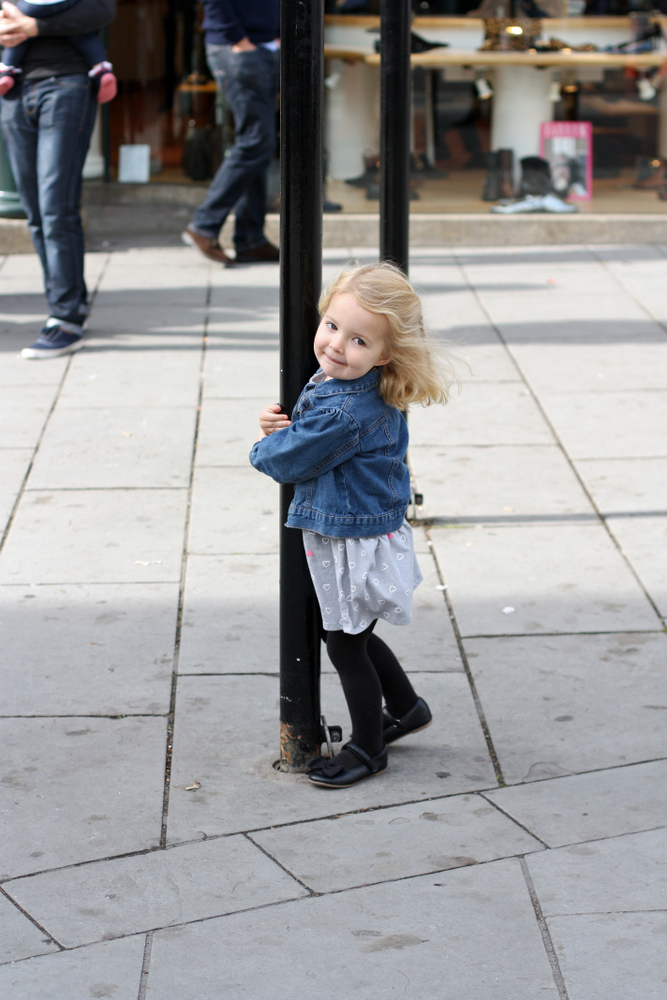 We were all pretty starving at this point, so we found a bunch of picnic tables on one of the side streets and had some fantastic bagel sandwiches. 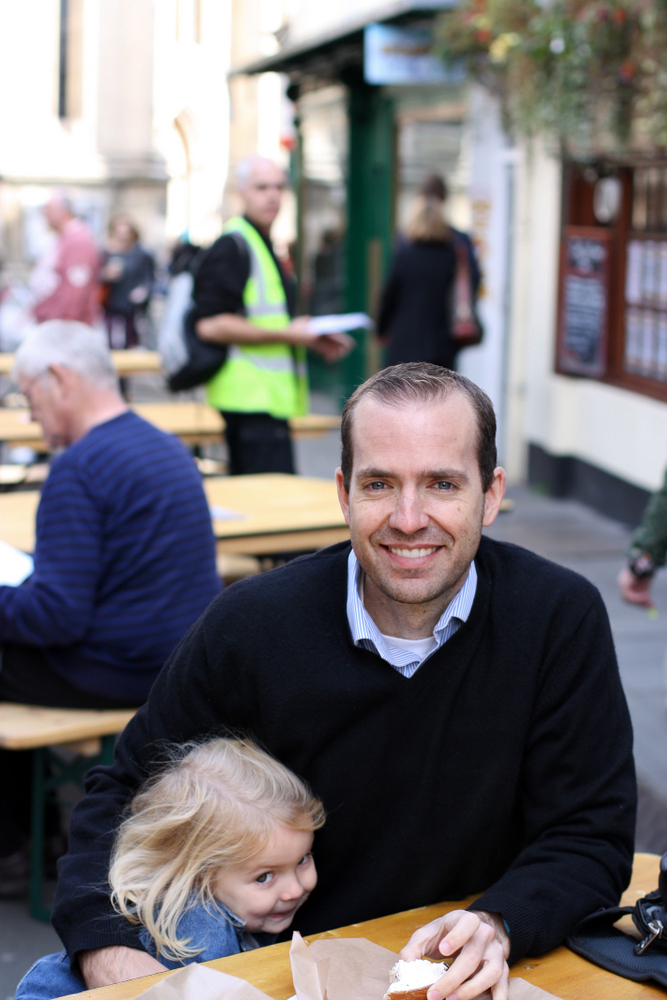 Mine was brie, bacon, and tomato chutney, with arugula, which, charmingly, they call “rocket” here. 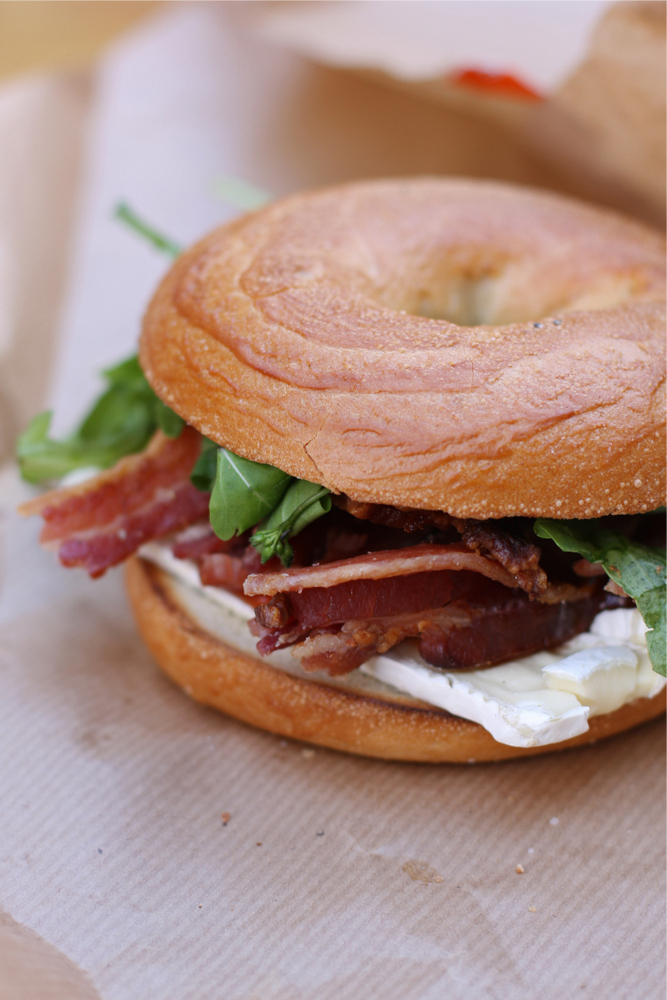 After finishing off with some ridiculously delicious brownies and chocolate cake with cream cheese frosting, we wandered through a few more streets, and stumbled upon Mr. B’s Emporium, which was the most delightful little bookshop. 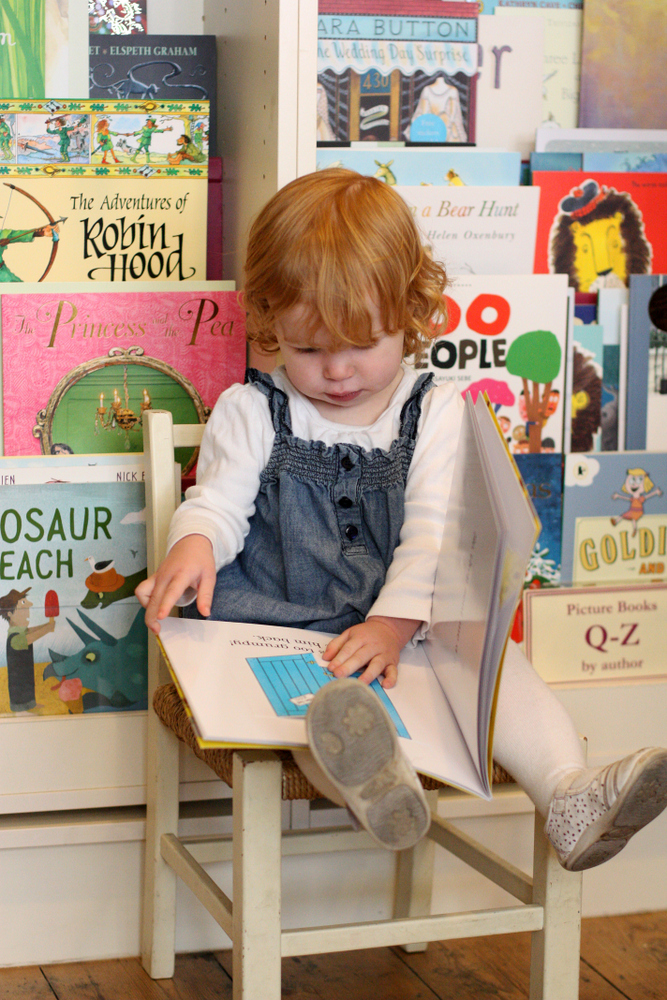 We’d thought about stopping at the Royal Victoria Park which was supposed to be beautiful and have a great playground, but it was getting close to nap time, and we were ready to head out. 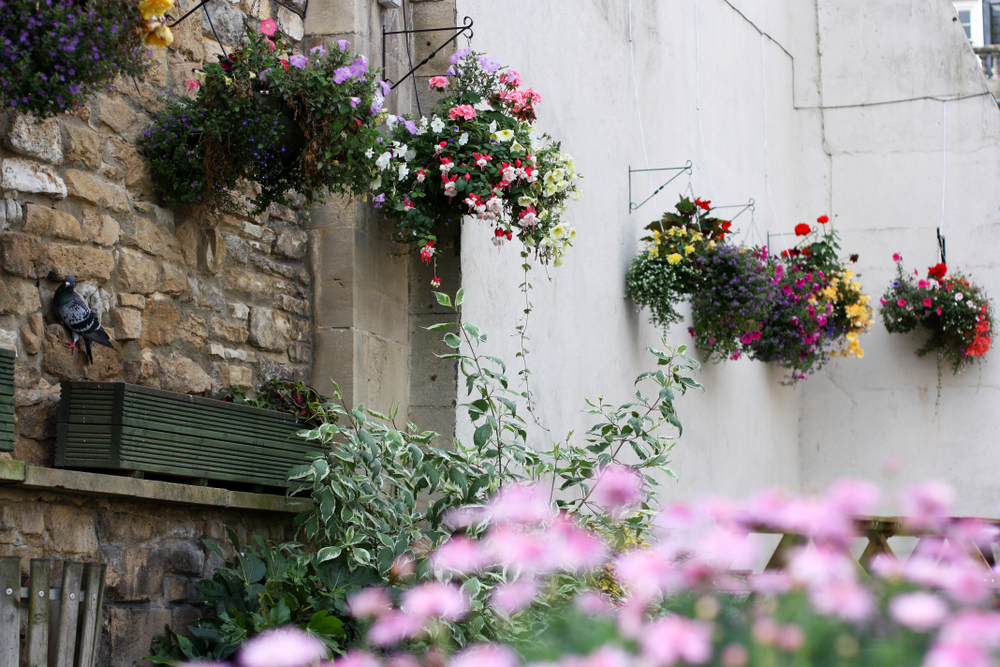 A stop at Stonehenge and possibly the Salisbury cathedral had been our agenda for Sunday afternoon, but at this point we were all pretty tired and ready to get back to London without a bunch more stopping.
Ella conked out pretty quickly, but despite it being both her naptime and the fact she was ridiculously tired, Ani would not fall asleep. This was not irritating at all, as you can imagine, especially because she wanted us to know she awake by screeching and crying most of the way back home.
Bart dropped us off at the house and I unpacked while he returned the car (and when he got back, we all sighed a bit of relief that we’d managed to return the car in one piece without incident).
It was a fun weekend, and it was just as fun to come home to our quiet little London neighborhood. I can’t tell you how nice it is to have a home. 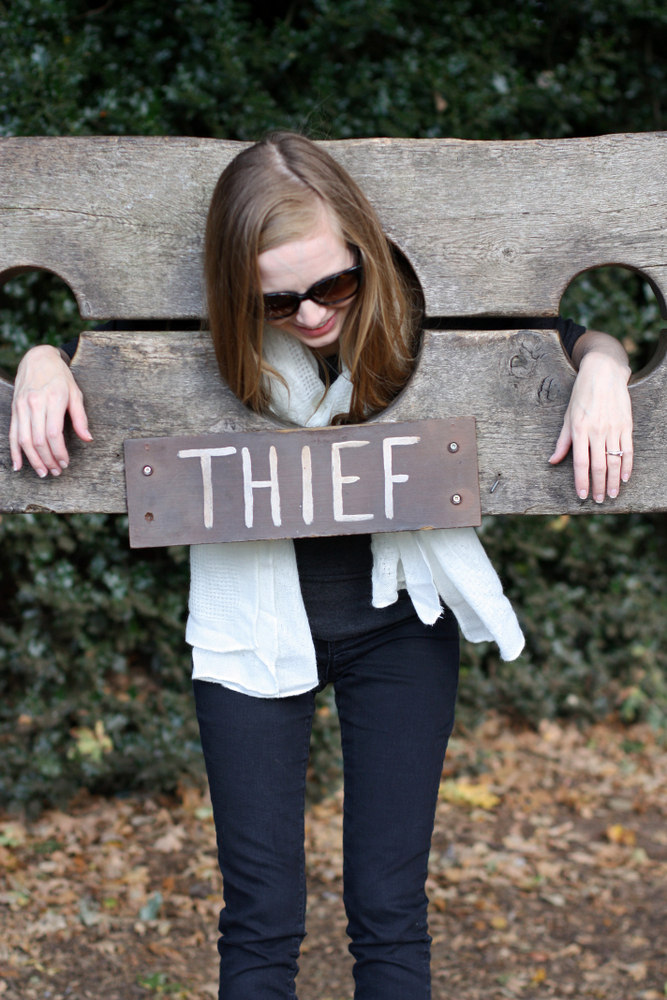