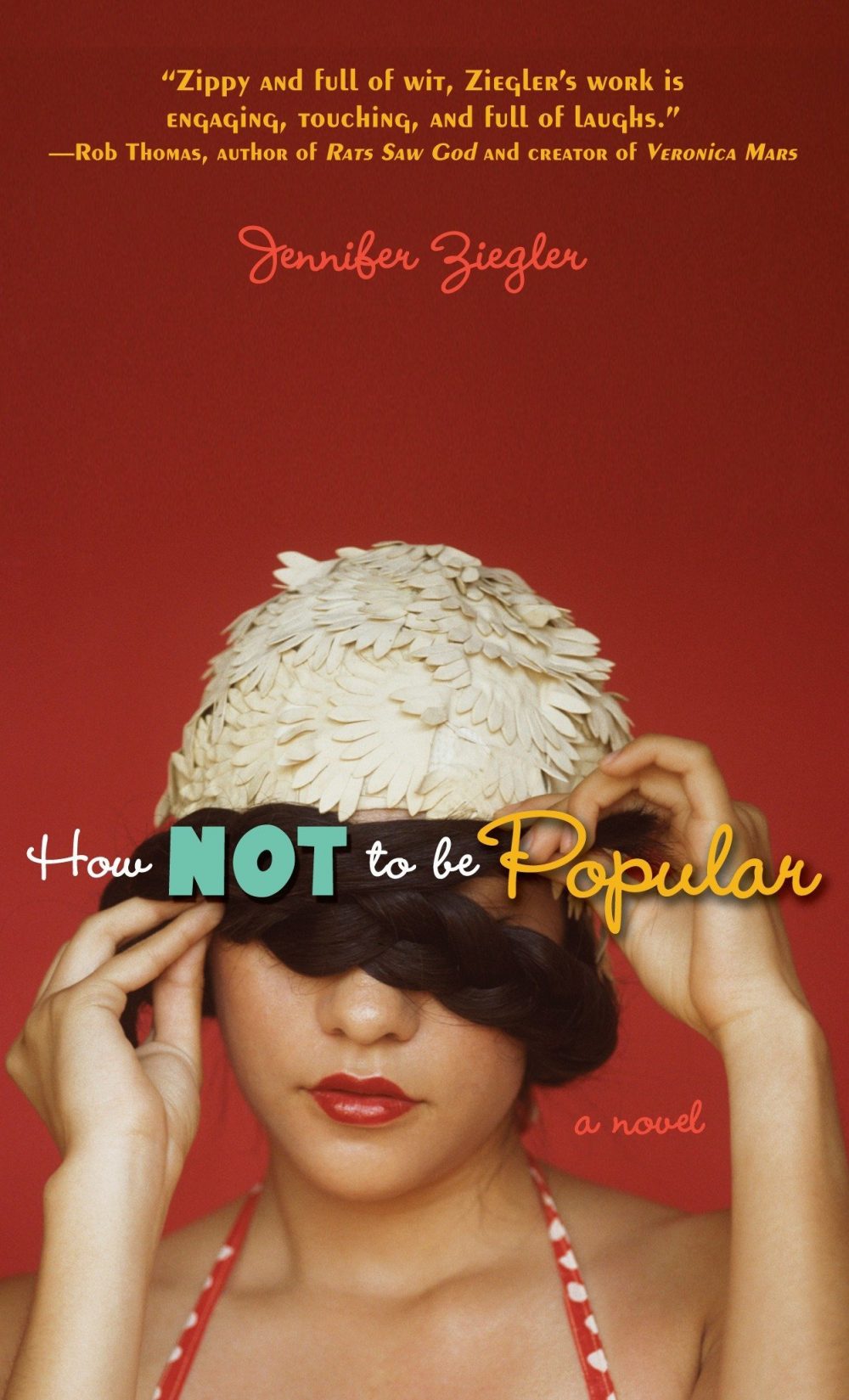 Remember how last year I rambled on and on about the Texas Book Festival? (What’s that? You’ve completely blocked it from your mind?) This month they finally posted the list of authors who will be coming in November and so I’ve made myself a giant list of all the books I want to read before it comes. How Not to Be Popular is the first and it wasn’t a bad start.

How NOT to be Popular by Jennifer Ziegler

Maggie (real name “Sugar Magnolia” after the Grateful Dead song) has two uber-hippie parents (as if you couldn’t guess that from her name) and they never settle anywhere longer than a few months. They’ve most recently left Portland for Austin.

As a child, Maggie liked the adventure of moving somewhere new so frequently, but now in high school, she’s tired of it. And leaving Portland is particularly painful as she’s also leaving her first boyfriend. Before she even arrives in Austin (her parents take a many-week detour through New Mexico), he’s dumped her via email, since it’s too difficult to maintain a long-distance relationship. Determined to avoid such heartbreak again, she determines she won’t make any new friends in Austin so that in four or five months when her parents decide that the wind is blowing them somewhere new, she won’t have to leave friends behind.

Maggie is good at fitting in at a new school – she knows what makes people willing to invite you to parties or to sit with them at lunch – so she figures she’ll do exactly the opposite. Her father is running a thrift store in Austin, so she has access to some of the world’s most hideous clothing, including a pioneer-style prom dress, a mechanic’s jumpsuit, and a floral swimming cap.

Of course, the kids laugh behind her back and stare a bit, and she feels like things are going pretty well. When a flabby girl sits with her at lunch, telling her about her sinus headaches and food allergies, Maggie figures that associating with someone like this will help keep the cool kids away. When the girl invites her to join the Helping Hands club (clearly the nerdiest club at school), Maggie figures it can only help Operation Loser.

The president of the club turns out to be Jack, a teenager with an old-person’s soul. He wears slacks and a dress shirt to school every day and has his hair parted. Maggie thinks of him as the Young Republican and is sure they would never be friends because he’s too uptight and conservative.

Then, when she goes to a movie alone one night, she ends up in line behind him and when he asks her what she’s seeing, she picks the lamest, most boring sounding movie playing (all part of the “I’m too weird to be friends with” game). But, he is too and the two of them are the only ones there. He’s surprisingly nice and not really what she expected at all. She’s afraid that she could see herself liking him and so she tries to scare him off by acting wacky, but he seems more amused than freaked out. All of this means she’s pretty unhappy when he shows up at the Helping Hands meeting.

Eventually he asks her on a date, which she can’t say no to. They have a good time, despite her best efforts to sabotage it (including her parents being their normal weird selves when he picks her up).

After a month or two, though, she realizes she likes the nerdy Helping Hands kids – they’re nice and funny and she feels like she belongs. Terrified that her plan is backfiring and that she’ll end up unhappy when her family leaves, she shuns them and turns to the shallow, popular crowd whom she’s sure she won’t miss when they leave Austin. Obviously, the Helping Hands kids are appalled by her behavior and are outraged that she’s been using them to stay unpopular.

And then her parents announce that it’s unfair to make Maggie move so frequently and now that they’re in Austin, they’ll stay until she graduates at least. Oh dear. . . .

I was all prepared to give this book four stars (out of five), but the last quarter of the book kind of let me down, so it lost a star. Alas.

Maggie is a good character – it’s easy to identify with her conflicting feelings of making a fool out of herself and not wanting to be labeled a loser. Is it worse to court possible heartbreak or to have no friends ever?

Her parents are a little much – I really can’t believe that anyone would be so totally weird and, if they were, I definitely don’t buy that the whole student body would love them when they showed up at school lunch, showing off their juggling skills and talking about ways to prevent urinary tract infections. Really? Would you be lining up to tell someone that you wished your parents were like that? I didn’t think so.

How NOT to be Popular was one of those books where you laugh at some parts and just cringe at others because, oh, it’s painful to watch someone go to school in mutton sleeves and a giant bow on their bum.