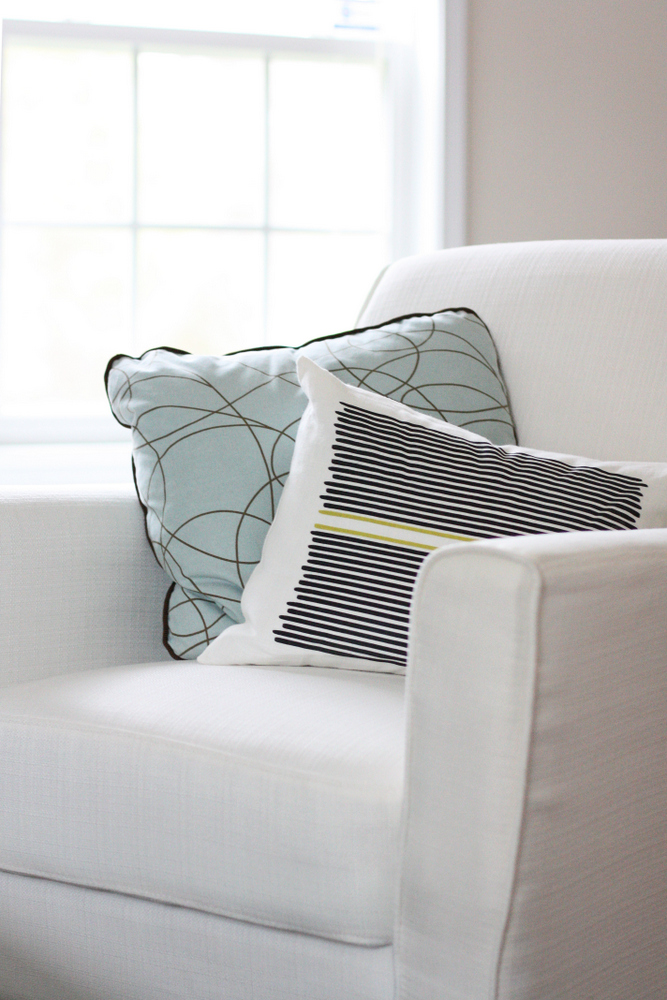 I’ve mentioned before that our furniture is being almost entirely rented to the family that took over our lease in our old house.

We stopped by and picked up a few things during our first week back in North Carolina, but for the most part, we were really starting from scratch here.

And, of course, it’s complicated by the fact that we’re only in this house for six months, so we don’t want to kill ourselves to make things perfect for this house when we’ll be gone so soon.

But I also am not the kind of person who can just be happy living in something that looks like I picked up everything on the free page of Craigslist and with a new baby, I knew I’d be spending a lot of time at home, so I wanted at least a few rooms to feel pretty finished and be functional for our family.

I met several members of the Wayfair team at Alt Summit last January, and I worked with them on some of the furniture, which was pretty much the best thing to happen to our house.

It was pretty thrilling to go from a completely empty living room to see it fill up bit by bit into a really useable room. 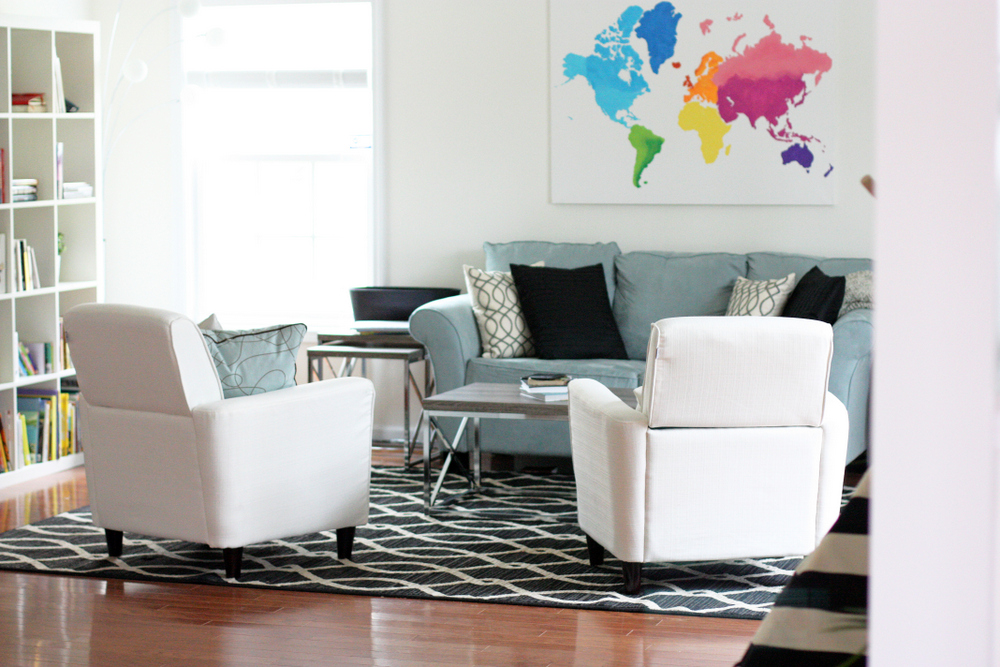 This room is at the back of the house, by the kitchen, and we spend most of our time here.

It’s an enormous room and kind of weirdly split, so this section is the family room section while the other part is the play area (I’ll share that in the next couple of weeks). I love that this area doesn’t feel too childish while still being so near where the toys are. 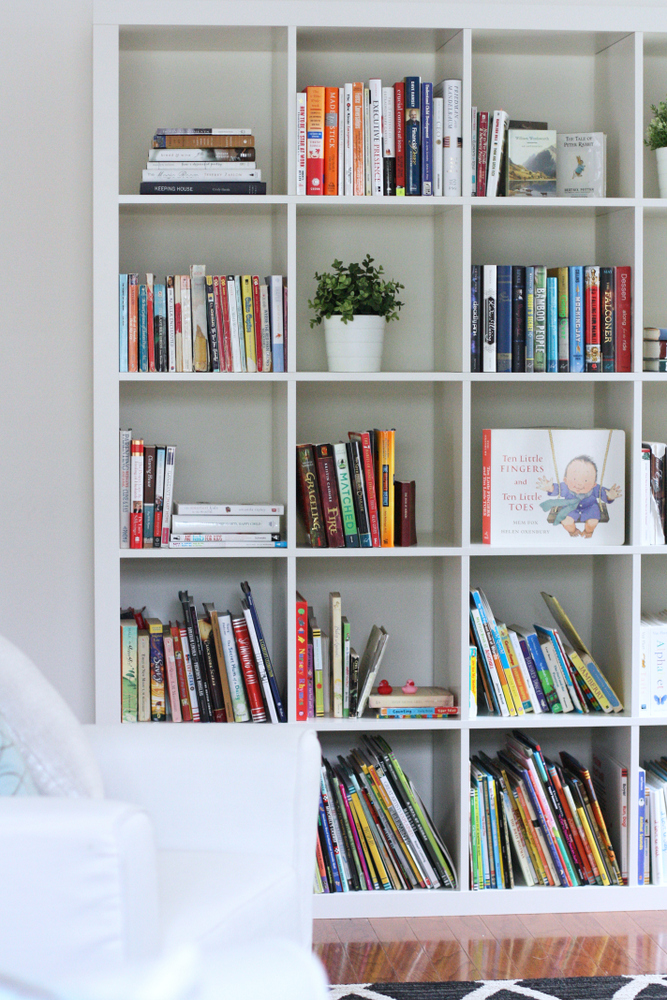 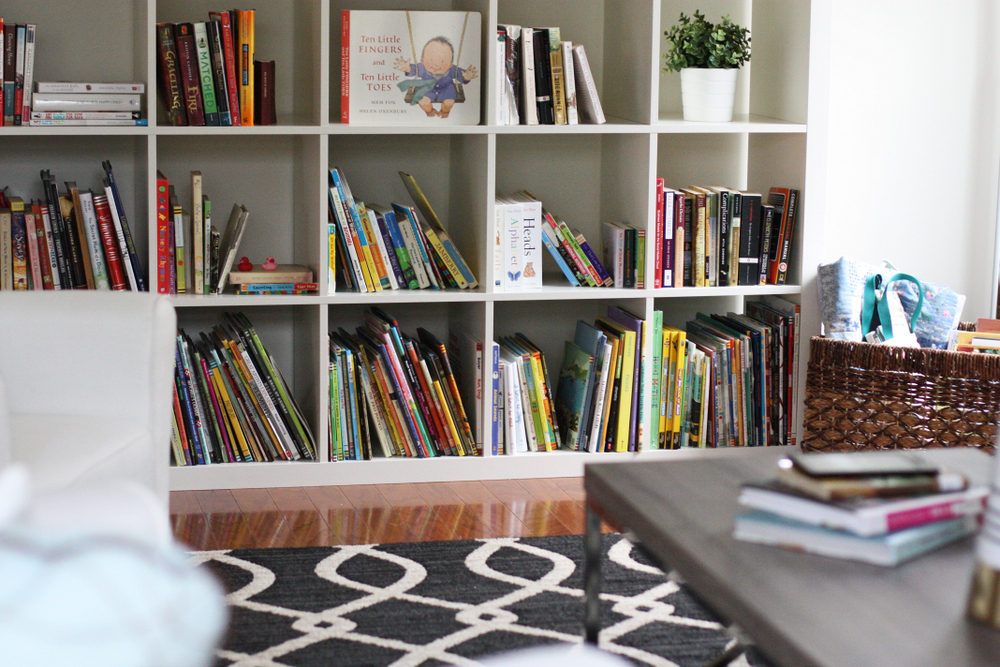 We also moved all the picture books onto the bottom two shelves of this bookcase so they are easily accessible and now that we actually have somewhere to sit, we spend a ton of time reading books on the couch. 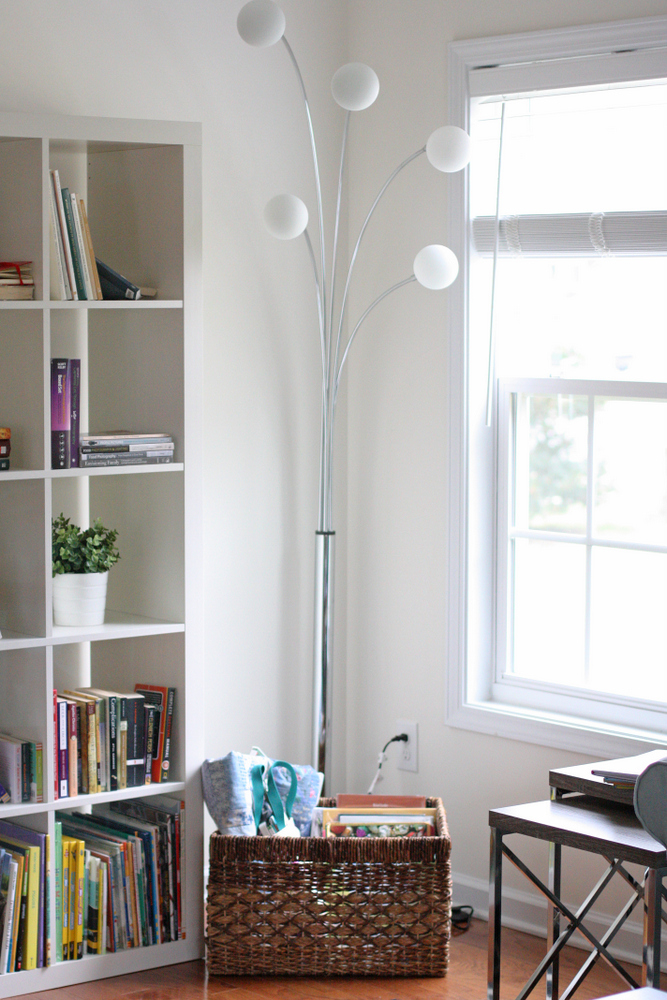 Also, this room has beautiful natural light, with two big windows, but at night, it’s like a CAVE. This floor lamp made a huge difference (as did unscrewing the ceiling light to discover that not only was one of the bulbs burned out, but the other one that did work was a FIFTEEN WATT BULB. Who puts a 15-watt bulb in a room this big?). 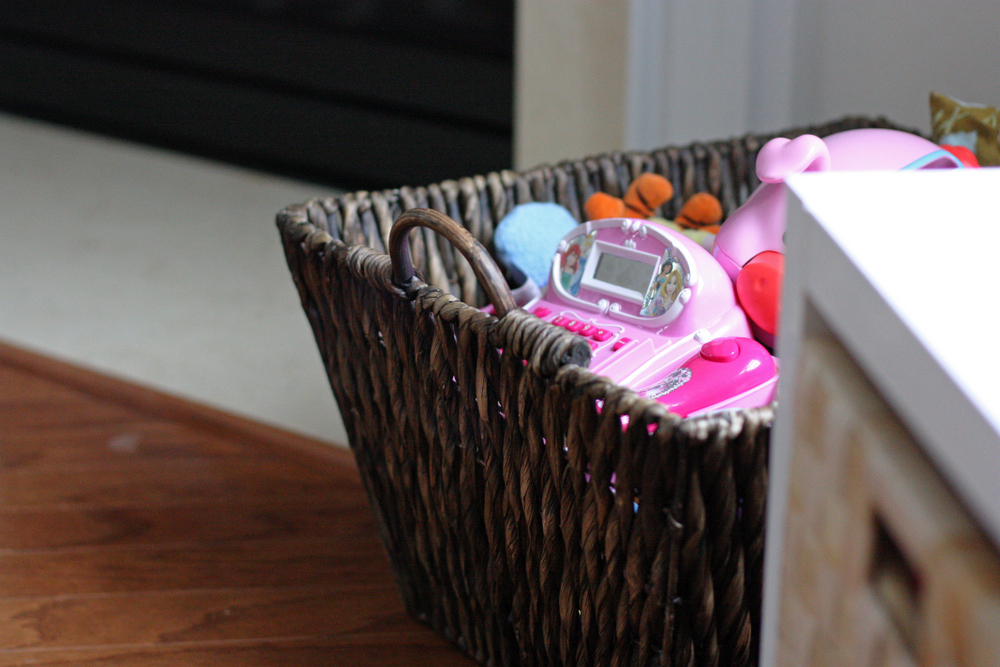 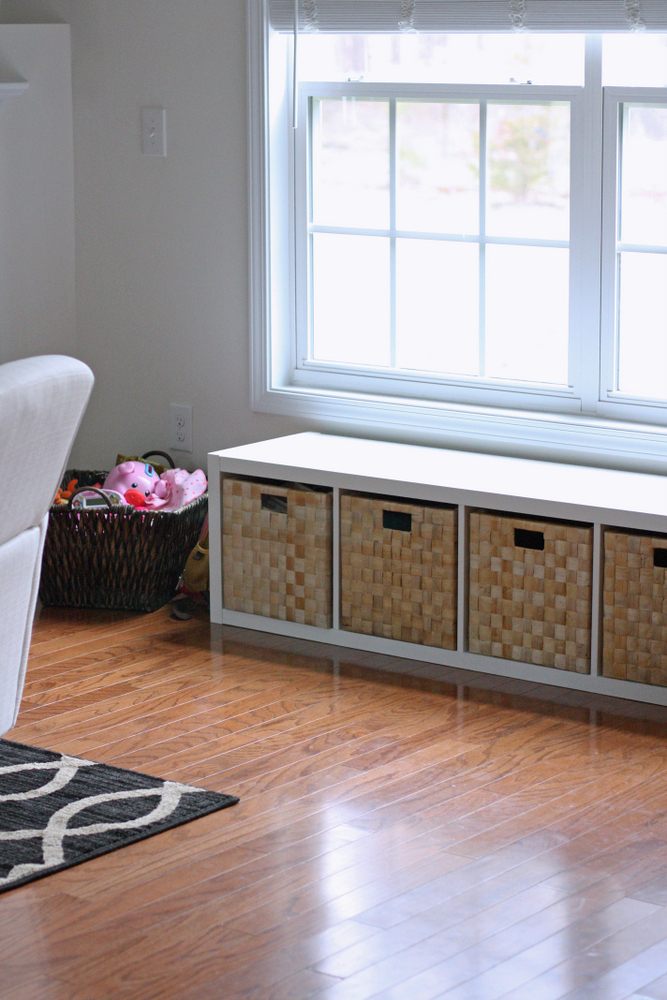 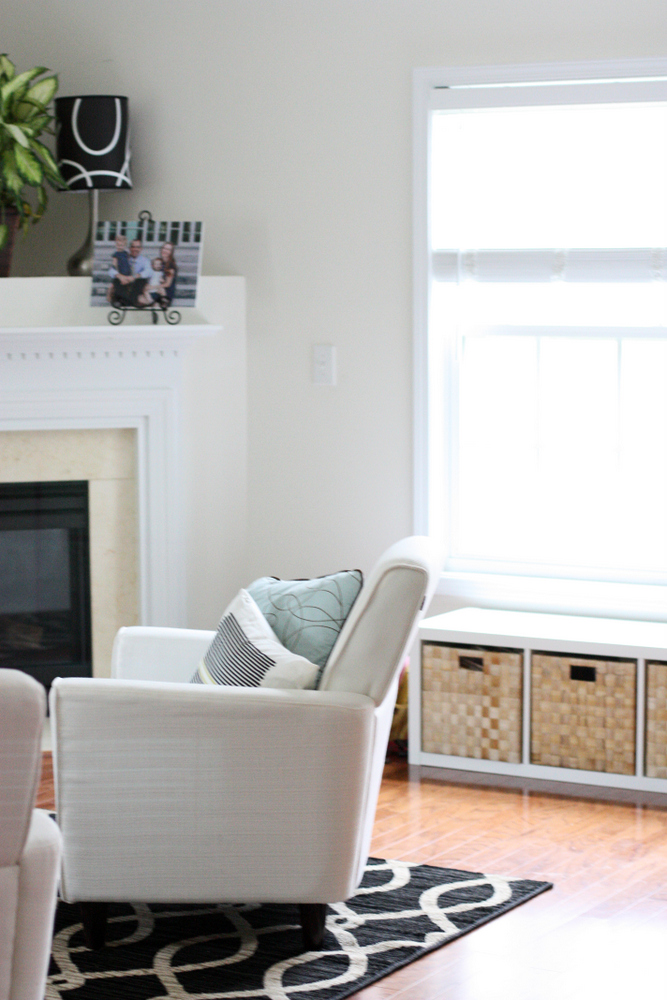 We went around and around on what to do under this low window, and I’m delighted by how this bookcase worked out. Not only does it provide some good toy storage, but it also provides a little extra seating and a place for the girls to play. You can almost always find Ani using it as a changing table for her doll. 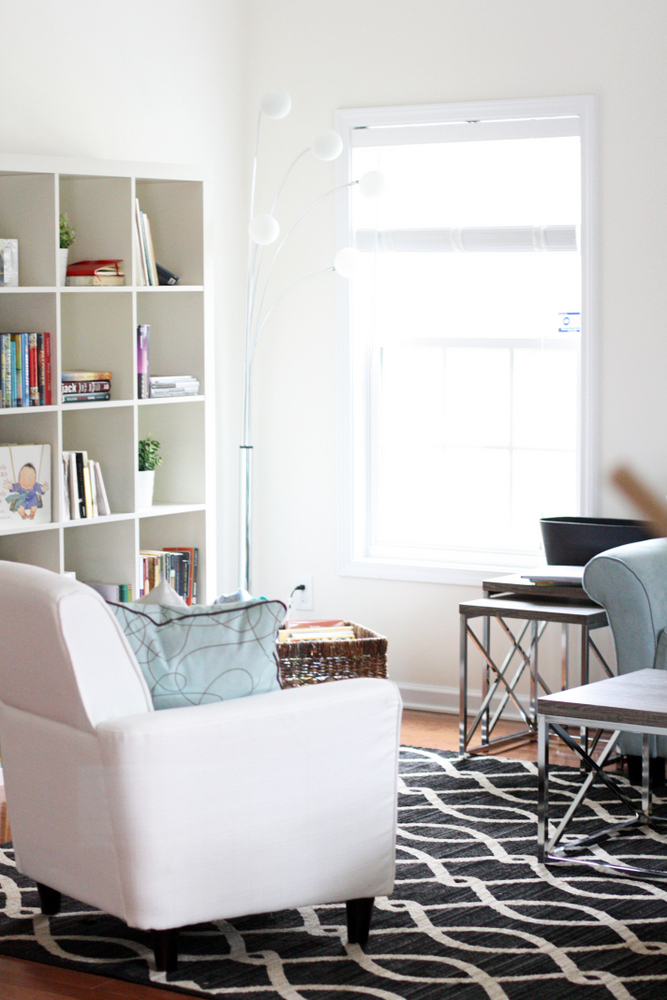 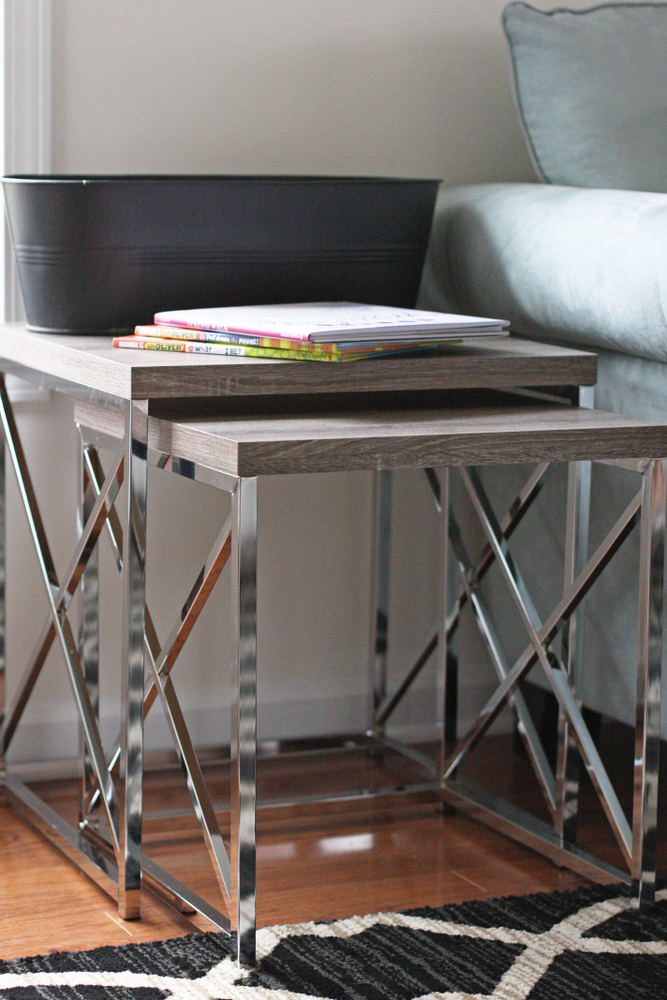 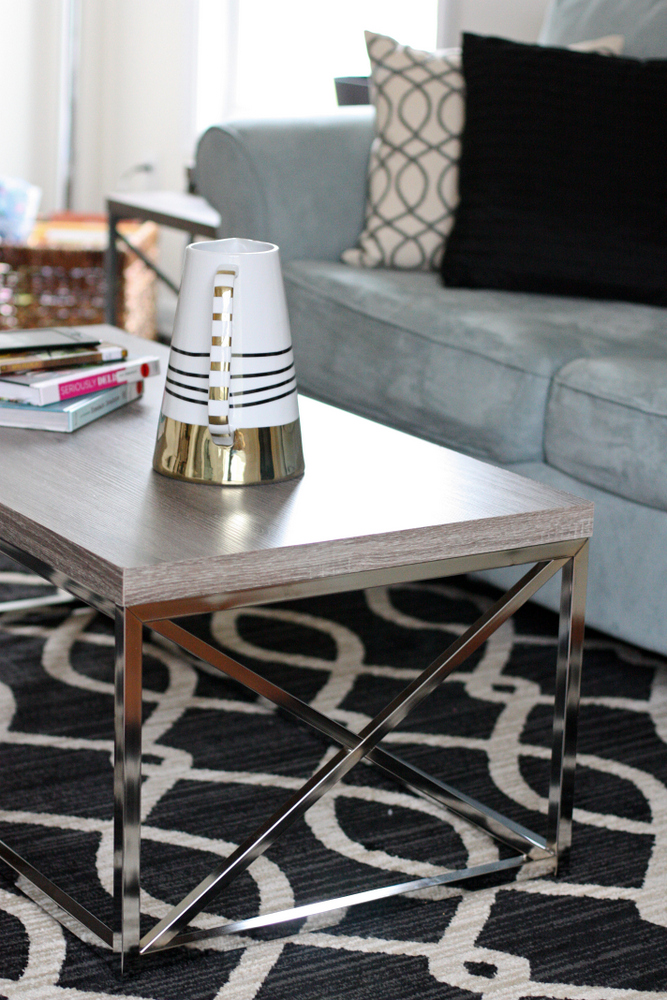 The kitchen looks into the family room, so it’s great because the girls are much more likely to play while I make dinner than they ever have before in their entire lives, and when we have company over, they can sit down and I don’t feel like I’m left out of the conversation. 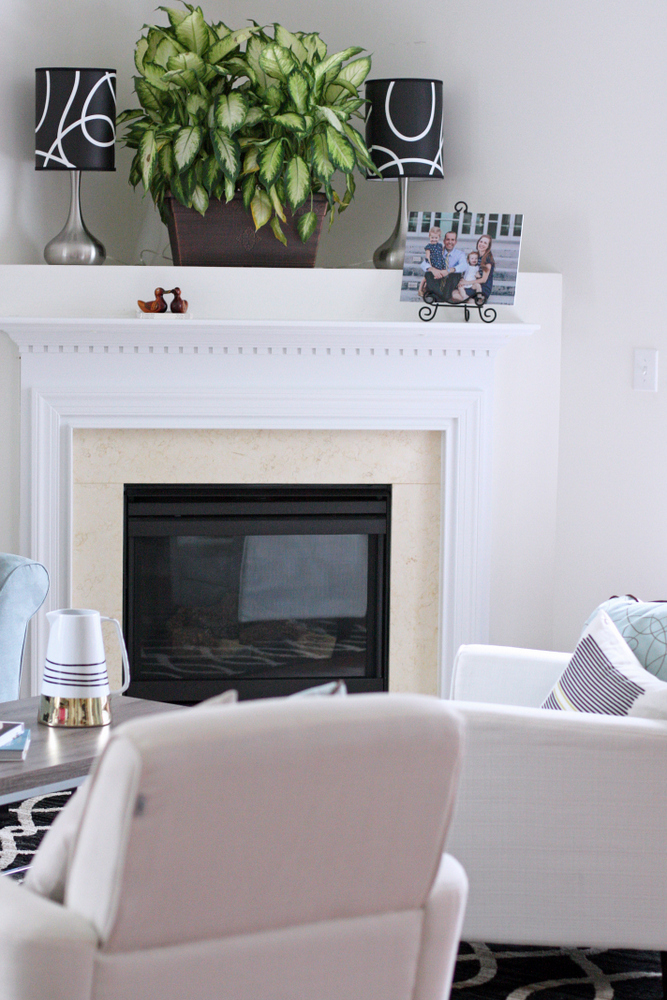 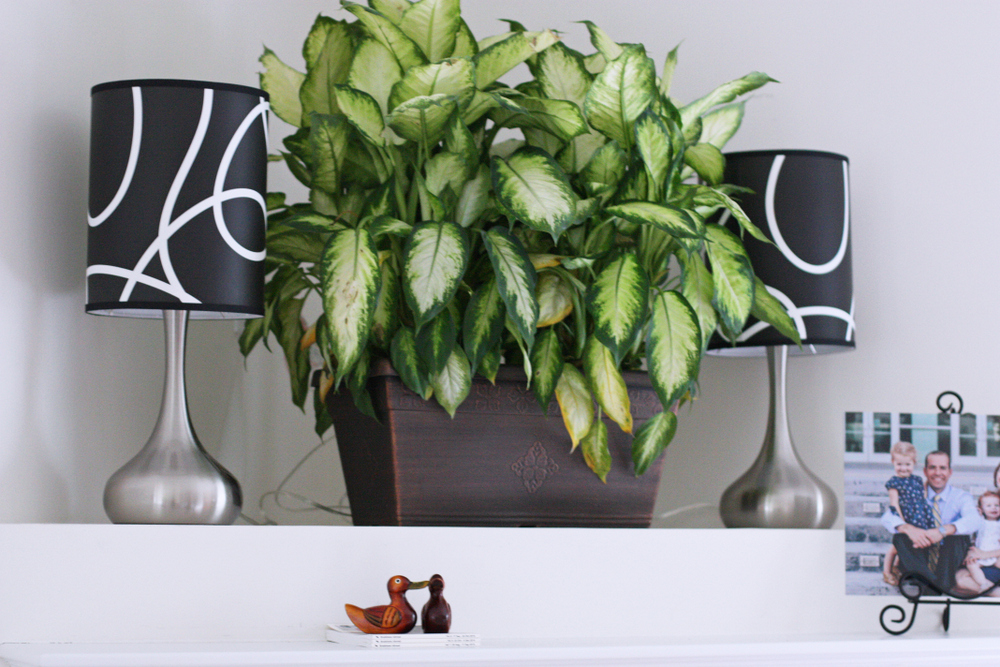 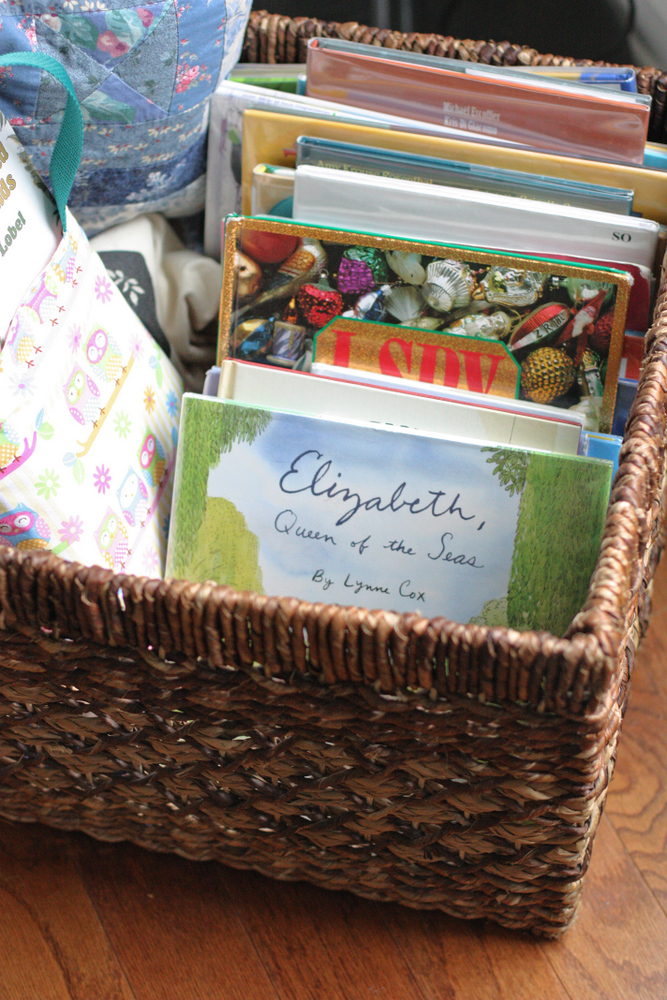 It’s been a total dream to have such a functional living area, and I’m so pleased with how it turned out.

I really gravitate toward fairly minimalist rooms, but I also like some bright color, and for me, the balance is just right.

And on afternoons like yesterday, where I sat on the couch and read while keeping an eye on the girls feeding bread to the birds in the backyard through the big window, I thought, “It is going to be really really sad to leave this house behind in July.” 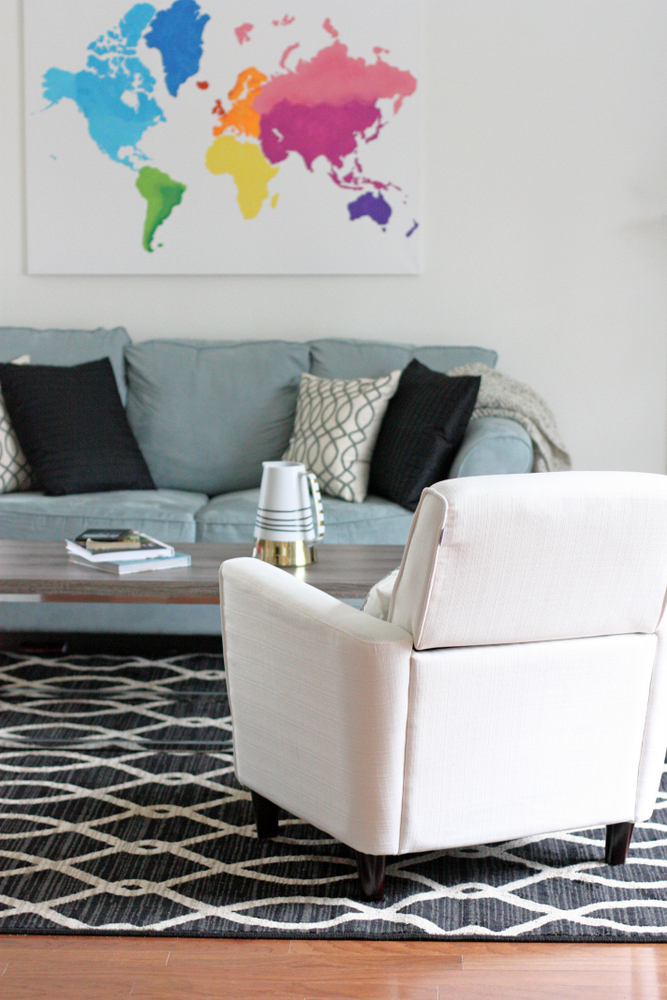 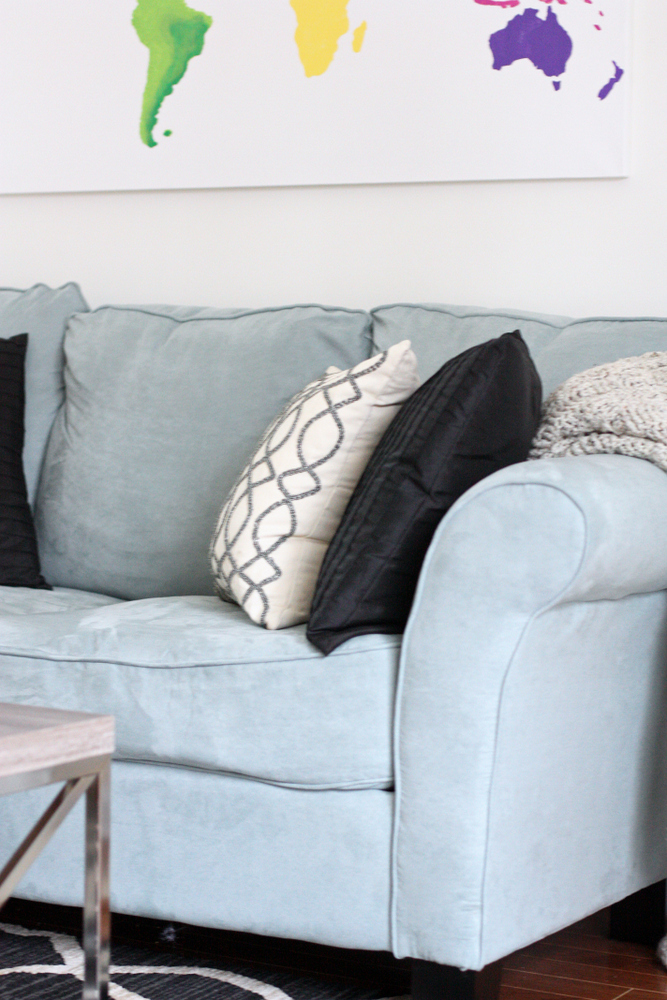 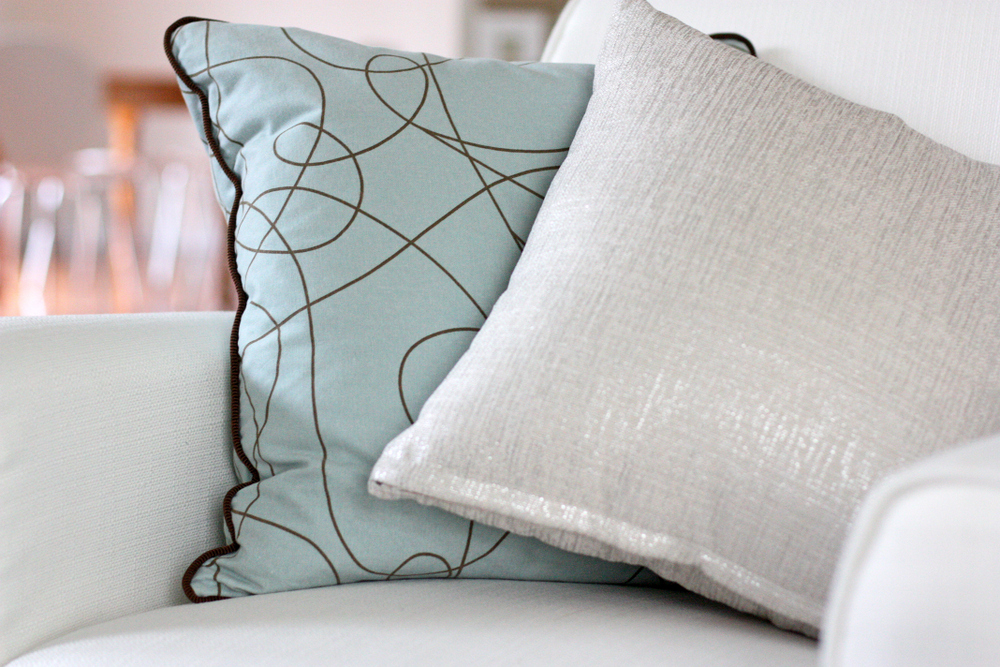 Previous Post: « All the Money in the World: What the Happiest People Know About Getting and Spending by Laura Vanderkam
Next Post: A Night at Cocoa Cinnamon »