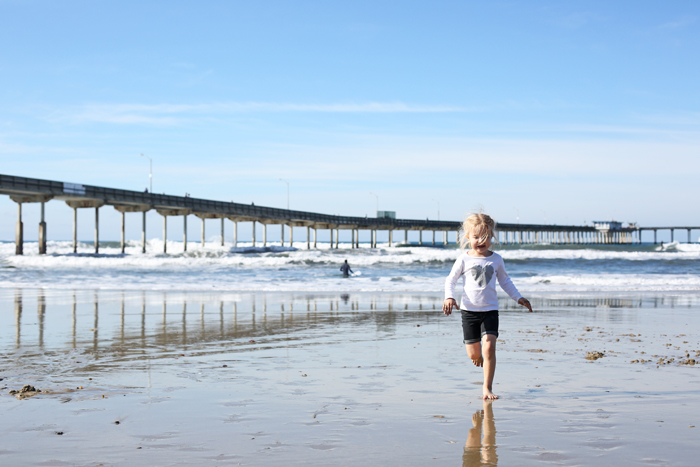 A couple of weeks before Christmas vacation started for Bart and Ella, we started tossing around the idea of going somewhere to kick off the holidays.
I have lots of happy memories of visiting southern California when I was growing up and now that we live only about five or six hours away, I love the idea of going reasonably often (it helps that Merrick lives there too).
We did a quick browse through AirBnb and found a darling little house in Ocean Beach within walking distance of the water and I was sold.
School got out on Friday and we enjoyed a low-key weekend at home, then drove down to California after church on Sunday.
The drive seemed to take FOREVER, but we finally arrived and the house was just the CUTEST place in the world. Because we are those kinds of nerds, we looked it up online and discovered that it had been a complete dump just a couple of years earlier and had been completely renovated. And it was SO nicely done.
I loved the beautifully-tiled bathrooms, the well-stocked kitchen, the back deck, all the beach chairs, toys, umbrella, and wagon, plus the games and movies.
There was a little sunroom stocked with toys at the front of the house, complete with a little Christmas tree on a timer so when we drove up, it was lit and looked so cheery and welcoming. And the girls were over the moon about all the new toys and books. There was even a full set of the Laura Ingalls Wilder books, so I knew this was the right house for us.
That sunroom also saved our lives while Star was napping then next couple of days because there was somewhere for the girls to play that wasn’t right next to Star’s room. 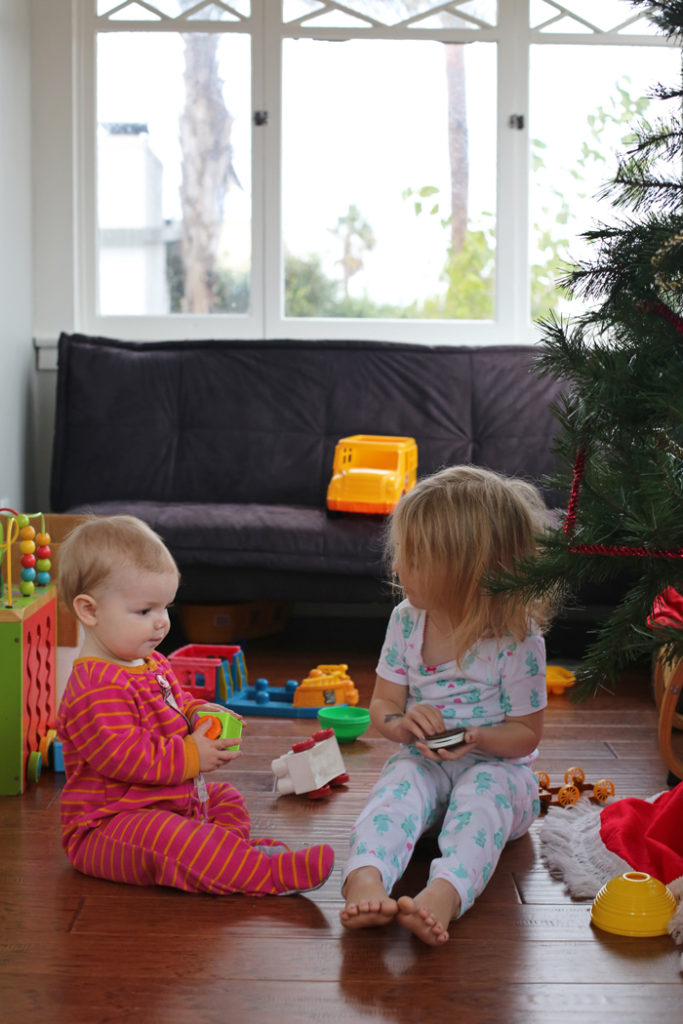 (This sounds like an ad for this house or AirBnb – we found it and paid for it ourselves. It just was a really darling place. It also made me glad we didn’t end up moving to California as we’d originally planned because, while it was a great place for the weekend, I much prefer not living in 700 square feet with three children).
I’d made a big pot of tomato soup the night before and we brought supplies for grilled cheese sandwiches, so when we arrived, we tossed together a quick dinner and then put the girls down for bed.
Our children were not awesome sleepers that night (sharing a room with Star meant she was not happy to be alone in her crib when she could tell we were RIGHT THERE and Ani’s beloved pacifier had just cracked and been thrown away a few days earlier, so she had quite a hard time too), so after a nap for me and the baby, we headed down to the beach. 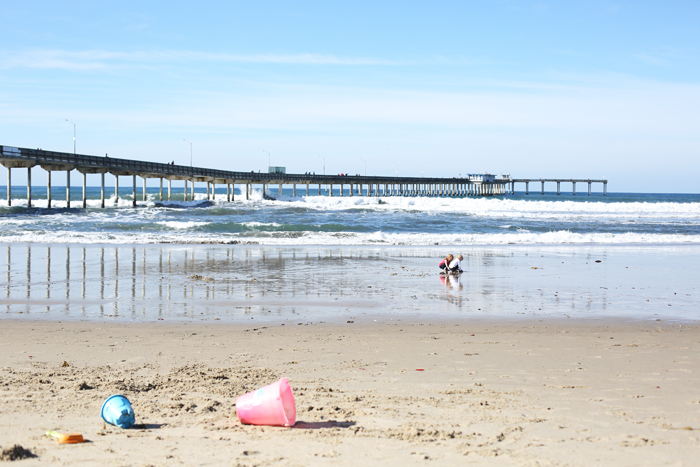 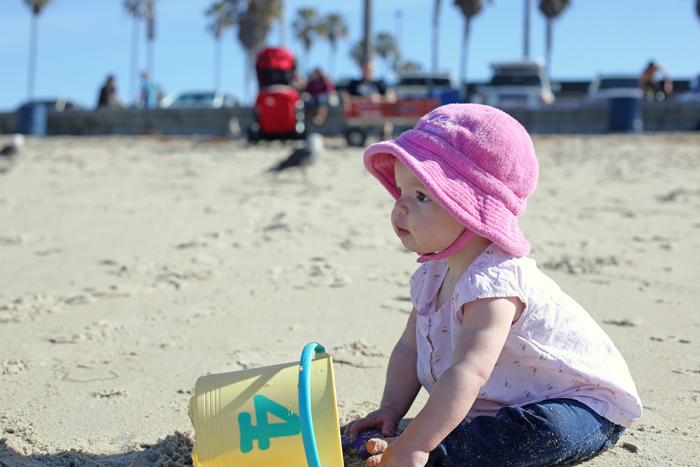 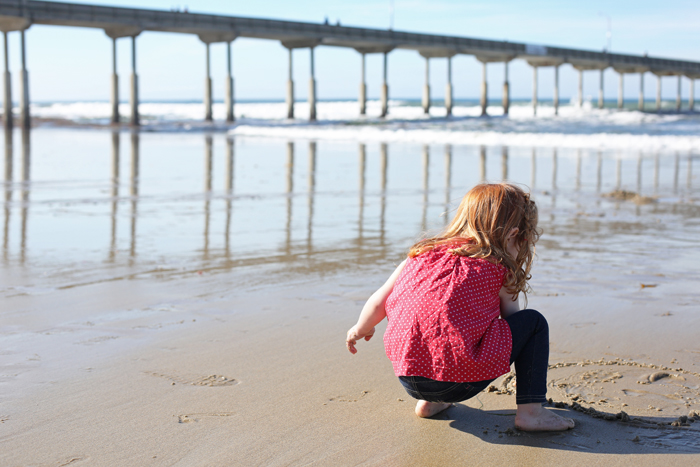 We picked up burgers at Hodads which was incredibly busy and the girls played in the sand for a couple of hours. When Star got fussy, I walked back to the house with her and put her down for a nap and Bart stayed and let the big girls keep playing, much to their delight.

That afternoon, while Star snoozed, the big girls and I walked a few blocks to the tiny little library branch and we played with Legos and read books for a while. I also got a library card to add to my growing collection (I wasn’t planning on it, but I had to print out our tickets for the zoo the next day, which meant I had to get a card, which meant we had to walk BACK to the house, grab my license, and then walk back to the library). 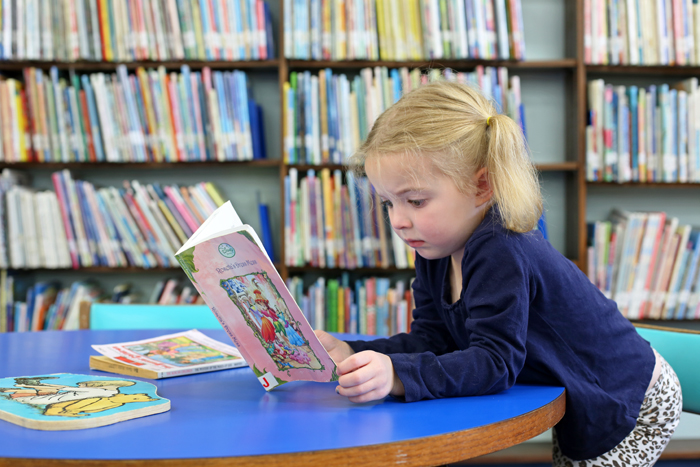 We walked back to the house a second time once Bart and Star were up, and then we drove up to La Jolla cove to see the sea lions. I was worried we wouldn’t be able to see them because it was completely dark by this time, but we could and it was the highlight of the trip for Ella.
Afterward, we walked up the hill to Little Korea and had dinner and then, since everyone on Instagram had insisted, we stopped at Baked Bear for ice cream sandwiches which were delicious. Let us not talk about the insane tantrum that Ani had in the car on the way there which resulted in no ice cream sandwich for her.
Tuesday morning was pretty drizzly, but we headed out to the San Diego Zoo anyway, and, thanks to the rain, it wasn’t very busy.
I hadn’t been since I was about ten (and same for Bart), so we were both really excited about going back and, of course, our girls have never met a zoo they didn’t love. 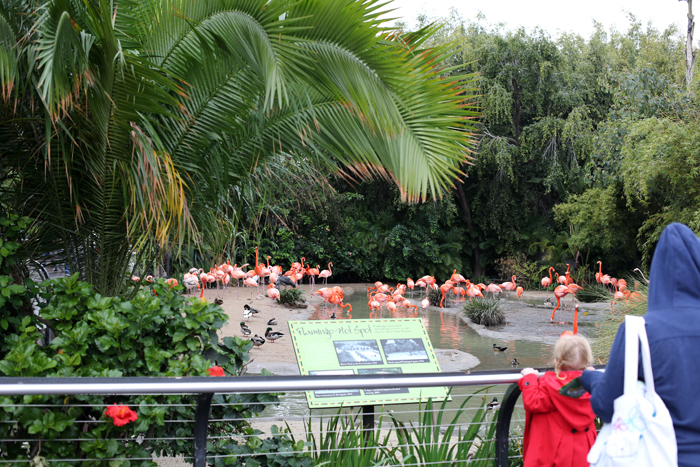 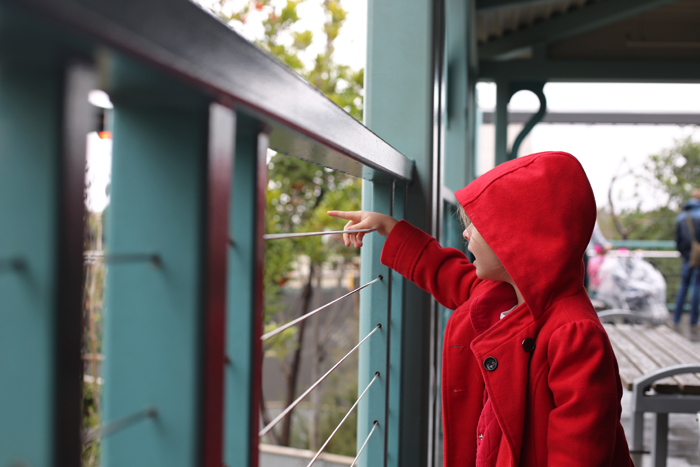 The highlight was the baby giraffe which had been born only a few days earlier and looked so tiny next to his gigantic parents (although he was as tall as I am!). The rhino was also incredibly impressive and I loved seeing the panda and the polar bear too. 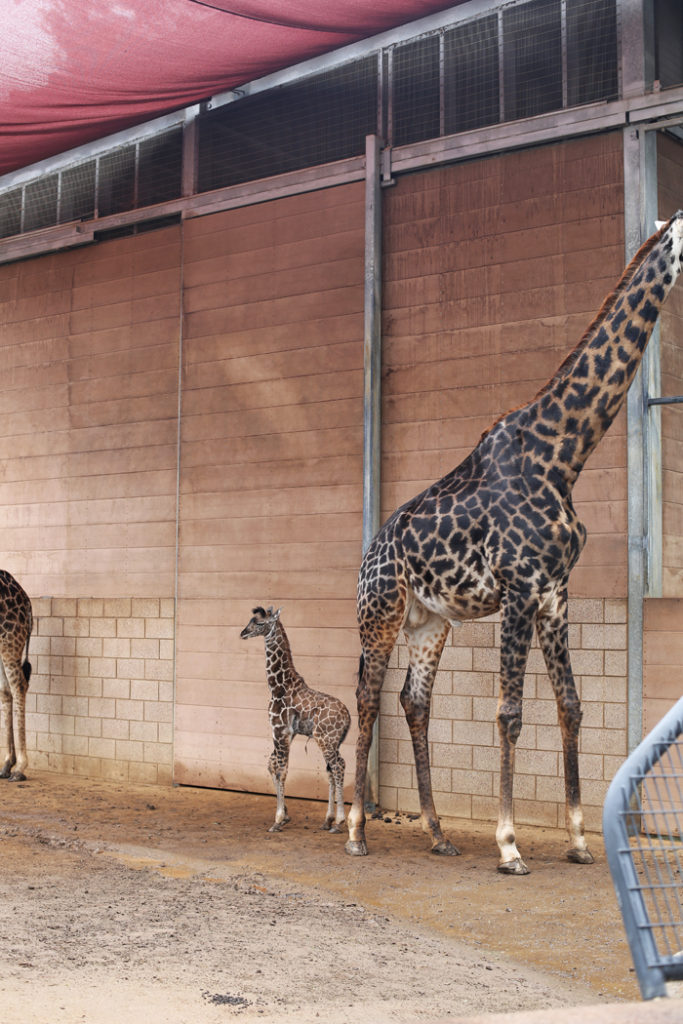 We’d known the weather was forecasted to be bad, so we were all appropriately dressed and stayed nice and warm. 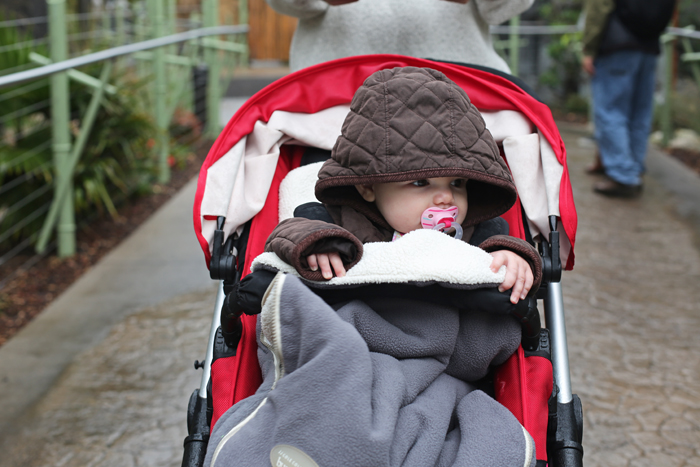 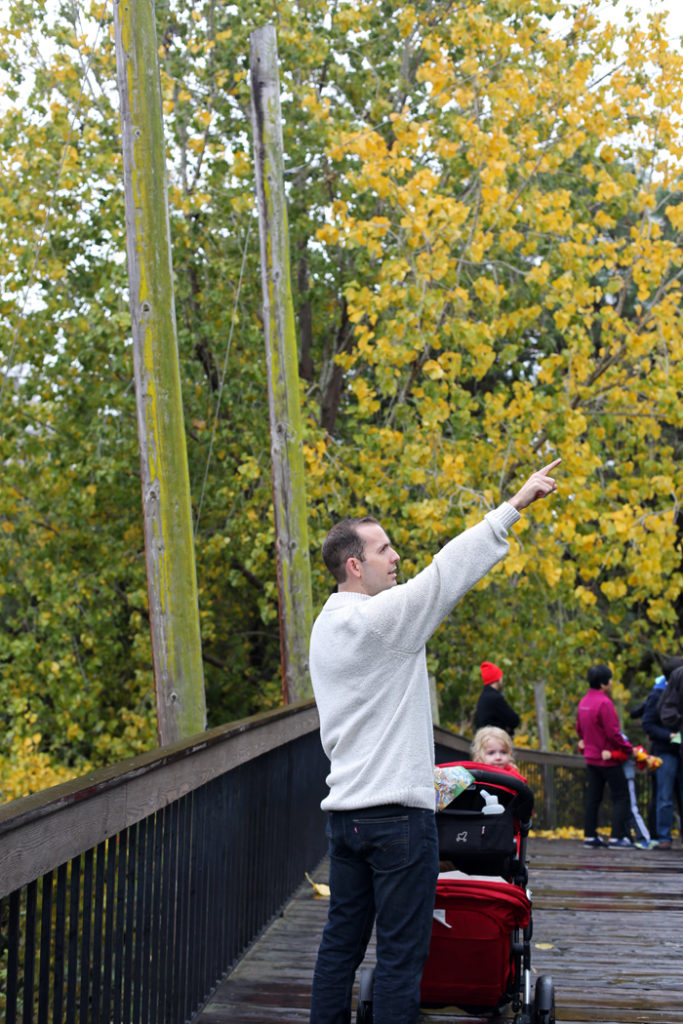 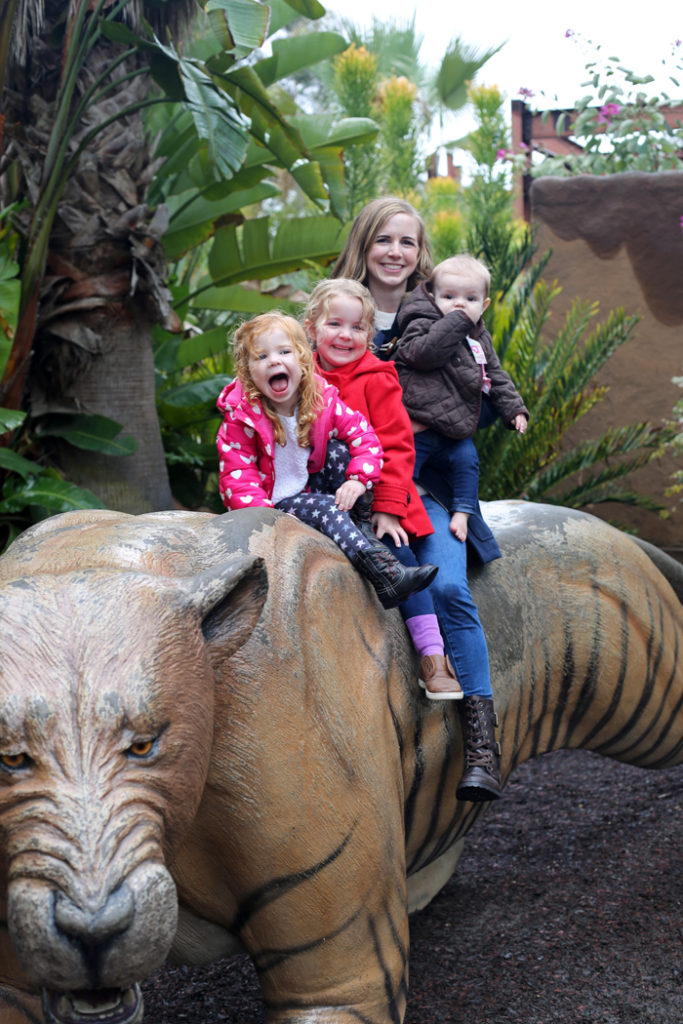 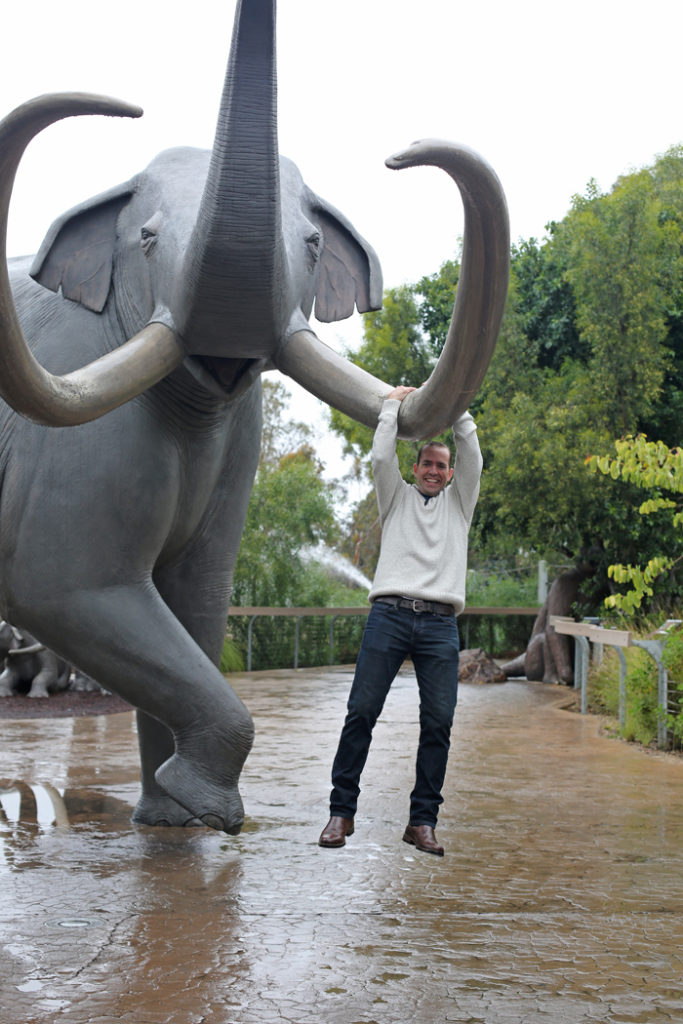 Eventually, everyone was getting tired of walking and ready for some lunch, so we said goodbye to the animals, packed everyone up in the car and headed back to Arizona.

It was a quick trip, but the perfect way to kick off two weeks of vacation and spend some time as a family.

(Of course, we’d already committed to going to California to see Merrick and Philip and their boys for New Year’s and that ended up being a lot of driving in two weeks but. . . we all survived). 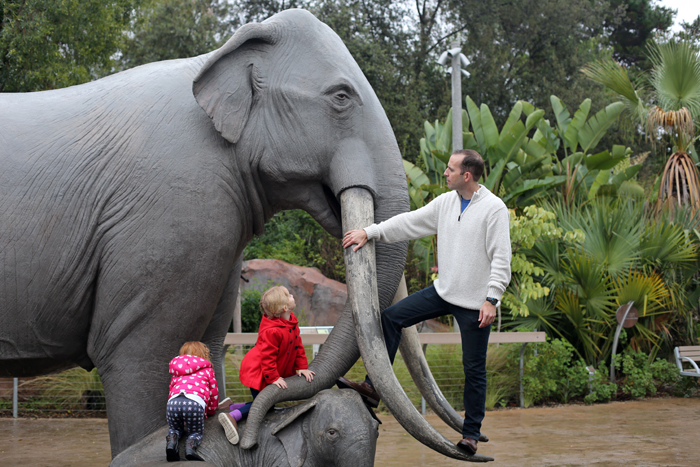