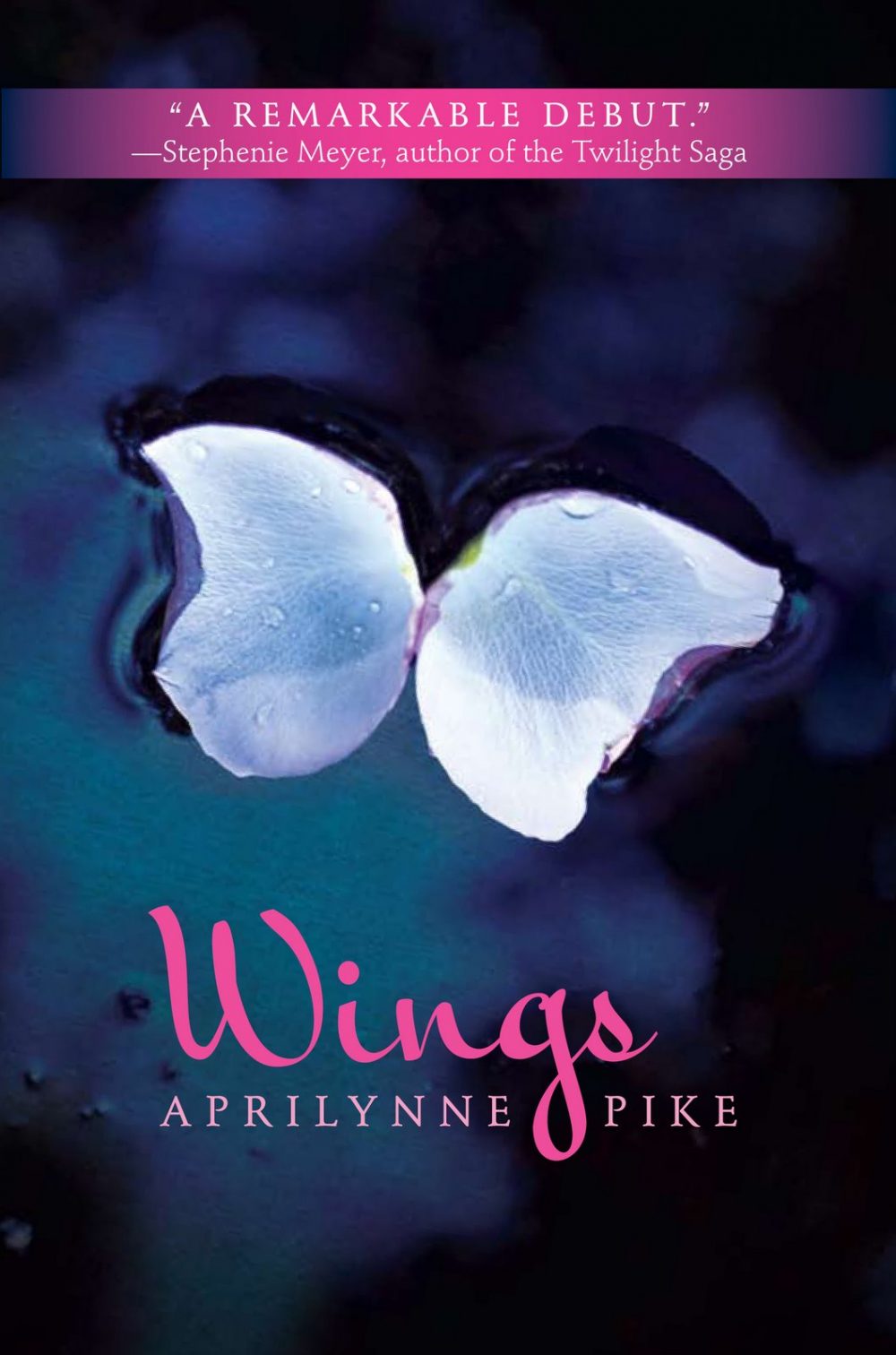 8 of 10: I haven’t heard a lot of buzz about Wings, despite it hitting the NYT bestseller list this weekend but I think it deserves more publicity. It was so lovely and spunky; I loved virtually every word.

This is one of those books, like Twilight, where I think the official blurb gives away more of the story than I wanted to know. It’s a faerie story, and that’s really all you need to know.

I take that back – the idea of faeries is always a little off putting to me. I think I worry that the whole book will be caught up in lots of dull faerie lore and weird magic. Wings is nothing like that.

Laurel, the main girl, discovers she’s a faerie and watching her discover what she’s really like, what being a faerie entails, is just fascinating (I love that kind of thing). I really don’t want to give away more than that, because the fun is in watching it unfold for yourself.

It’s not a particularly fast-paced book (although there is one pretty high-speed section towards the end), but generally it feels just so relaxed and beautiful. That obsessive, can’t-read-fast-enough feeling I associate with books like The Hunger Games or Twilight is entirely absent here. I kept picking it back up not because I HAD to, but because I wanted to. It was just a joy to read.

Fair warning – this Aprilynne Pike book is the first of a four book series, so the ending kind of leaves you hanging (not in a “there’s a sword to her throat and then the book ends” kind of way, but definitely in a “there are many many loose ends hanging wide open here” kind of way). Even so, it’s still a satisfying book, which I find remarkable.

Also, I know we’re all tired of hearing books compared to Twilight when they have absolutely nothing in common with Twilight (except, perhaps, they both have words and are sold at Barnes and Noble). And this book is not really like Twilight, but there are some similarities between Aprilynne Pike and Stephenie Meyer that I find interesting – they both got a several book deal before the first book was even published (the Wings series is going to be four books total), they have the same agent, and they’re both Mormon. Um, maybe I’m the only one who finds those kinds of things interesting (did you know E. L. Konigsburg is the only author to have won the Newbery medal AND a Newbery Honor in the same year? Did you know Sid Fleischman and Paul Fleischman are the only father and son to have both won the Newbery?).

By the way, on the UK cover, doesn’t it look like Stephenie Meyer is the author? 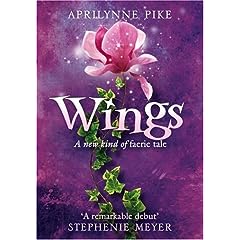