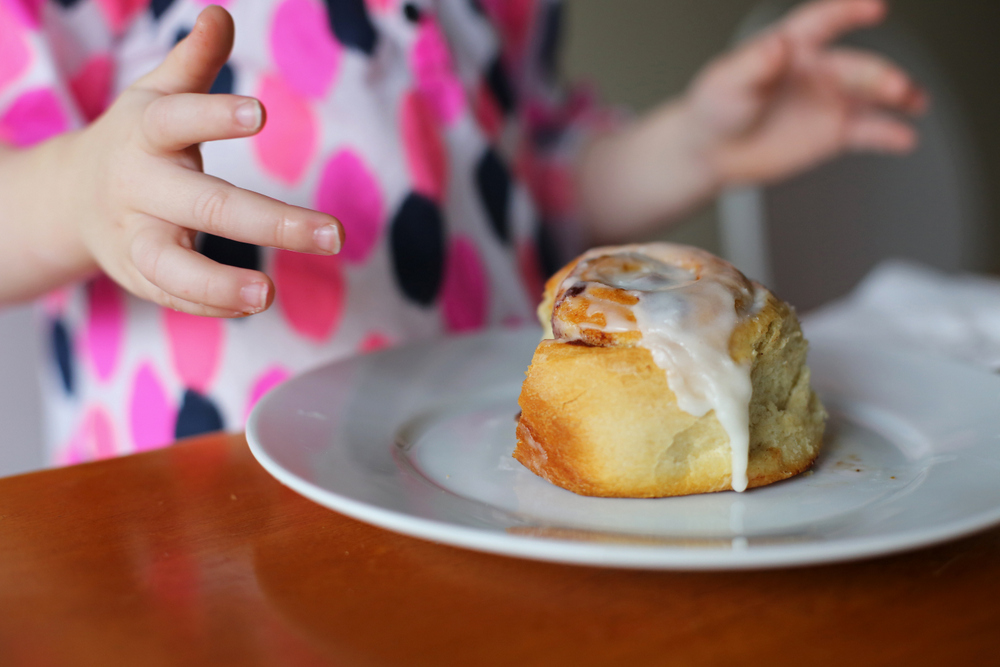 This post was sponsored by General Mills through their partnership with

POPSUGAR Select. While I was compensated to write a post about Pillsbury™ Grands! Cinnamon Rolls, all opinions are my own.

Cinnamon rolls are one of my very favorite foods on earth.

The number one reason I like going to Las Vegas is to see my parents. The number

two reason is to get a cinnamon roll at a little café inside the Bellagio. I am serious

about my cinnamon rolls. 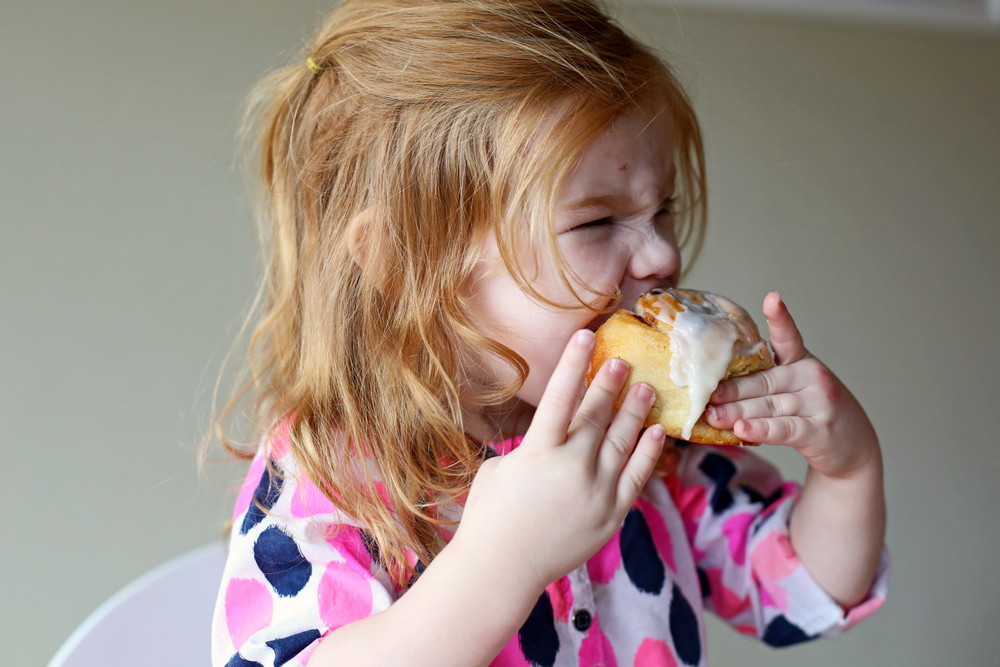 And yet, somehow, making a good cinnamon roll at home completely eludes me. I

And almost every time, I end up throwing half the pan away because . . . they’re just

not that good. It’s not like they FAIL, it’s just that they aren’t particularly great.

It’s always frustrating to have a recipe not to turn out amazingly, but it is especially

hours to make them. I might as well just drive to Vegas and get one at the Bellagio.

After yet another lackluster recipe last month, I finally decided to give myself a

Christmas (Bart’s for Thanksgiving and mine for Christmas), I was loathe to skip 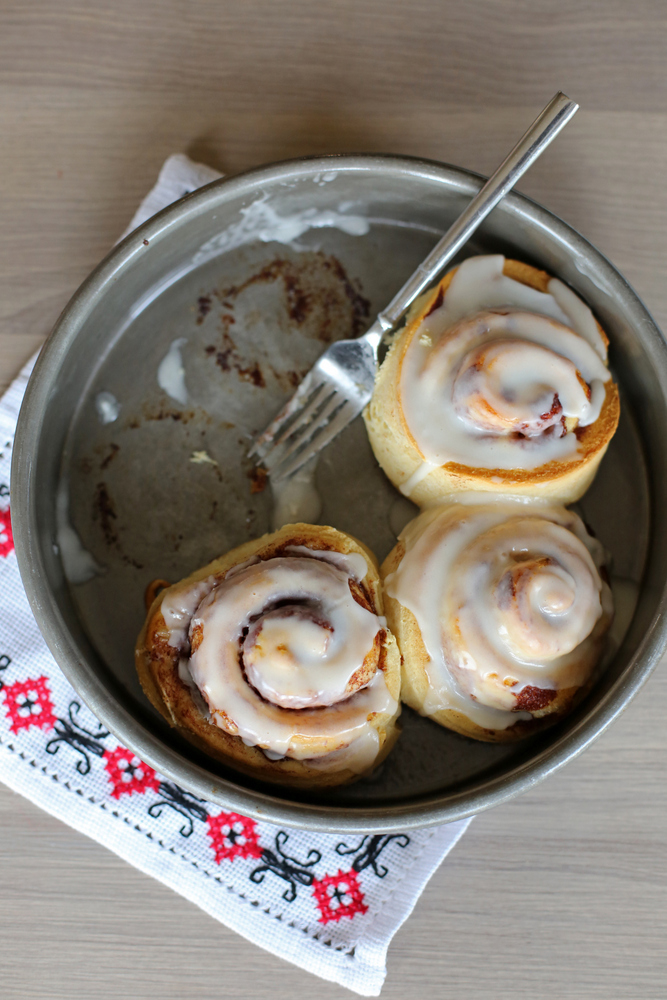 I love the Pillsbury™ Grands! Cinnamon Rolls because I’m not spending three hours

getting cinnamon rolls on the table, I’m spending all of thirty seconds of hands-on

time and then while they bake, I can make a smoothie to go along with them (or,

actually, Bart has foolishly proven himself very competent in the smoothie making

department recently, which means I mostly make him do it these days (I think his

secret is not putting anything green in there)). 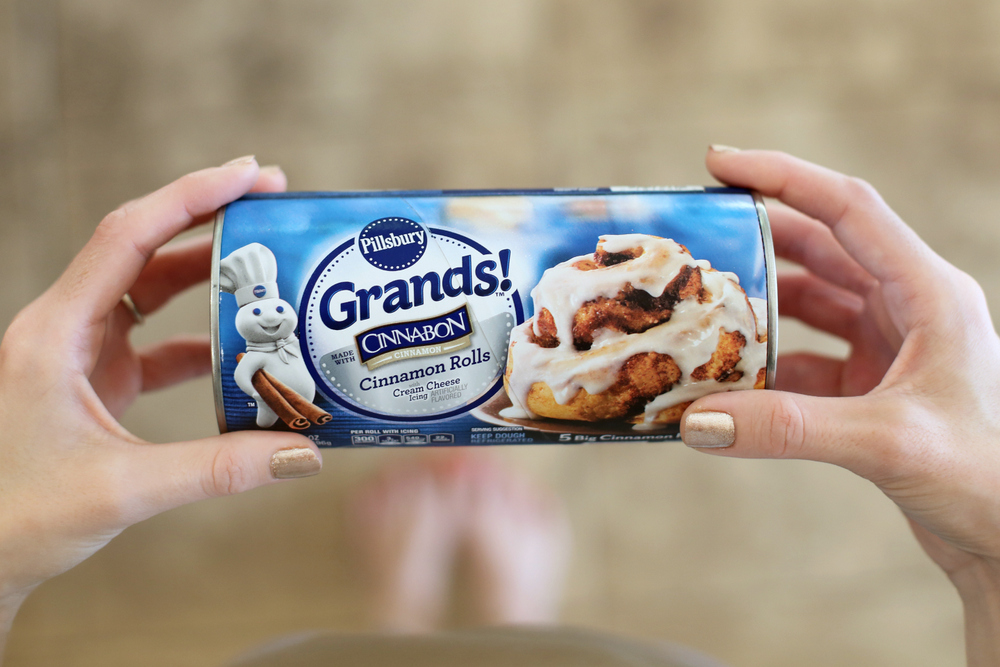 Going the Pillsbury™ Grands! Cinnamon Rolls route also means we can have

something fun, since the weather in Arizona is perfect – just cozy enough to make

you want a house full of the smells of baking, but warm enough that it’s fun to be

closet-sized kitchen in our first apartment after we got married. The oven there was

so bad, we only used it once in four months , and relied solely on our tiny toaster

oven, which was plenty big enough for cooking four cinnamon rolls for the two of us. 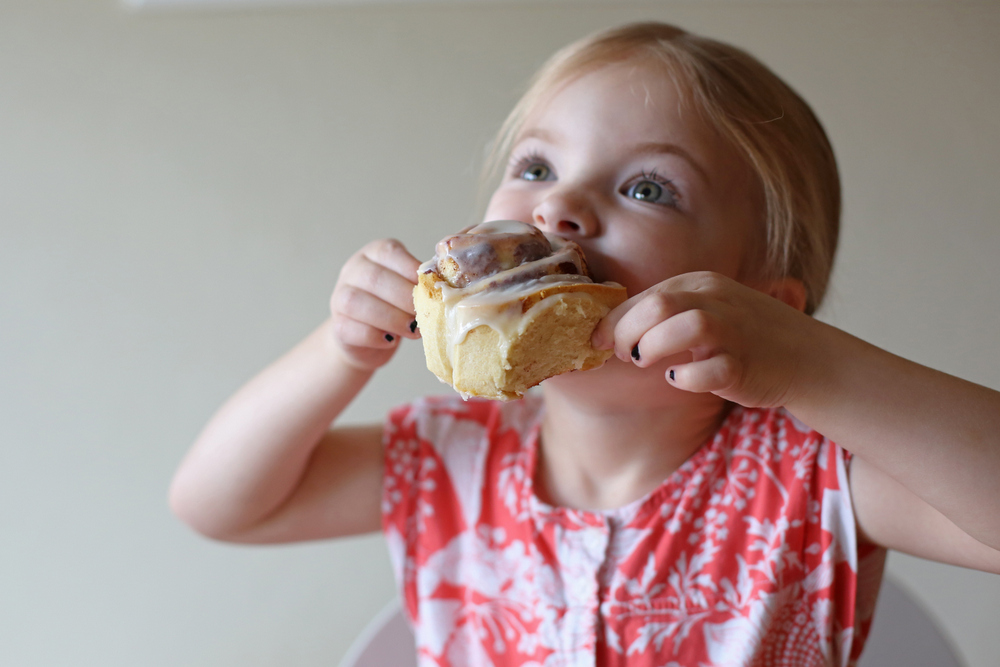