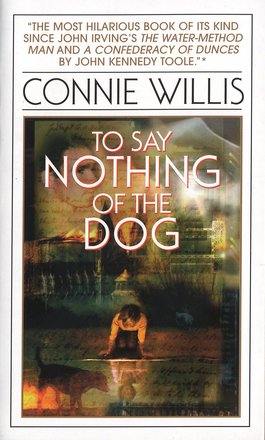 My in-laws sent me To Say Nothing of the Dog for my birthday last year, along with The Goose Girl, which, as I mentioned before, took me months to read. This one took me over a year to finally get to. Fortunately, our DC trip included several long train/metro/bus rides, so I succeeded in finishing it last weekend.

I’ve been curious about the book since it arrived; the back cover touted it as a “time-traveling book” and, well, I’m a sucker for time travel (except for “The Time Machine” which I found horrendously dull).

to say nothing of the dog

If you liked this review of to say nothing of the dog, you might also like these books: