My favorite thing is checking out a gigantic stack of picture books from the library and then snuggling up on the couch with a child or two – even my older girls are drawn in and often can be found hanging over the back of the couch so they can see the pictures too.

There are the picture books that passed both adult and child muster and that are a delight to read over and over again.

There are fiction and non-fiction titles, funny and tear-jerking ones, bright colorful ones and subdued, sweet ones.

I hope it helps you discover new favorite titles and authors and illustrators!

Pop in your email address and I’ll send you a PDF version with all the titles and all the covers of these picture books for kids so you can print it out and take it along to your library or bookstore or check them off as you read them this summer!

(And you can also see all the previous lists here, if you’d like even more options!) 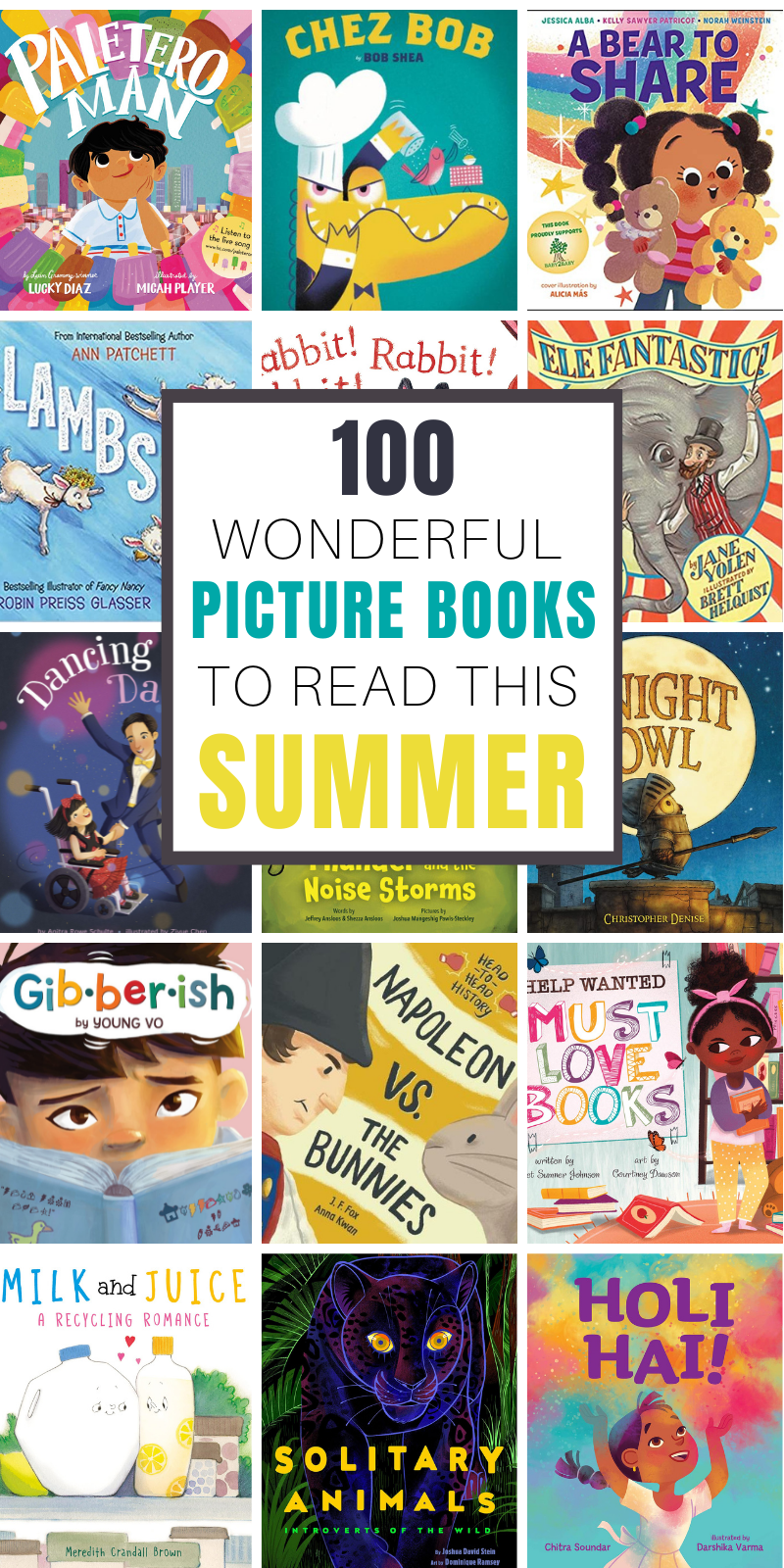