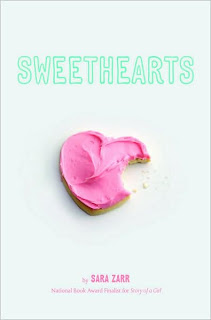 Speak by Laurie Halse Anderson seems to be considered one of the flagship novels of a new generation of Young Adult literature, where teens face the real problems in life and deal with them in various successful and unsuccessful ways. In these books, the main characters are rarely the most popular or beautiful or rich kids in school, but rarely the ugliest or poorest or dumbest. The storylines rarely revolve around a major event like the ugly girl getting made over and becoming Prom Queen or the rich girl realizing in a big cafeteria scene that her friends are her most important assets. Instead, it is usually a gradual and long-term change, and the crux of the conflict happens internally, personally, or in a small group rather than in front of a cheering audience.

I listened to it earlier this year and enjoyed it – I think it was well-written and had many fine qualities. And yet, there are some other books I’ve read this year that are similar in tone, without being quite as desperate or quite as hopeless, ones that I liked substantially more and that I’d be far more likely to recommend than Speak.

Six months ago or so, I listened to Memoirs of a Teenage Amnesiac by Gabrielle Zeven (she wrote Elsewhere, which I read last year) (I am so apologetic that this review is turning into “The History of Janssen’s YA reading”) and I’d definitely put that one in the category of “Books Somewhat Similar to Speak, but Better.”

This Sweethearts book, too, would fall into that category and actually reminded me a great deal of Memoirs of a Teenage Amnesiac.

Jennifer Harris had a difficult childhood – her father left when she was a baby, and her mother worked and put herself through nursing school while Jennifer went to school and spent her afternoons home alone watching TV and eating junk food (her weight earned her the heartbreaking nickname “Fatifer”). Her only friend is Cameron Quick, an equally unpopular nine year old boy. They go to speech therapy together and sit together in school and play afterwards, both of them standing up for each other when the other kids get especially cruel.

Even at nine, it’s fairly obvious to Jennifer that Cameron’s home life is a disaster. He shows up at school occasionally with a black eye or a bruised arm, which he claims came from various childhood accidents. But, combined with the warnings of Jennifer’s mom that she is never to go to Cameron’s house, Jennifer knows something is wrong.

Then, one day, Cameron doesn’t show up at school, which isn’t terribly unusual, but days go by without his reappearance. Finally, some of the children in her class tell Jennifer that he’s dead. Her mother’s unwillingness to reassure her convinces Jennifer that they are telling the truth and she mourns his loss for eight years.

During those eight years, her mom remarries a very nice man and they move to a nicer neighborhood. Jennifer sheds her baby weight and finds herself in a new high school with a bunch of kids who only know her as normal, pretty, and happy. She finds friends, does well in school, and even has a boyfriend.

And then, as you know must happen, Cameron shows back up. He wasn’t dead, and Jennifer’s mother knew it – instead, his mom had finally left her abusive husband and taken her children with her to California. But Cameron has never forgotten Jenna and kept an eye on her over the years, through the Internet, seeing the announcement for her mother’s marriage, for instance, and finding out when Jenna wins an essay contest.

With Cameron back in her life, Jenna must decide how her old life fits with her new, very different, one. Can she be happy with a boyfriend and friends who like her as a cute, popular girl, but know nothing of her dark and lonely past? How does she feel about Cameron anyway, her only friend from her childhood, the only person who knew and loved her as a fat, lisping third grader?

I never was sure where this book was going – I didn’t know if she’d end up with Cameron or if they’d date for a while and then realize they were too different now, or if she’d shun her former best friend in favor of her new and better life. And I liked that, when the end wrapped up, it didn’t come together in a perfect improbable way, but instead in a realistic, yet satisfying conclusion.

Jenna/Jennifer is an excellent main character, with Cameron as a well-developed sidekick. You also understand a lot of Jenna’s mom and step-dad, but the other characters – particularly Jenna’s boyfriend and friends – are pretty one-dimensional. There is one scene toward the end that feels a little bit empty and fake to me because it involves her relationship with all these friends who you just know nothing about, but have shown up far too much to justify being flat characters. Really, though, that’s my only real quibble with the book.

Aside from that, this Sweethearts book is something I’d recommend instead of Speak, for its honest dealings with the feelings and relationships of teenagers, the lovely writing, and the real emotions it produced in me (yes, I was choking back tears as I vacuumed during the final chapters).

The audiobook Sweethearts was narrated by Sara Zarr herself and she does a lovely job (except for in the last chapter where she pronounces “Nevada” Na-VAAH-duh). Also, she’s coming to TLA (the Texas Library Association annual conference that I’ll be attending in the spring) and I’m really looking forward to meeting her, hopefully.

I liked it so much, in fact, that her first book Story of a Girl (a National Book Award finalist, in fact) is importing to my iPod as I write this.