Almost from the moment we arrived in North Carolina, people started telling us about the state fair and how it was a must-see.

We planned to go on the last Friday in October, but as the day went on and Ani’s last nap went later and later, we almost abandoned it.

Finally, after debating back and forth, we rallied ourselves, packed up the double stroller (the smartest thing we did), and Ani woke up in the nick of time. And we were off.

Sometimes, you go on outings with small children and you spend the whole time thinking, “Is this supposed to be fun?” (see: our trip to the pumpkin patch where Ella cried for twenty minutes on the way home because someone walked off with the moldy corn cob she carted around the entire afternoon).

But this was not like that. The girls were well-behaved, the traffic and crowds were manageable, and even though it was a chilly afternoon (and got chillier as the sun went down), we were pretty well dressed for it.

Ella hasn’t stopped talking about the “horse-go-round” and the “elephant-go-round,” and we’re already excited to not be newcomers to the North Carolina state fair next year.

(Of COURSE we got fried food – we tried the Krispy Kreme Burger (good, but not good enough to get again next year) and the deep fried cookie dough. Both Ella and Ani were huge huge fans of the later). 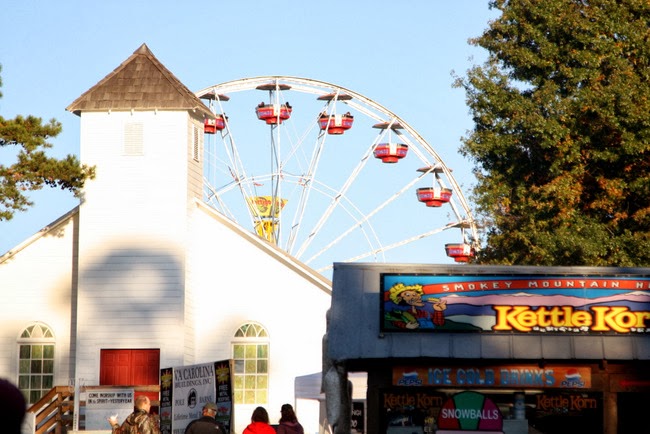 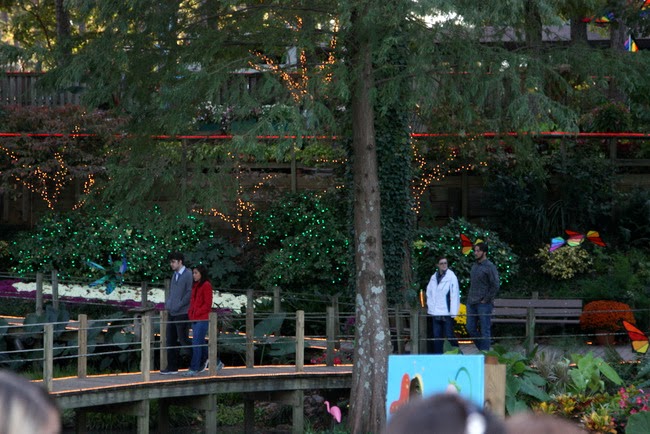 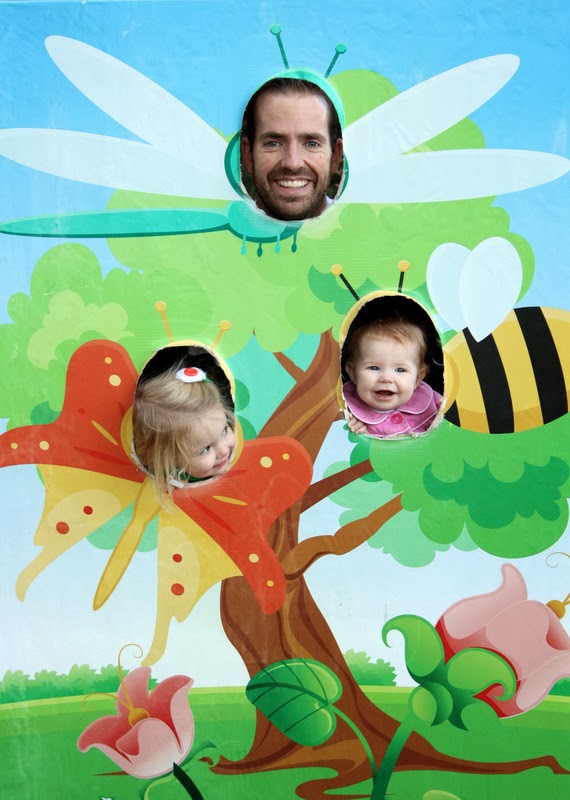 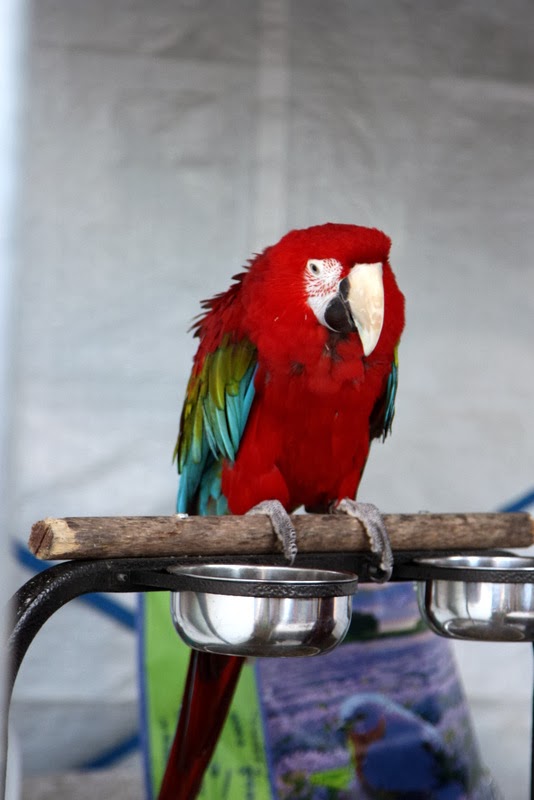 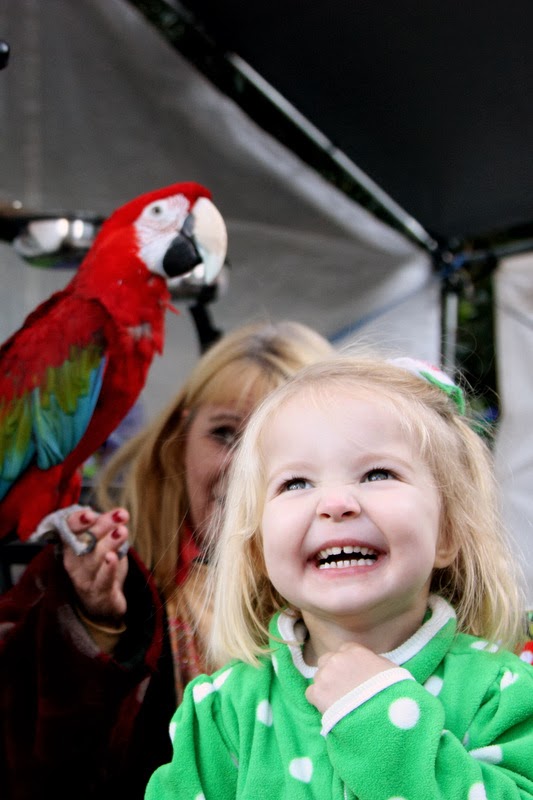 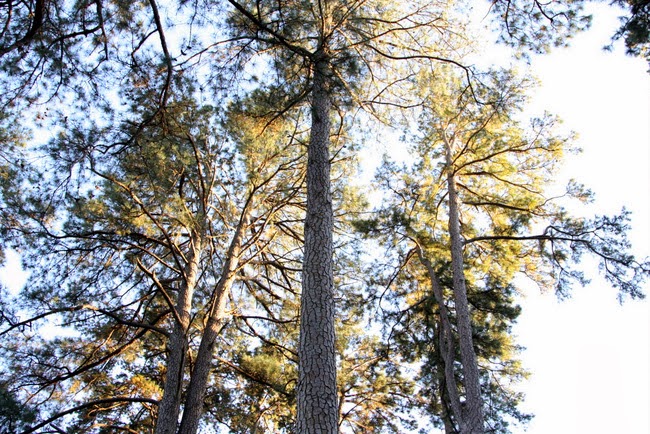 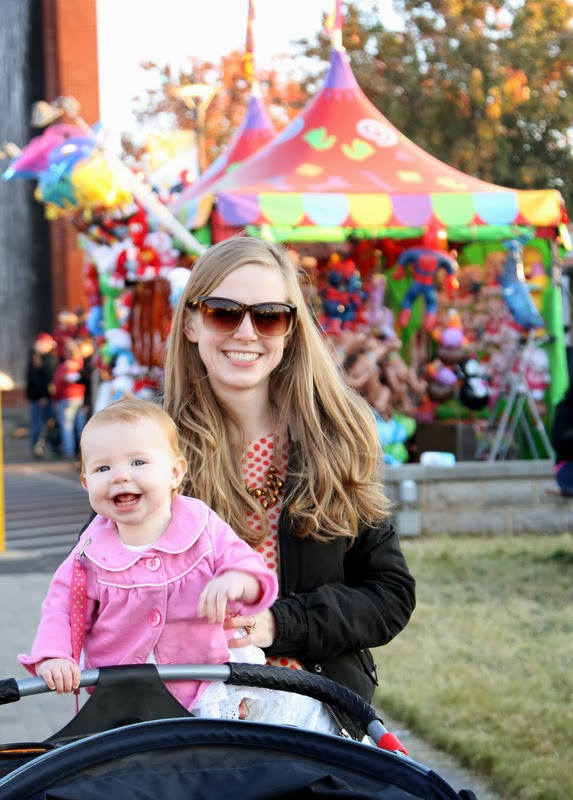 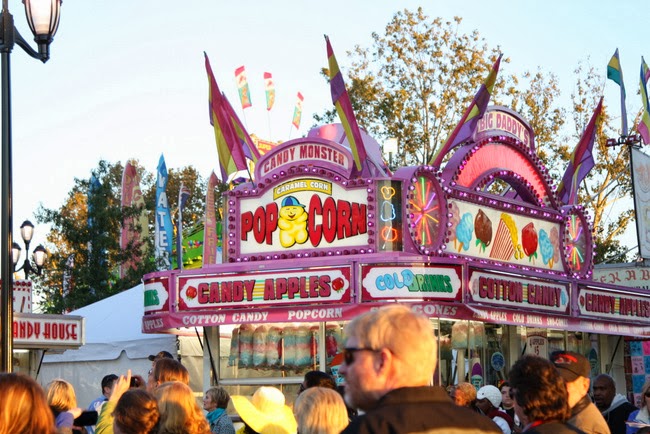 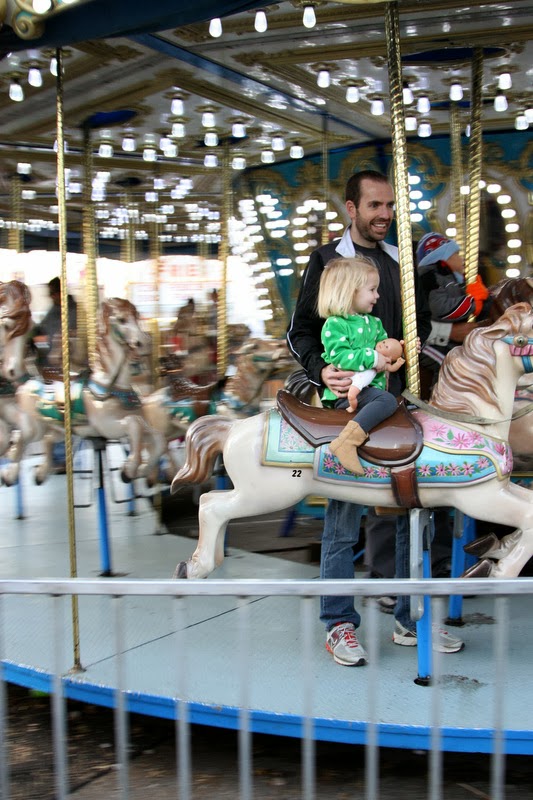 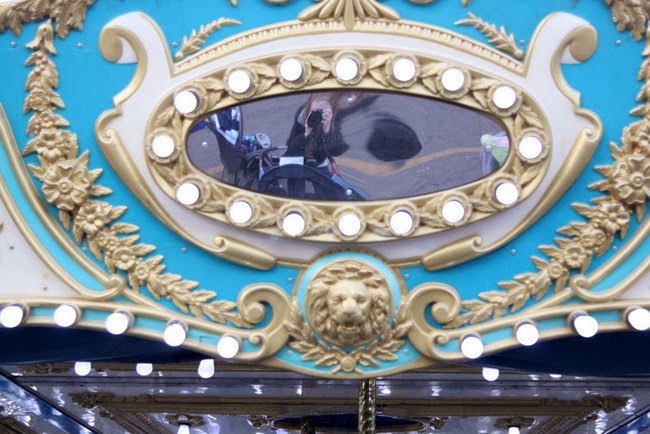 I thought it was the Chicago Bean or something. 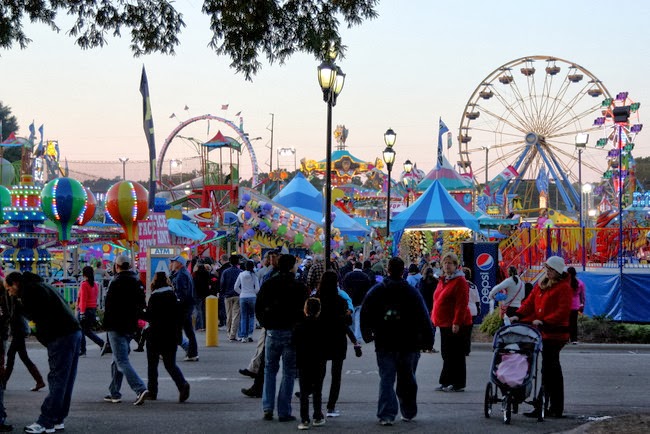 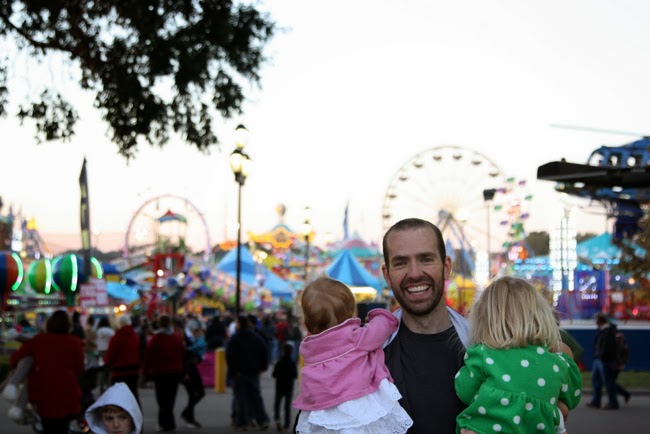 It took us ages to get the girls to turn around and look at the camera. They were utterly entranced by the fairgrounds behind them. 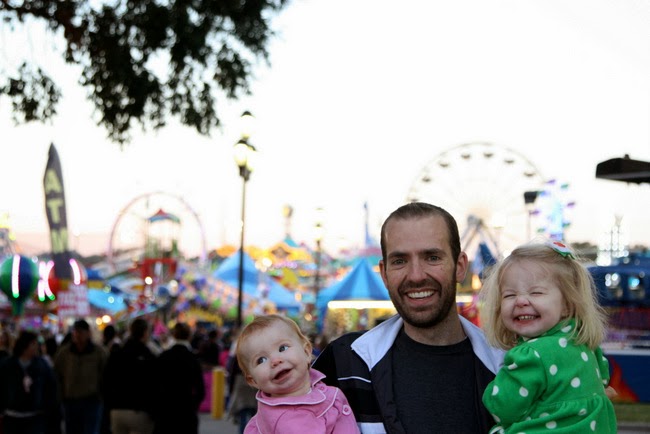 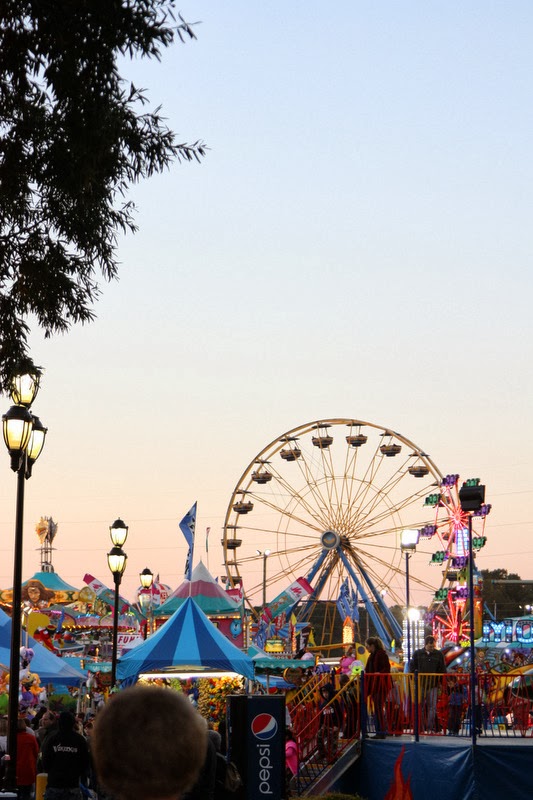 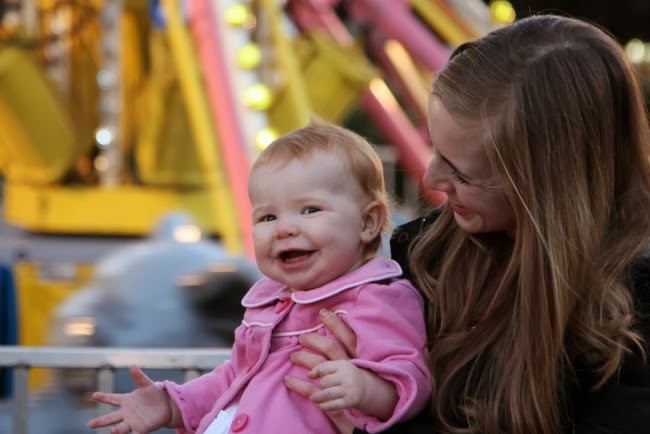