We’ve been using Wonderland Math (formerly know as Revolution Math), a really fun and interactive way to help your child learn (and love!) math, for more than two years and we LOVE it. Whether you have a math lover or a math hater, it’s 100% worth trying out for a buck to keep your child’s math skills on track while school is cancelled. Get your first month for $1 here!

In August of 2018, I wrote a post about how Ella had started using Wonderland Math (formerly known as Revolution Math) to supplement her math at school. 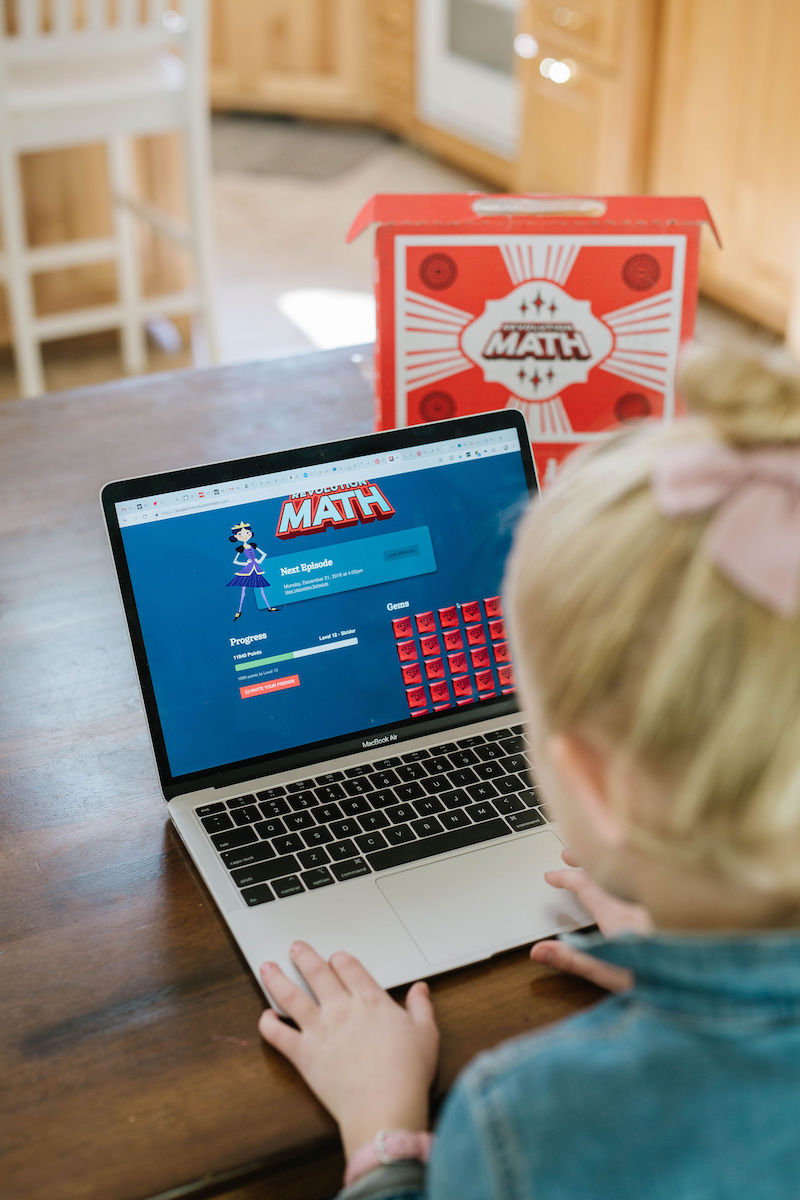 As I’ve mentioned a million times, Ella is in a Chinese immersion program and so half of the school day is completely in Chinese. The teacher is a native Chinese speaker and they aren’t allowed to speak in English at all during those hours of the day (when we went in for parent-teacher conferences, the teacher who teaches the second half of the day in English said that when Ella’s class arrives after three hours of Chinese, they all just explode a little with all the English conversations they haven’t been able to have in the morning).

Aside from Chinese itself, math is the main subject that they study during those first few hours of the day, which meant that all of Ella’s math instruction at school took place in Chinese.

Since she was playing catch-up in Chinese last year after joining the immersion program two grades later than her peers, we were highly motivated to make sure she didn’t fall behind in math, since it’s always been one of her favorite subjects and a place where she really excelled.

We did the Wonderland Math (formerly known as Revolution Math) trial starting in August (that trial and the accompanying learning kid is available to anyone for a whopping $1) and Ella loved it so much that we’ve continued to pay for it ourselves since then. 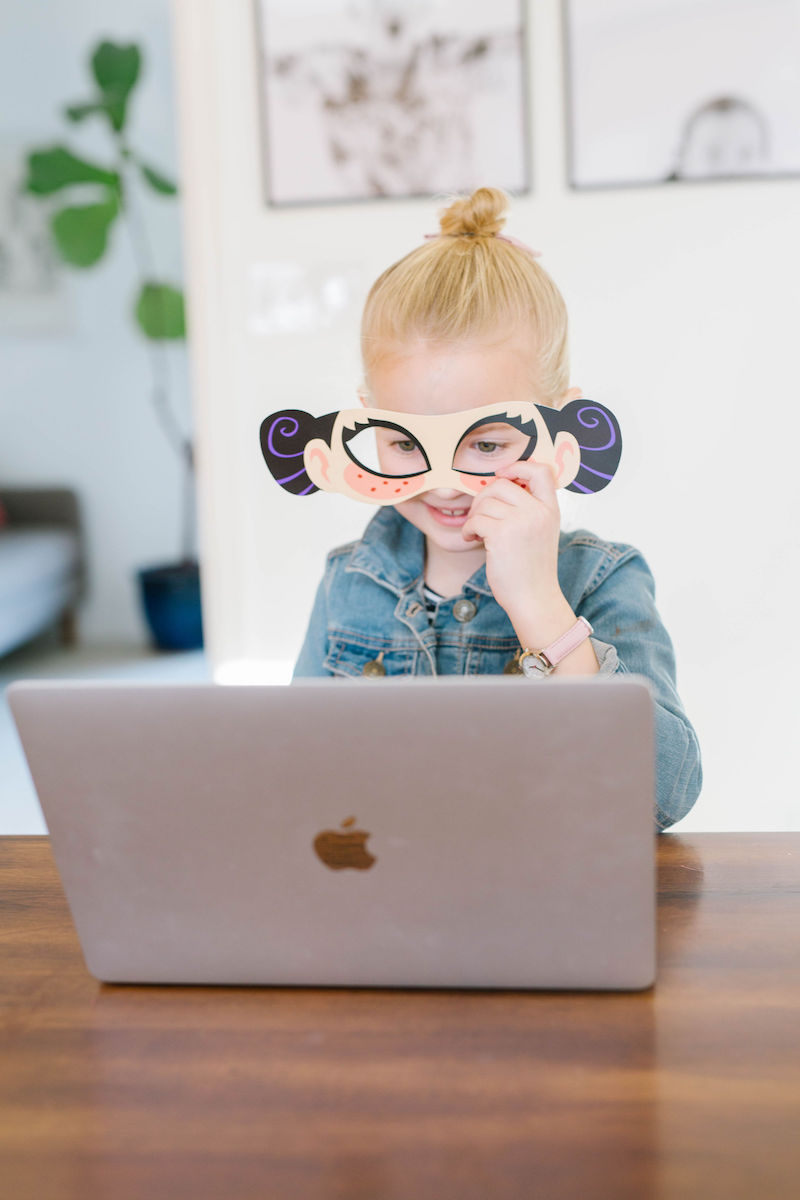 Last year, Ella had Chinese tutoring four days a week (for an hour each time), plus dance classes, so I wondered how she’d feel about spending an hour doing math each week, but week after week, she was SO enthusiastic about it and bounces in the door from school asking for a quick snack so she doesn’t miss a minute of her class.

After the first month, we actually bumped her up from a third grade squad to a fourth grade squad to push her a little more and this year, she’s in the fifth grade class.

To make it extra fun, my sister signed up her son for the same time slot and so every week, Ella and her cousin get to spend an hour together saving the world and solving puzzles with math even though they live in different time zones.

If you’re not familiar with Wonderland Math, it’s an online program designed for 2nd through 5th graders for use as a weekly after-school program.

They have tons of time slots, so it’s easy to find one that works with your schedule and every week, you join 2-3 other students and your live tutor for an hour long math adventure together.

One thing I love is that it’s the same tutor every week, so you get to know them and they get to you know.

As schools started shutting down, they opened up more time slots which is a huge blessing as so many kids need extra help in math so they don’t fall behind.

Each week, your squad goes on an adventure where you use math to solve mysteries and puzzles as a team. 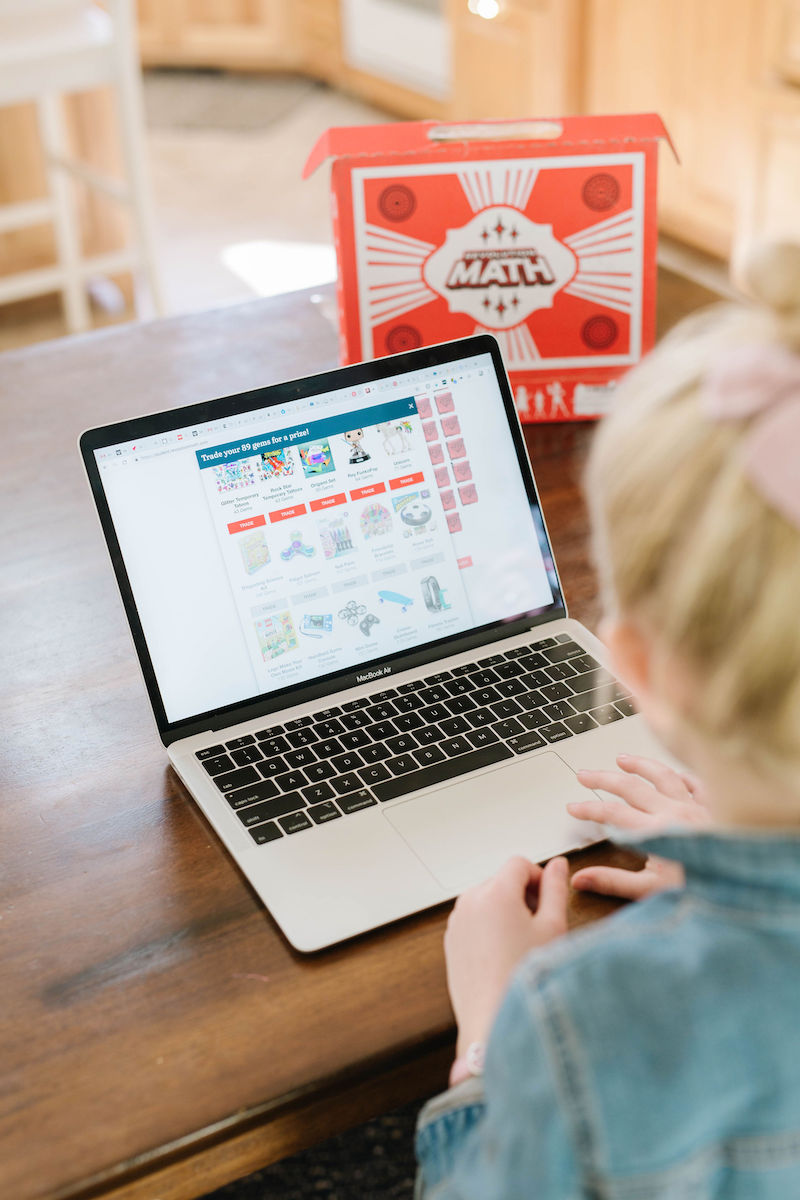 It’s a story-based curriculum and when you sign up, you get a free box of materials with masks, manipulatives, graph paper and other pieces to help you solve the mysteries. I get a total kick out of seeing Ella sitting at my laptop with her mask on doing math problems.

Plus, you earn gems for every mystery you solve and then you can exchange those gems for prizes (like LEGO kits, art supplies, and lots more).

Ella is delighted every week to see her gem collection grow and she saved up for a set of nail pens and then a little hand held game, and now she’s saving up for a drone.

When we were living at my in-laws house and the cousins were over nearly every day, my fourth-grade nephew would often sit next to Ella for the entire hour, watching the story unfold and figuring out the problems himself. 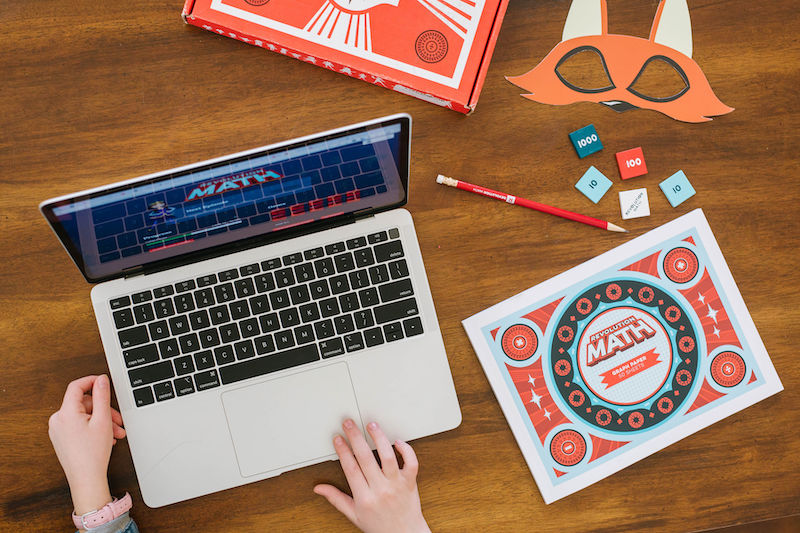 You can check out the demo videos on their site to get a feel for how the program works, plus they have a robust FAQ section.

When I talked about it originally, I did a little InstaStory of Ella participating and I got messages from two readers saying, “My child is in the same class as your child! I thought that was you folding laundry in the background!”

And I got a stunning amount of emails and direct messages from people who signed up their children and LOVED it.

From children who had never had a good experience with math and were, for the first time, finding math enjoyable, to kids who loved math and wanted a new way to practice and develop their skills, Revolution Math is seriously one of the best tools I’ve ever seen.

It’s a far cry from the two-color pixeled multiplication flash cards I used on our computer when I was growing up (although in defense of that program, I still know them all the way up to 15 x 15 and it’s been one of the best life skills I ever developed).

If you’d like to sign up for a Wonderland Math trial and do it along with us, use this link to get the first month of tutoring plus the learning kit for only ONE dollar!