I’ve seen nail stickers around for a while and thought they might be fun. I love having my nails painted, but it lasts for all of a day or two before they chip and look lousy, so I do it about once a year. Kayla and I decided to take several different brands of nail stickers for a spin and see if they were a better option.

In my normal, ultra-cheap mode of operation, I ordered a pair from Forever 21. They had free shipping (you know I pretty much never am willing to pay for shipping), and they cost $1.80. Plus, some cute designs that weren’t too in-your-face. 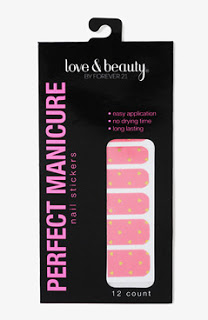 People, this was a gigantic waste of money.

I’d have been better off tearing off tiny bits of dollar bills and gluing them to my fingernails. Probably would have lasted longer. They wrinkled like crazy when I put them on, and then when I touched them at ALL, they smeared completely off. 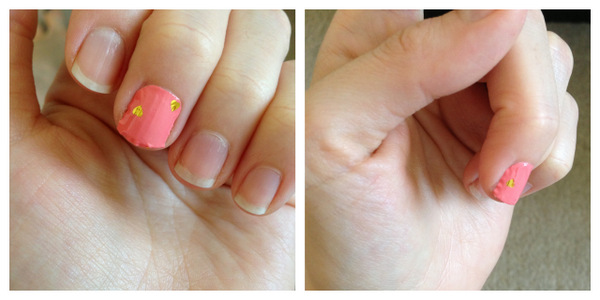 Seriously, it was a joke. They were so bad, I just let Ella play with them for ten seconds until they were tiny balls of useless nothing (I took a picture of them on my toes and you can see how they smeared off immediately, but I can’t bring myself to subject you to a close-up picture of my feet. You’re welcome).

I stopped by Claire’s (like the tween girl I am) and they had quite a few, including a $7 set on the clearance rack for $1. Sold.

These ones were much better. Meaning, I managed to put them all on successfully. 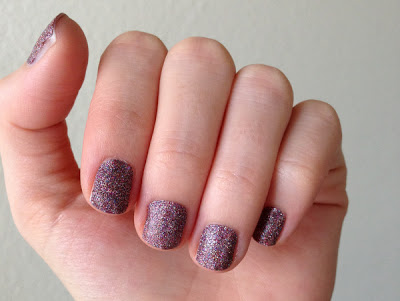 I loved how they looked the first day, but on the second day, one of them popped off (I reattached it with nail polish) and by the third day, I had lost three or four. So, fine for $1 spent. But for $7? No thanks.

Also, I have very average-size hands and fingers, but the biggest ones were still a little small and didn’t QUITE cover my nail. Made me definitely feel like an adult shopping at a teenager store. 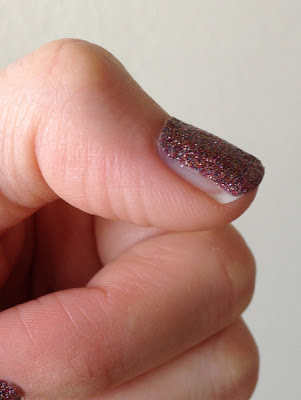 And, I noticed that whenever I put my hand up in my hair, my hair would catch under the cuticle edge. Kind of a bother, but not a deal breaker.

When I went to Wal-Mart to buy a third pair, I couldn’t find any that I really liked. They were all heinous pink zebra patterns, etc. Not really my style. Especially not for $6 a set. 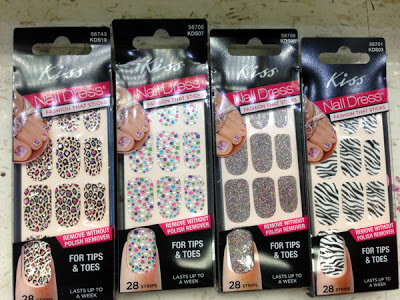 Fortunately, Kayla, who was camping, but still accessible by text (I love technology), recommended I look for the Maybelliene brand. They were with the Maybeliene makeup, rather than all the nail polish and stickers, so I hadn’t seen them, but they had MUCH better options. And they were $7 a set, so barely more expensive than the pink zebras. (They’re cheaper to buy from Amazon).

These ones were the winners. 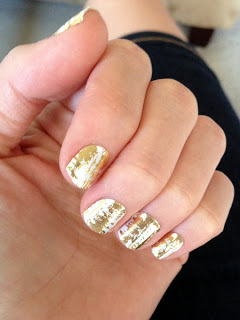 I only put them on a few days ago, so I can’t say they’ve lasted for a month or anything, but so far so good. And, there’s enough for me to do at least two full sets of my fingers, plus possibly my toes. And I love the way they look.

I still think painting my nails is MUCH cheaper and quicker, but I do think this looks better and a little more fun and lasts longer. I’ll probably do these occasionally when I really want my nails to look fun, or when I find them on sale.

Go check out what Kayla, who tried FOUR, that overachiever, liked best. (Hint: it probably wasn’t the Forever 21 set).