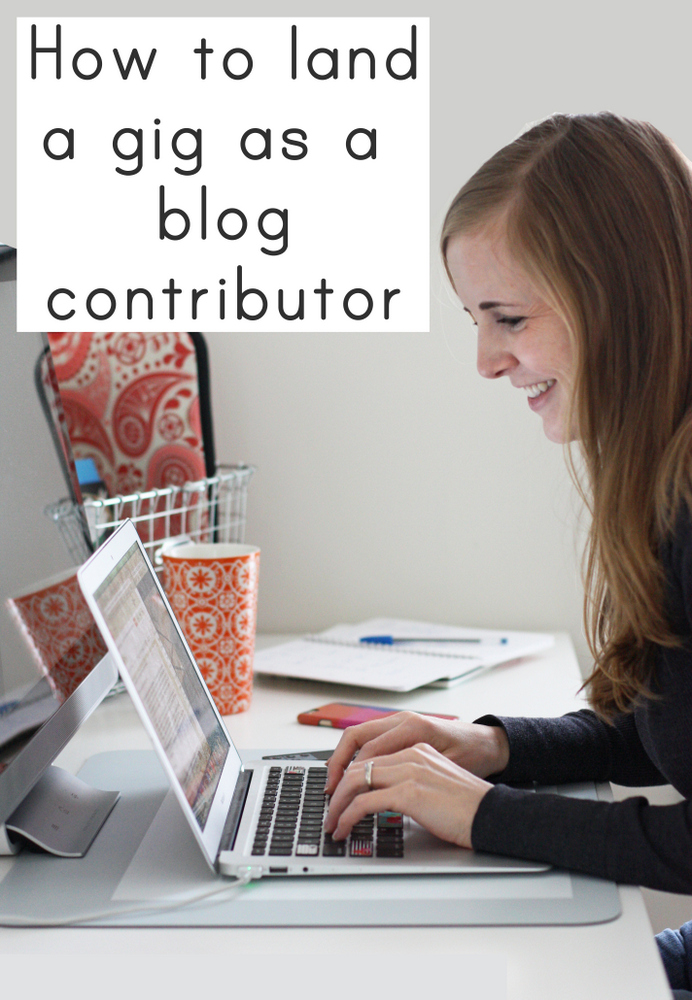 I get asked a lot about how I make money on my blog. One answer is sponsored posts (I wrote a whole post about those last year). One of the other biggest sources of revenue for me is contributing to other blogs and sites.

I actually spoke at Alt Summit last summer on a panel about being a contributor, so some of this is a recap from that.

Probably what you want to know most is “how do you GET a gig as a contributor?”

I started getting serious about looking for contributor gigs when Bart started applying to MBA programs. I had two blog friends who wrote for Babble and I asked both of them to recommend me when a spot opened. I didn’t get that spot, but they emailed me instead to tell me about the launch of Disney Baby and to ask me to join the team.

And once you have a foot in the door as a contributor somewhere, it’s much easier to get another gig, as editors and contributors move around a lot and will know who you are when they are looking for more writers (the editor who asked me to join Brightly used to work for Disney Baby. The editor at Conde Nast was at Babble. I met the woman who runs the Cardstore blog when I spoke at Alt and she attended that panel. I joined Mom.me when several of the other Disney Baby writers who wrote there mentioned they were looking for writers. You get the idea).

Here are some tips for getting a job:

A few tips once you do get a job:

Any other questions? I’m happy to try and answer them (and if you have other blogging topics you’d like to hear about, let me know!).