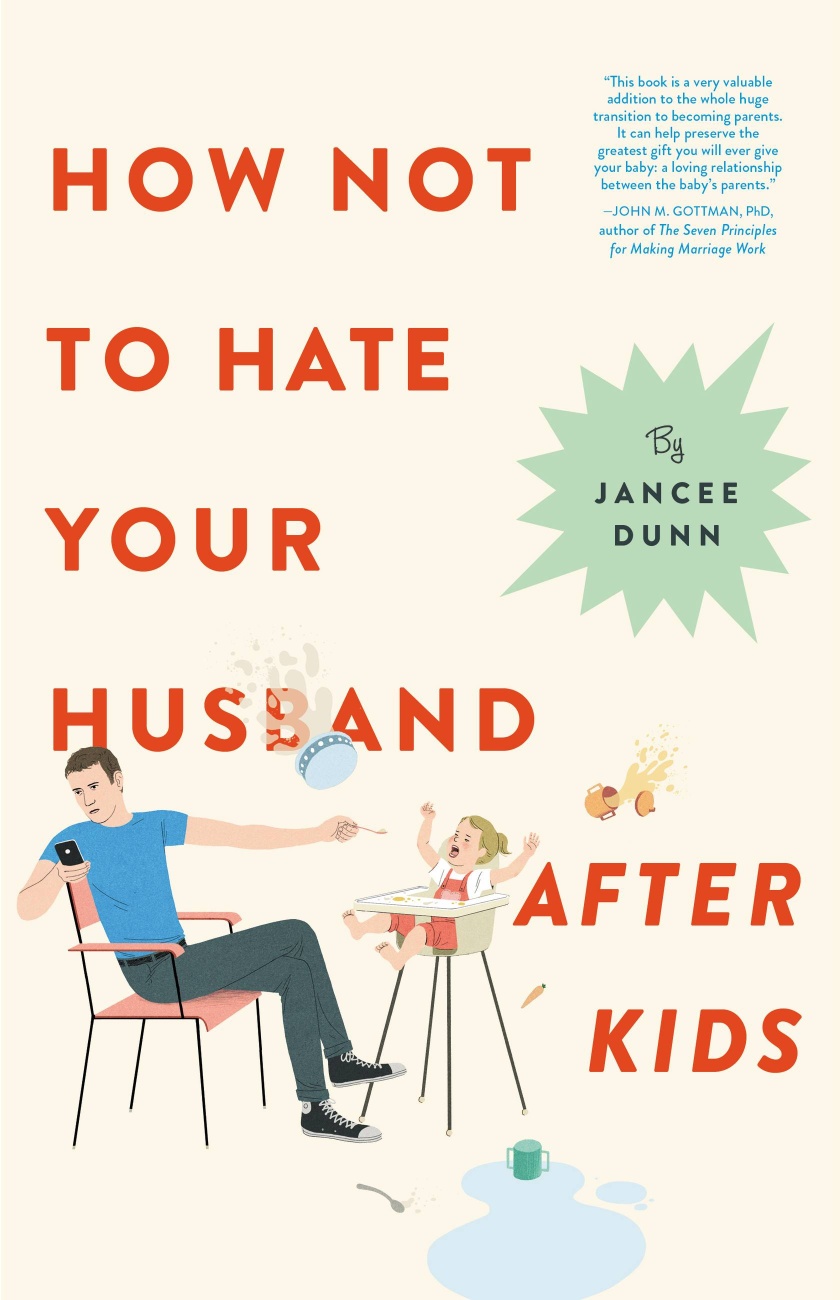 I can’t remember where I first saw this book, but you do NOT forget a title like How Not to Hate Your Husband After Kids.

When I first brought it home from the library, Bart raised an eyebrow and said, “I’m not sure what I think about that book.”

But, click-baity title aside, this is a phenomenal book and one of the better things I’ve read in the last couple of months.

The author, Jancee Dunn, and her husband Tom were together for nearly a decade before their daughter was born.

When friends warned her that, after children were added to the mix, her marriage would go downhill, she was skeptical.

They’d always had a really great relationship, plus they were both pretty mild-mannered (she says, “we were peaceable, semi-hermetic writers who startled at loud noises, running madly away like panicked antelope”).

So she assumed they’d be exempt.

Six years later, Dunn was pretty sure that if the current trajectory kept up, she and Tom would be headed to divorce court. There were no overwhelming problems – no infidelity or abuse or insurmountable differences of opinion – but there was an undercurrent of resentment that was continuing to increase in strength.

Finally, Dunn decides that she’s going to take matters into her own hands. She does research and writing for a living, so she turns her attention to all things marriage and family related.

And she does a phenomenal job.

I loved this book because it had so many hands-on ideas for improving relationships. And not just marriage, but also how you interact with your children, your parents or in-laws, your neighbors and your co-workers.

Basically, I think this book is for everyone.

How Not to Hate Your Husband After Kids

One of the first chapters talks about when they go to a marriage counselor who is famous (infamous?) for giving it to couples straight. He immediately helps them identify the major problems they’re each dealing with in their relationship and gives them some tools to help them overcome these poor habits (his unwillingness to help out and her temper).

After that, the book is divided into sections about the major areas of conflict in marriage. First, there is housework (surprise! to no wife ever). Then a whole chapter on how to fight so that it’s both effective and doesn’t destroy your relationship or scar your children.

Next, there’s a bunch of talk about dealing with weekends (you know you’re a parent when the weekends are harder than the weekdays), followed by a section about having children help out in the home (you guys – this chapter alone is worth the price of the book).

Then there is a chapter about sex (nothing you’d be afraid to have your neighbor see you reading), money, and clutter.

The final chapter talks about how their marriage has changed over the course of her research and experiments, and then sums up 27 things she’s learned.

As I mentioned, I checked this book out from the library, but if I hadn’t, I would have been marking up this whole book. There are so many things I want to remember, and I’ve found that its given me a lot of tools to be a nicer wife, a kinder mom, and just a happier human being.

When I shared this book on Instagram, someone commented saying they might check it out if they had more children, but it’s definitely not just for the after-baby period where you’re readjusting to a new lifestyle. The author’s daughter was six when she wrote this book, so it’s definitely applicable to many stages of parenting (or marriage in general – most of these issues are things that can arise whether or not you have children).

The clincher for this book was that it’s just delightfully written. It’s funny and clever, full of amusing and interesting stories, and the research is shared in a way that makes it meaningful and fascinating.

Pretty much, I can’t recommend How Not to Hate Your Husband After Kids highly enough.

Would it be weird to give this as a baby shower gift? Obviously, packaged with a board book copy of Goodnight Moon.

If you liked How Not to Hate Your Husband After Kids, you might also like these books: