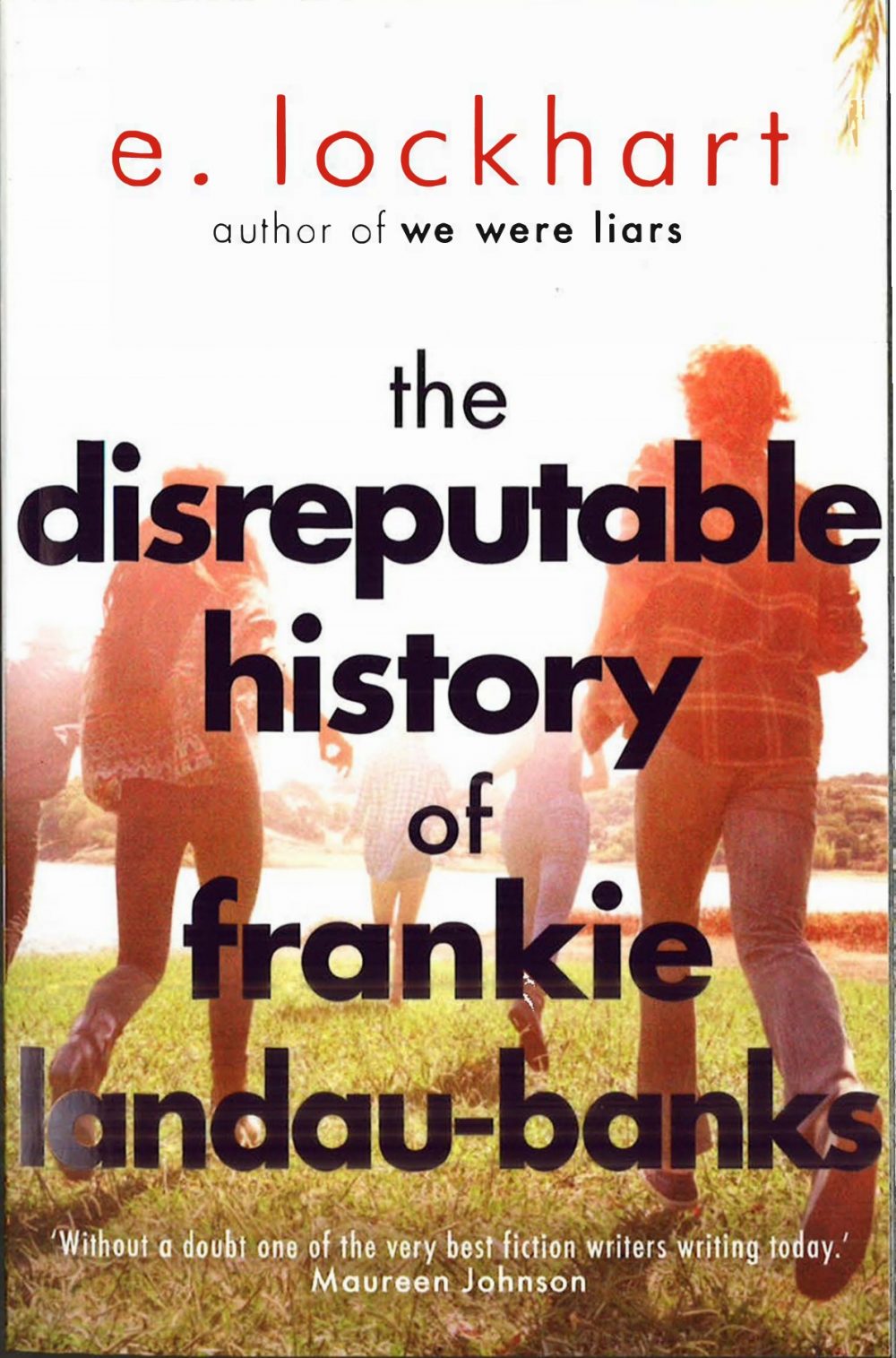 I haven’t enjoyed a book this much since I finished The Hunger Games in San Francisco back in August. And, if you read my review where I basically gushed all over the page, you’ll know that’s saying quite a lot. The Disreputable History of Frankie Landau-Banks is a really really great book.

The Disreputable History of Frankie Landau-Banks by E. lockhart

Frankie is a sophomore at a private boarding school. She’s been mild and rather geeky most of her life; she tagged along with her senior sister the year before, but now she’s on her own. Not only is she now free to do her own thing, she also has gotten remarkably pretty over the summer and suddenly people are taking notice.

At first, Frankie is quite pleased with this turn of events, especially when senior Matthew, a boy she quietly lusted after the year before, notices her when she falls off her bike in front of him. He invites her along to a secret midnight party on the golf course, which ends up being just a lot of warm beer drinking. Not that impressive, actually, and she wonders what she might have done if she’d been in charge of a secret midnight party. It wouldn’t have involved nothing but warm beer, that’s for sure.

As they continue to date, Frankie realizes that Matthew belongs to a secret all-boys club. He won’t say a word about it, but, after some sleuthing, she determines that it is the Loyal Order of the Basset Hound and that they have been around for ages (her dad was one of them, several decades earlier). They appear to exist for the primary purpose of hanging out and doing pranks. And yet, their pranks are fairly stupid, poorly planned, and mostly go unnoticed by the school.

Frankie is certain she could organize things better, but she isn’t even supposed to know about the Order, let alone be invited. The boys like her, because Matthew does, but she’s just a silly, pretty sophomore to them. She’s just a girl who falls off a bike.

Determined to show them she’s worthy of the Order, she initiates a new prank, pretending to be the leader, the Alpha Dog, who has left school for a few days over Halloween. But then, when he returns, and takes credit for the massive success of the prank, pretending to have organized it all, she realizes it is not enough. They don’t even suspect her.

What can she do to show them she’s smart enough – smarter than any of them, really – to be a part of them, be one of them? She’s not content to be a sideline invitee to lame parties or to sit with them at lunch – she wants to be one of the dogs.

The plot is clever and well-realized, but what sets The Disreputable History of Frankie Landau Banks apart is the fantastic narration. It’s a third person view of Frankie, but the narrator often leaps in to tell you what items are important, how things are going to play out, and why Frankie is so very different from the other girls who would be more than happy to be dating the school’s most gorgeous senior, even if he does patronize them from time to time.

The Disreputable History of Frankie Landau Banks is also rather unabashedly feminist, but not in a man-hating sort of way. Rather, it explores the way the boys view themselves and the girls in relationship to them, and then the ways that various girls choose to respond to those circumstances. Do they accept? Do they even notice? Or do they fight back, like Frankie does, determined to be accepted on their merits, not their gender? And why are the pranks brilliant when it’s believed to be the Alpha Dog orchestrating them, but psychopathic when it turns out to be a lovely little sophomore girl?

If you liked this review of The Disreputable History of Frankie Landau-Banks, you might also like these books: