A couple of weeks ago, Bart had training for work up in Dallas. Training in a different (but not too far) city means two things: a free hotel room and reimbursement for car mileage.

Obviously, Ella and I went along.

Happily, some dear friends from Boston moved to Dallas this summer, so we went straight to their house on Sunday afternoon (we left Austin directly from church and Ella slept for the first two hours of the drive and then was very pleasant for the last ninety minutes of the trip). We had a terrific dinner and Ella fell all over herself, playing with new toys.

We stayed at the Fairmont Hotel in downtown Dallas and it was very nice. The big selling feature for me was the closet that was just wide enough to fit the portable crib inside (truly, if it’d been one inch narrower, the crib wouldn’t have opened). It was a lifesaver to stick Ella in bed, crank up the sound machine, and close the door at night and for her naps. Let me tell you, I prayed for a closet like that the whole way up to Dallas, miserably imaging five days of trying make my baby sleep in the bathroom and wondering how I would deal with having no access to said bathroom for 12 hours a night, beginning at seven in the evening. 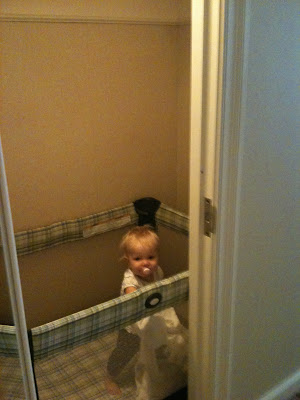 Closet aside, the Fairmont was very lovely, and you would have thought the staff had never seen a baby before. By the end of the week, nearly every bellhop and concierge knew Ella’s name, were pulling out bubbles and other little toys when she came by, and would stop to talk to her. One man, the second morning we were there, rushed by and the stopped and said, “Yesterday afternoon, the entire executive board wouldn’t stop talking about how cute your baby is. It took up the first five minutes of our meeting.” Oh, Fairmont. You’ve made me a fan for life.

While Bart was in training all day, Ella and I enjoyed getting to know Dallas a little better. We visited the Arboretum ($1 days in August! Probably because it was so hot – we fortunately went on a day where it’d rained for a bit in the morning, so it was reasonably cool). 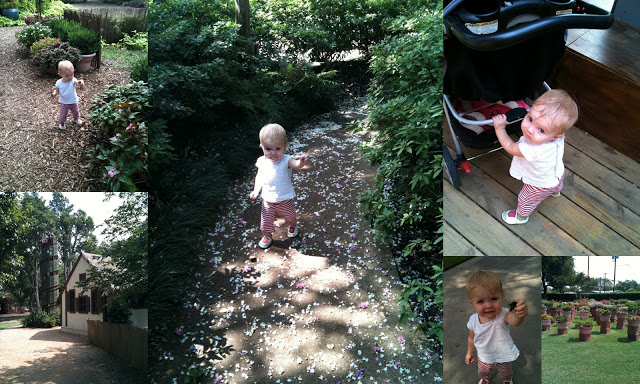 We checked out the children’s section of the Dallas Public Library which is very very nice. 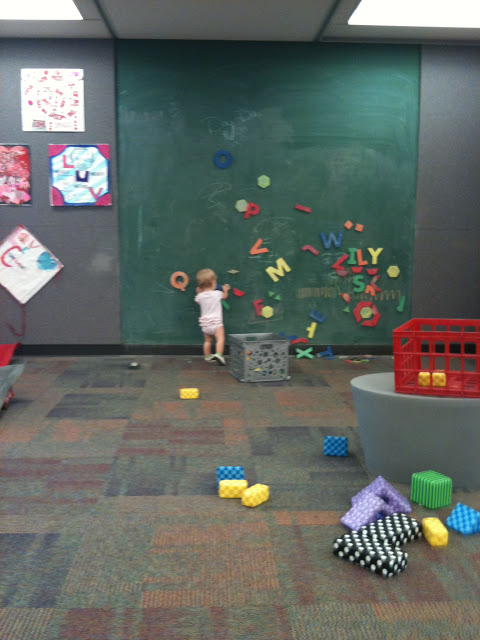 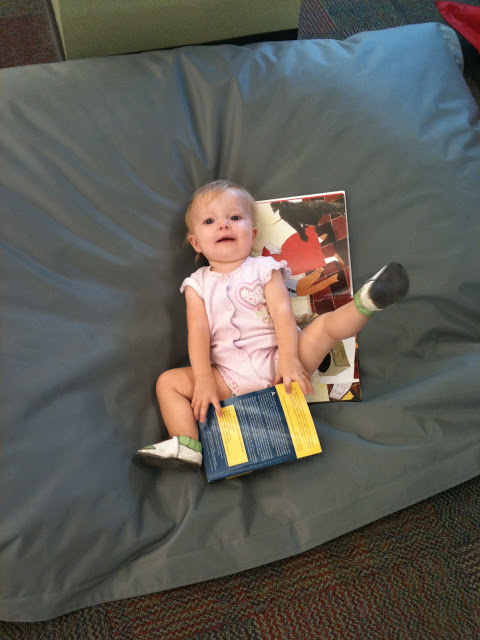 The Fountain Place next door to our hotel provided endless entertainment and shade. 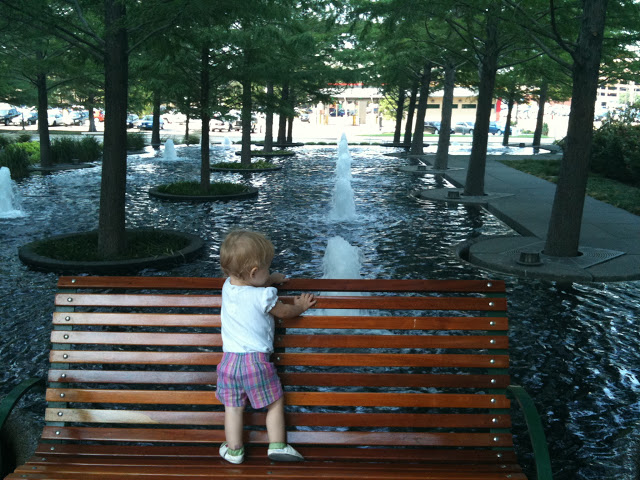 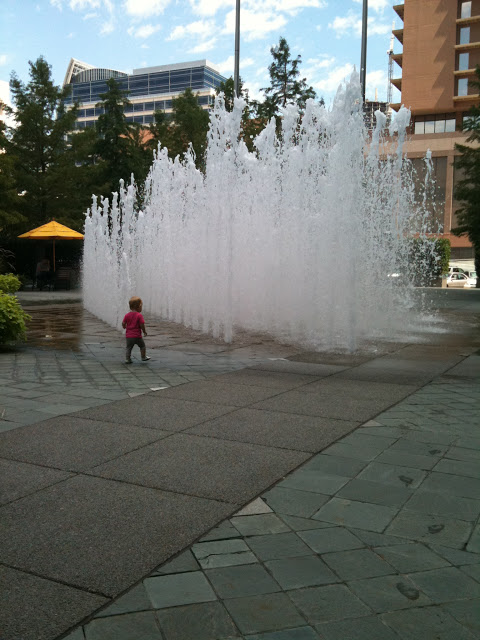 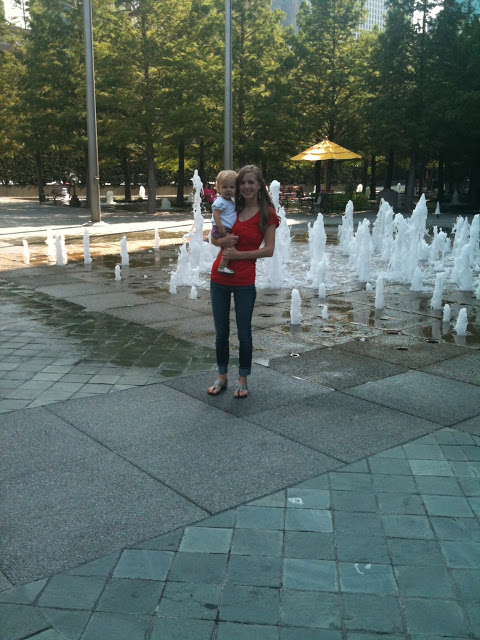 We had picnics on the floor of our hotel room (you may notice that someone didn’t want to wait until I was done taking a picture of my nicely arranged tray). 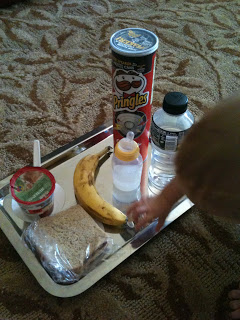 There was some brain-rotting with TV (hardly. Ella mainly just LOVED playing in the pillows and throwing the remote on the ground. Happily, she had no idea what the remote was really meant for).

And the three of us went out for dinner every night.

There was also swimming, lots of elevator rides, picking up rocks on the garden level, and petting the stone turtle in the lobby. Really, what more could you ask for in a vacation?

It was a fun week and nice of Bart’s job to pay nearly the entire thing (minus seventy five cents to park at the library). And now I’ve seen more than the freeway in Dallas.