Eight weeks in and we’re settling into a good school routine.

In the summer, bedtime drifts later, along with the longer days, but now that the girls are in bed at a more reasonable time, it gives Ella plenty of time to read before she goes to sleep and she’s cruising through books, both audio and print. 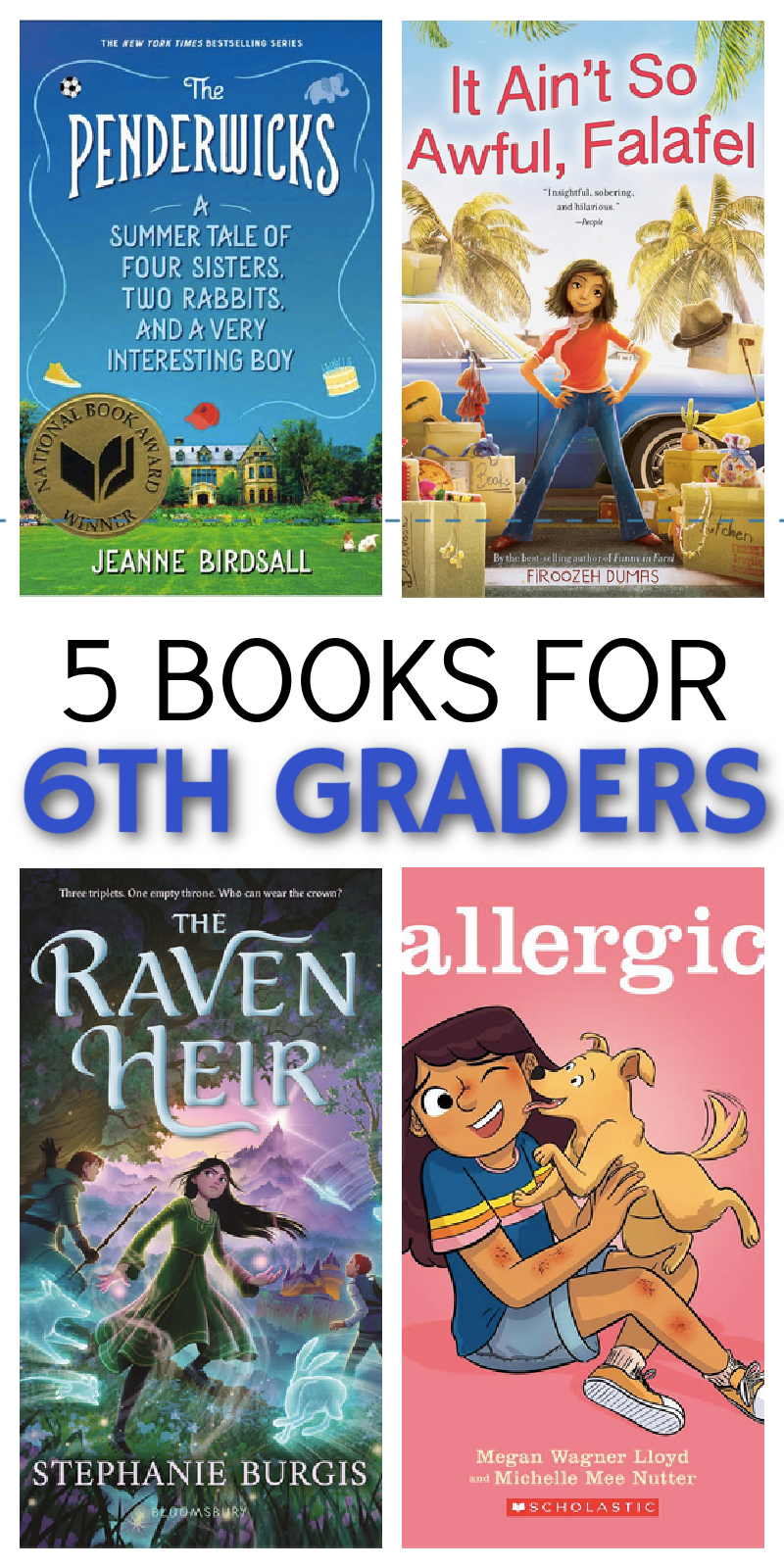 It Ain’t So Awful, Falafel by Firoozeh Dumas
384 pages
I didn’t even know this book existed until after we did Funny in Farsi for the Everyday Reading Book Club this year. I’d read both of Firoozeh Dumas’ adult memoirs but I had no idea she’d written a middle grade novel! I picked it up this fall and read it aloud to the girls and we all loved this fictionalized story based on Dumas’ own childhood growing up as an Iranian in Southern California during the Iranian Revolution and the Iranian hostage crisis.

What Ella has to say: I really really did not want my mom to read this book aloud and I made my thoughts very clear. Mom thought my objections were hilarious and read it anyway. At first, I couldn’t like this book as a matter of principle but to my absolute horror, it was a good book. I liked that it had some storylines that took a while and other things happened quickly. I also thought it was funny that in the beginning she said she’d moved four times and she said she’d never met a kid who had moved that much, because I’ve moved eleven times!

The Penderwicks by Jeanne Birdsall
288 pages
My big girls listened to these books on repeat over the past couple of years and this year, when we were driving to and from Las Vegas this Labor Day, we listened to the first two books all together in the car and I was so glad to finally hear it all at once (I’d heard bits and pieces but never straight through). They are a DELIGHT.

What Ella has to say: I really like The Penderwicks because 1) it’s hilarious, 2) every book in the series (after the first book) switches who the main character is but still tells about the other characters and 3) it’s the kind of book you can read again and again and again and it doesn’t get boring. I was delighted when we started listening to this in the car and all my sisters liked it (which is the fourth thing I like about it – you can enjoy it at any age).

Skulduggery Pleasant by Derek Landy
368 pages
Bart and I listened to this first book more than a decade ago and absolutely loved it. This October, I used one of my Audible credits to buy the audio collection of the first three books. We listened on the way to the pumpkin patch and it was a little scary for my younger girls, but Ella was ENTRANCED and has been blowing through the series on her own.

What Ella has to say: I really liked Skulduggery Pleasant because it’s such a far-fetched premise but the way it’s told, it feels like it could be true. I really like the characters and each book in the series builds on each other instead of starting over entirely. With the audiobook collection, I could almost not tell where book 1 ended and the second book began – it was so smooth! It’s definitely better for a little bit older kids; all my sisters are spooked by it.

Allergic by Megan Wagner Lloyd, illustrated by Michelle Mee Nutter
240 pages
I can’t remember where I saw this book recommended, but I requested it from the library and when it showed up in our holds, Ella immediately snagged it. It follows Maggie, who feels left out at home – her parents are expecting a new baby and her twin brothers have each other. What would really make life better? A puppy of her own. But when she discovers that she’s severely allergic to fur, it looks like that dream might come to a quick end.

What Ella has to say: This is a graphic novel, which automatically bumps it up a notch for me. I really want a pet and I have to admit it was a little bit satisfying to read a book where someone else didn’t get a pet either. I liked the illustrations a lot (the baby was so cute!). I do think it seems a little unlikely that she would be THAT allergic to fur but she hadn’t noticed before she was eleven.

The Raven Heir by Stephanie Burgis
224 pages
This was another read-aloud and since my girls have all loved The Goose Girl and this had comparisons too it, it seemed like it would be a hit. And it was! I’ll admit I didn’t think it was anywhere on the level of The Goose Girl, but it was a well-done story about a kingdom torn apart by war and the mother and her triplets hidden away in the forest to keep from becoming forced to rule (and likely die for) the kingdom.

What Ella has to say: The Raven Heir is another one my mom read aloud to us and it was really good. I really liked how it was split into alternate dimensions – the forest and everywhere else. I liked the characters a lot and how they got powers. I basically like anything with magic, so if you know of a magical graphic novel that’s also a mystery? I’m in. I won’t say too much more about this book because I don’t want to spoil it – there are a lot of surprises!