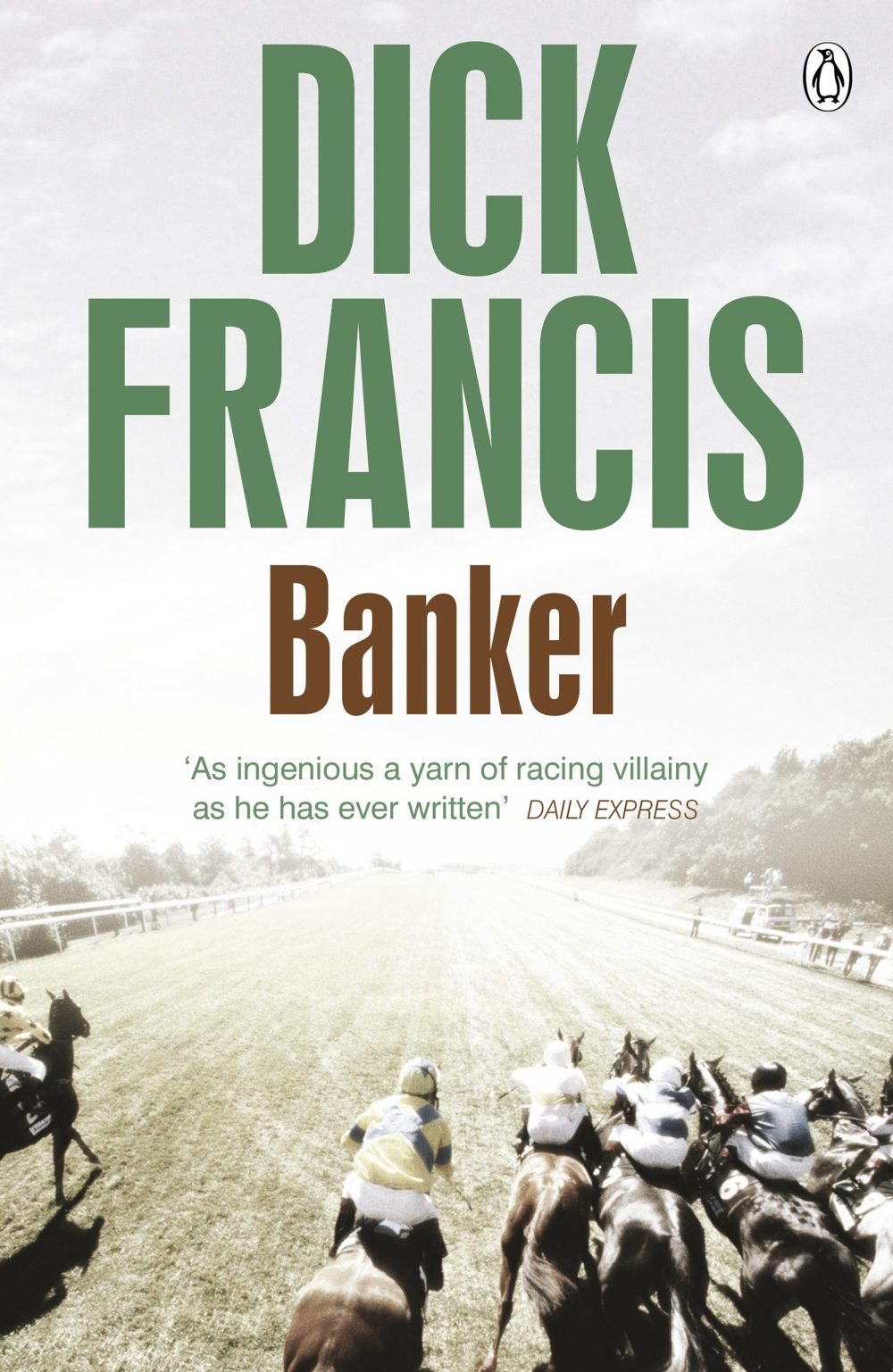 9 of 10: Banker by Dick Francis is a great read – likable characters, interesting setting, and a fast-moving plot. I could not put this book down after the first 50 pages.

About 15 years ago, when we were visiting my grandparents, my grandma told me how much she loved Dick Francis’ books, especially To the Hilt. I started reading it, but someone was murdered straight off and it was just too scary for me.

Then, in the last year or so, my mom has become a huge fan of his books, and when I was visiting most recently, she lent me Banker, telling me it was her favorite of all his books (and seeing as she’s read every single one of his books, she should know).

And she was right – this book is terrific.

If you know nothing else about Dick Francis, this is what you should know. He used to be a steeplechaser and horse jockey for the Queen, and all his books revolve, in some way, around racing horses.

This one is about Tim, who works for a bank his grandfather started decades earlier. He’d originally had no interest in going into the business, but after his dad ruined himself financially, his uncle requires him to go to work at the bank for at least six months. And, surprise, surprise, he is really good at it and enjoys it.

Much of his job is deciding what businesses get loans and one of the big ones that comes up is the purchase of a star racing horse, Sandcastle, for a stud farm (for the sum of five million pounds). He does a lot of the research and is very impressed, and most of the board of directors agrees that it is a good investment.

For a year or two, things go well, but then something comes up that suggests that there is a major flaw with Sandcastle, one that will cost both the owner and the bank dearly.

Tim, who has developed a great deal of respect for the man who bought the horse, is anxious to figure out if there is a way to save both the man’s business and the bank’s money, but the more he looks into the matter, the more dangerous and sinister it becomes, with several people turning up dead.

It’s a fast paced story, with some mystery and intrigue, which I loved. It’s well-worth a read.

I may not read every Dick Francis book, like my mom, but I’ll certainly be reading more than just Banker.

if you liked this full review of banker by dick francis, you might also like these other posts: