A few days before we left for Europe, I spent a bunch of hours searching for apps to load up the iPhone and iPad. (And also completely clogging up our internet which was ridiculously slow at the house we rented in Arizona).

I’m pretty picky about the games my girls play – I hate ugly ones or ones that are overly frustrating or that I have to spend a ton of time babysitting them through.

I’m less worried about their educational value, frankly, and more concerned with how much my girls like them. I mean, if they are educational, that’s a great bonus, but not a requirement in my book.

I generally don’t like to pay for apps for preschoolers if I can help it, although I did have a couple of iTunes gift cards sitting around, so I was more willing to pay for a couple this time around, so not all of the ones on this list are free.

After the 1926 miles of driving we did through Europe in the last two weeks, all the apps I downloaded got a lot of use, and I had Ella tell me which ones she’d enjoyed most.

Here are our eight best picks: 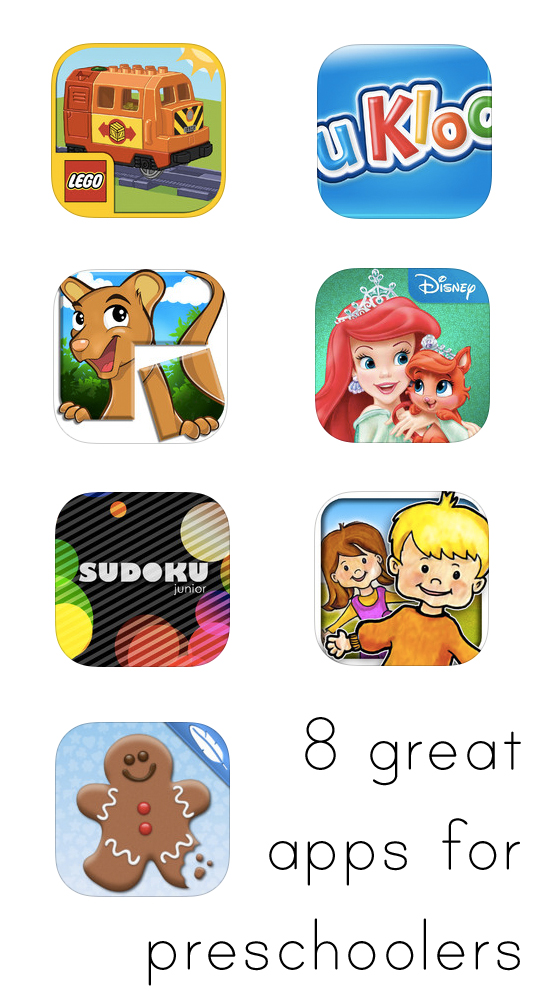 Any apps you particularly love? With lots of travel ahead, I’ll take all the recommendations I can get!

Previous Post: « Week 2: Austria, Switzerland, and France
Next Post: Raiding My Sister’s Closet: Dress It Up or Dress it Down »