Everybody needs a book so good you almost wish your road trip or airplane flight was just a LITTLE bit longer. You don’t often wish for more time strapped into a chair, but these four do an impressively good job making you wish the travel portion of your vacation wasn’t quite over. 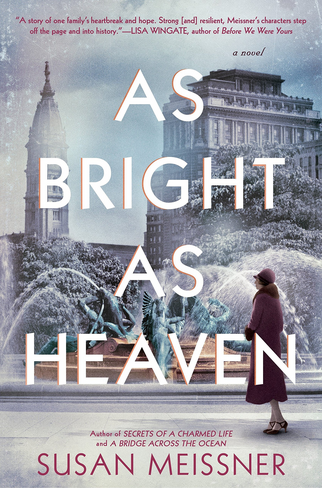 As Bright as Heaven by Susan Meissner

I checked As Bright as Heaven out from the library MULTIPLE times before I finally opened it up. And then I read it in two days on a trip last fall (I finished it sitting on the pavement outside the rental car place while Bart stood in line for nearly an hour). It’s set during the Flu Epidemic of 1918 and follows the Bright family that moves to Philadelphia so the husband can work with his uncle running a mortuary. It’s not just a steady job that draws them to Philadephia – they’re also trying to leave behind the heartache of the baby boy they buried a few months earlier. Heartache seems to follow though, them, when the Spanish Flu sweeps through the city, leaving more than 12,000 people dead. But when a new baby boy finds a home with the Bright family, it seems as if there might be a bit of happiness along with all the tragedy. I couldn’t read this book fast enough and loved watching the story unfold over the course of a decade or so. 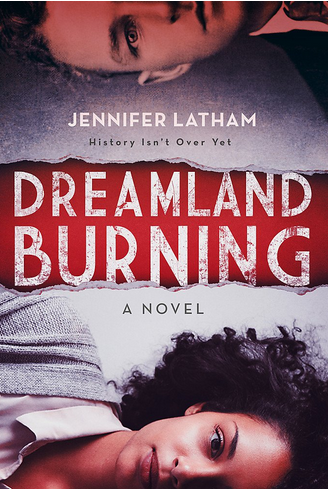 It usually takes a REALLY good book for me to be okay with dual narrators, but Dreamland Burning? Oh, it works. One narrator is Rowan Chase, a 17-year-old girl in present-day Tulsa, Oklahoma and her summer plans go off the rails when the workers doing some renovation on her family’s property uncover a 100-year-old skeleton. While the police don’t seem very interested, Rowan isn’t about to leave this mystery alone. The other narrator is Will Tillman, who is also 17, but lives in 1921 Tulsa. The city is deeply segregated and Will has little interaction with any black people until an illegal sale at his father’s music store introduces Will to a black teenager about his same age and his little sister. You know from the get-go that the 1921 storyline is building to the two-day race riot in Tulsa (it’s one of the worst incidents of racial violence in US history) but watching it all play out is what kept me turning pages so that I finished this in about two days. And how do those two storylines intertwine? Well, I guess you’ll just have to read it. 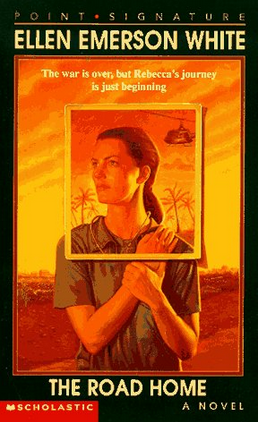 Ellen Emerson White is one of my very favorite authors (I included her book The President’s Daughter in the 2017 Summer Reading Guide) and this book about a 21-year-old nurse during the Vietnam War was my first introduction to her. Before the book begins, Rebecca was involved in some sort of accident that included causalities and although you get very few details, it is clear that it has destroyed Rebecca. Prior to the accident, she was funny, light-hearted and energetic and now, she’s almost unable to function. And when her assignment is complete and she is sent home? That’s almost worse because she’s knows she’s not going to be able to easily slip back into her old life. The dry wit and snappy dialogue in this book keeps it from being overly depressing despite the heavy subject matter. 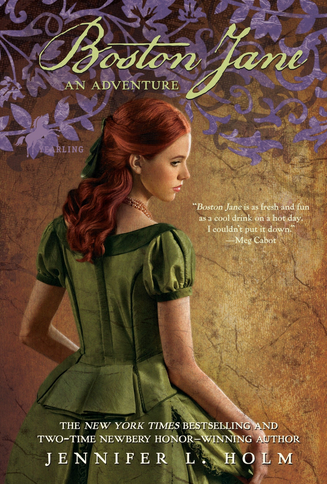 I blazed through this young adult trilogy in four days and loved every second of it. Jane is sixteen, headed to the west coast by ship in 1854, leaving behind her comfortable home and beloved father in Philadelphia. She’s never really fit in with the other society girls and so when her father’s handsome medical apprentice who left to seek his fortune in the West sends her a proposal, she boards a ship and heads out for an adventure that’s nothing like she is expecting. Her finishing school lessons have left her entirely unprepared to live in the wilderness and she has to decide whether to flee back home or roll up her sleeves and learn some survival skills.Funny, adventurous and romantic, I adored all three of these books.