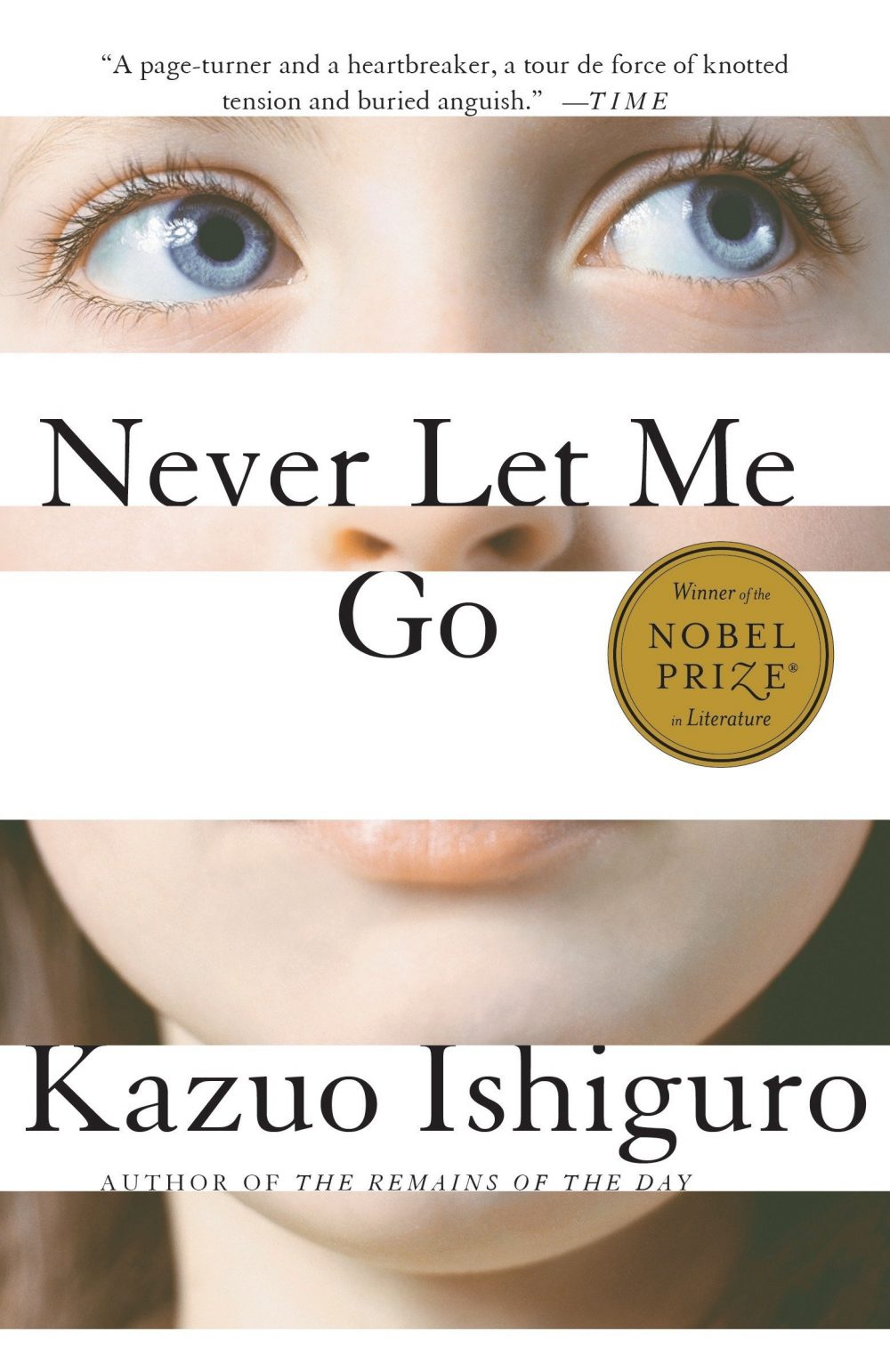 6 of 10: I liked Never Let Me Go well enough, but it never gripped me and I never felt like there was a substantial plot payoff. In my mind, there are better books on this topic.

This was the book RA recommended to me, that sparked the plans for “Tell Me What To Read.”

The title didn’t give me any indication about the topic of the book, so I was surprised when I noticed on the library catalog record that one of the main topics was. . .well, never mind. I don’t want to say because it sort of gives away most of Never Let Me Go, and I don’t think I was supposed to know, which may have been part of why I didn’t love this book. I knew one of the main plot points from the beginning and so I found the unbelievably slow doling out of information about this to be a bit tedious.

The book is narrated by Kathy, who is a “carer,” taking care of donors; during this period of her life (spanning eleven years) she looks back on her schooling at Hinglhim and the friends she made there as they slowly came to realize what their lives had in store for them. The other main characters are her sometimes friend/sometimes rival Ruth and Tommy, who is both Ruth’s boyfriend and someone that Kathy deeply connects with in a way different from her other friends.

I don’t really know how to talk about this book because there is not particularly a big reveal or some huge plot point. Even if you don’t notice the catalog record, you probably will figure it out sooner rather than later. It really is just someone reflecting on her life, a life where she happens to be destined to for something outside her control. I kept thinking that something major was surely going to happen, but as I got closer and closer to the end of the book, I started to realize that maybe there was no major plot twist. The characters sort of exist in a vacuum – there is never much discussion about anything else going on in the world or why things are the way they are.

I can appreciate that there is symbolism and rich themes in the book (such as coming to terms with your lot in life and how you interpret events when you have very little framework with which to do so), but generally I like those to exist in tandem with a gripping plot line too, and I just felt like that was not there.

I never felt particularly invested in any of the characters. I detested Ruth, I felt like Tommy wasn’t all that bright, and I didn’t feel any particularly affinity for Kathy. Oh, it’s hard for me to read a book where no character grabs me.

There was one literary device in this book that made me kind of crazy. Almost every single section of Never Let Me Go (each section being about 1-5 pages, so we’re talking a lot of sections here) would end with a sentence like “but we didn’t really know about Tommy’s problems until the incident in our fourth year.” And then the next section would begin, “In our fourth year, there was an incident with Tommy.” This would have been fine once or twice or even a dozen times, but when it happened probably close to a hundred times, I was just inclined to roll my eyes.

I know it probably sounds like I hated this book, but that’s not true. It was a reasonably quick read and it kept me interested, it just didn’t conclude in a way that satisfied me very much and I feel like I’ve read other books with similar topics that I enjoyed substantially more.