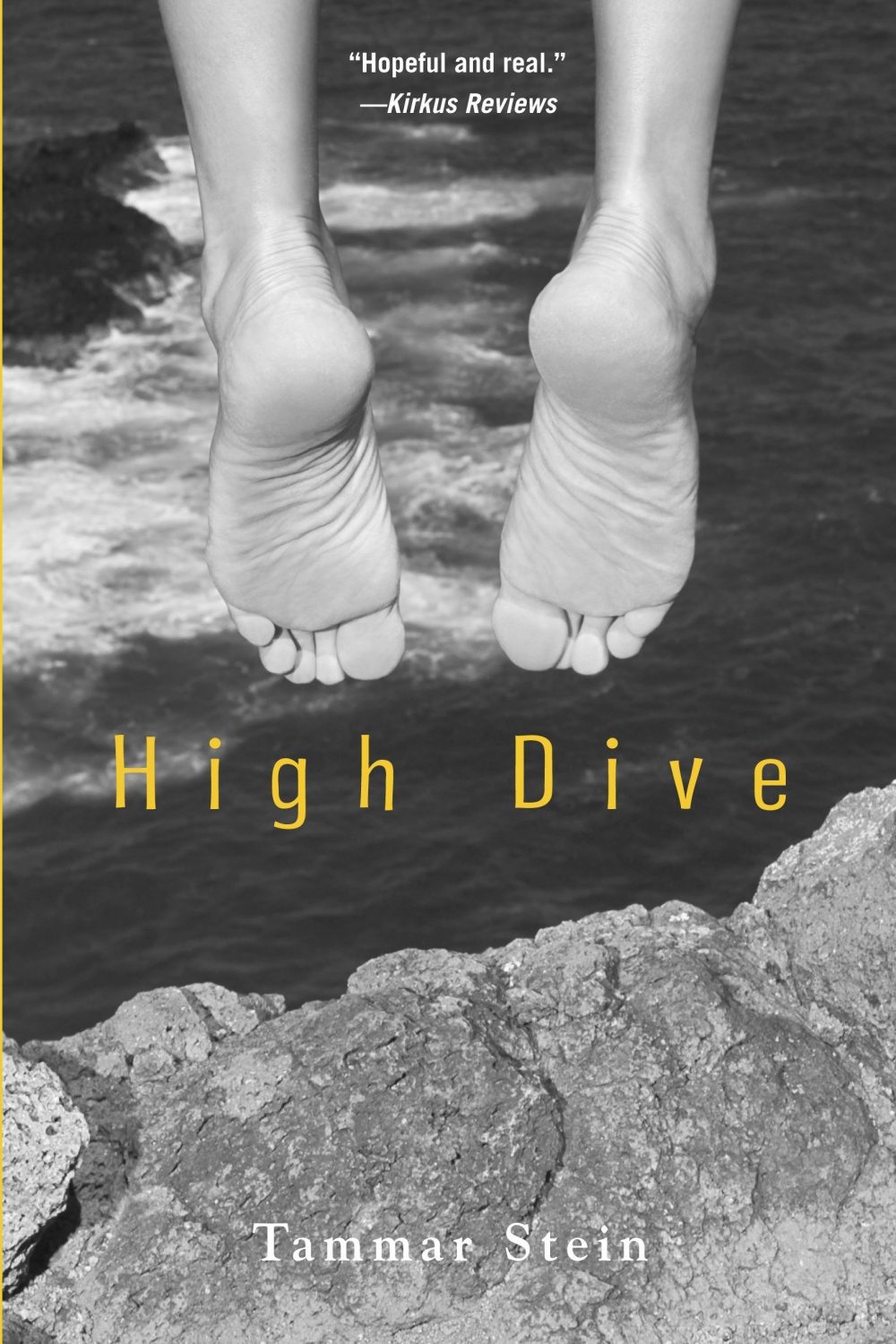 High Dive is a fantastic “coming-of-age” novel. It’d be hard to decide whether the characters or the prose are better.

Arden is dealing with the recent death of her father and her mom’s deployment to Iraq as an Army nurse, while traveling through Europe to Italy to close up the family’s vacation home there and get it ready to sell. Highly recommended.

Arden doesn’t have a lot of roots. Her mom is an army nurse and has been stationed all over the world, meaning that Arden has moved every few years her entire life. The one place she’s always been able to rely on, though, is the beach house in Sardinia, Italy that her parents bought on their honeymoon (her mother was already in the army, so they felt a beach house could give them some stability, since they’d never probably own a home). Arden and her parents have gone back every few years since.

But then Arden’s dad is killed in an accident and her mom is deployed to Iraq to work in the hospital for eighteen months. Arden and her mom decide to sell the beach house, and Arden, who has just finished her freshman year at Vanderbilt, volunteers to go clean it out and lock up before the new owners take over. She’s dreading the trip, though, and the idea of returning to the scene of so many happy childhood memories which now seem long gone.

On the flight over, Arden meets three girls from the University of Texas (coincidentally the same university I’m now attending) who are on their way to Paris. They invite her to skip her connecting flight and come to Paris with them instead. Surprising even herself, Arden agrees and finds herself in Paris. Of course, the cheap and clean hostel the three girls are staying at is full, and Arden finds herself sleeping alone at a dirty and overpriced hotel. Despite the friendliness of the girls, she feels incredibly alone and is constantly reminded of her nearly-debilitating fear that something will happen to her mother and she’ll be left completely alone.

Added to her worries about her mother, is the situation with Peter. She and Peter went to elementary school together for a year or so while both of their families were stationed at a base in Kansas. They weren’t exactly close friends, but they certainly knew each other and when, in high school in a new city, she discovers that Peter is there too, she is thrilled to know someone, anyone. Peter has grown up to be unbelievably handsome and the star of the swim team (with Olympic prospects); the girls at the high school worship him and Arden is afraid to confess how much she likes him too.

But then, when her dad dies, he writes her a sweet little letter about a funny incident he had with her dad, and they become real friends. On graduation night, he kisses her, but afraid of losing her one friend and hating herself for secretly feeling like something good might have come out of her dad’s death, Arden pushes him away and they go back to being friends. Over the past two years, they’ve remained in contact via email and have gotten very close, but Arden is afraid to ever mention graduation night or her deeper feelings for him, fearing that she’ll lose him too.

Compared with her own situation, the Texas girls seem to have an easy and fun life – plenty of money, life-long friends, and the ability to just relax and have a good time. The title, High Dive, comes from the feeling of being on the edge that Arden is constantly fighting. She knows she’ll eventually have to deal with the beach house, and her fear of losing her mother, and her relationship with Peter, but she doesn’t know if she’ll jump or go back down the ladder.

I think High Dive by Tammar Stein could easily have slid into the melodramatic, unrealistic YA territory (my mom is in Iraq! My dad is dead! I have no friends!) but Stein handled the topic beautifully. Not only was the writing gorgeous, but the characters, especially Arden and her mother (represented mainly through emails), are real and well-developed. Although I’m older than Arden by a few years, I can certainly still identify with many of the worries she finds herself constantly returning to.

There’s quite a lot of talk about religion in High Dive, but I wouldn’t consider it a religious book. It’s more focused on Arden’s reflections of the deep religiousness of the people and churches that built cathedrals and other monuments of their faith all over Europe. Arden mentions at one point that she is Jewish (she’s worried she won’t be able to rent a room for the night at a Catholic convent with the other girls) and later she reflects that Jews don’t have the sort of massive churches and temples that she’s seeing all over Paris and Italy. Instead, they carry their highly portable Torah scrolls. “I understood such measures,” she says “but still, sometimes it was nice to see proof of your faith larger than life and permanently on display. Somewhere, not far away in the soft Italian night, the great Duomo stood, a massive testament to the the belief that God existed, that He loved us, and that we were not alone.” (Page 106).

High Dive by Tammar Stein had so many beautiful passages that I ended up with little Post-it tags all over the pages. I particularly appreciated that the lovely prose never slowed the story or weighed down the narrative flow. Here are a few I especially liked:

“When I first found out about the deployment, I’d tell people my mom was heading to Iraq. I expected them to be impressed. But instead, they’d give me the same look I might give someone if they told me they had been diagnosed with cancer. Concern, pity, and that slight hint of distaste. They looked at me like something awful had already happened.” (Page 8)

“Reading [Peter’s] answer and feeling my heart nearly ache with teh sweetness of it, I finally admitted to myself that what I felt for Peter was more than friendship and a lot closer to love. But I couldn’t bring myself to tell him. I could bare my soul to him but not my heart.” (Page 70)

“I wanted to believe that God or fate or whatever was up there deciding who lives wouldn’t, couldn’t take my mother. But I knew the futility of thinking like that. There wasn’t anyone keeping score. No one with a clipboard making sure the outcome was fair.” (Page 85).

“Most people, I gradually noticed, didn’t spend that much time looking at [the statue] David. It seemed like all they wanted out of their trip was the ability to say to the folks back home that they saw David.” (Page 111)

This is definitely a girl book, although I could see some boys dealing with a deployed parent identifying with it. It’s geared more toward older girls, not because of mature content (there are only a few swear words in it and only passing mention is made of another girl who has had sex) but because it deals with the kinds of emotions that come as you prepare to leave high school and move on to college – what kind of relationships do I want? Who do I want to be? How do I mesh my childhood with my impending adulthood. What do I have faith in? When do I make the scary jump and when do I walk back down the ladder?

High Dive is a book that deals with the difficult aspects in life in a gentler way than books like Speak or Story of a Girl. It’s a book I wouldn’t worry about recommending to someone else’s teenager, but I also wouldn’t fear that they thought was talking down to them. It’s simply a thoughtful, interesting, and beautiful book that I feel most teenager girls could identify with, whether or not they had any military connections or a deceased parent. I highly recommend this book.

Cross-posted at The Well-Read Child