Last March, I wrote about this dot art project I did for above our table. 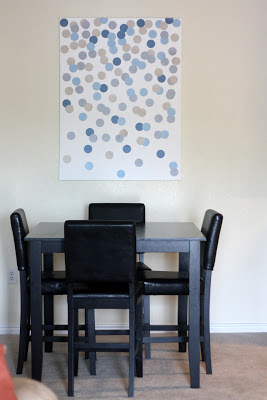 After about six months, Bart and I got a bit tired of it. Eventually, we decided to replace the Tube Map we’d gotten rid of when we moved from Boston, but when it arrived and we got it framed, it was too small for that space, so we found a home for it on a different wall.

But, by that time, we’d already taken down the canvas and let Ella pull off all the dots. Which meant the canvas went back to sitting against our bedroom wall for many weeks, while I decided what I wanted to do with it instead.

Then, one night, while I was browsing Pinterest, I saw this print from Etsy:

And I thought, “I could possibly do a version of that.”
So I did. 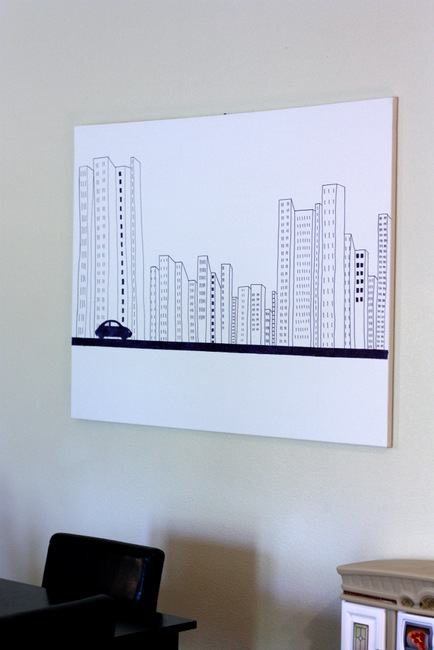 This was a very simple project (seriously, I have no artistic ability whatsoever, so if you have a working arm, you can definitely do this yourself).

Also, it was super inexpensive, especially if you already HAVE a canvas sitting on your bedroom floor.

Here’s what you need, should you wish to do one yourself:

First, drag your two small children to Michael’s to buy an art marker. They will love it. 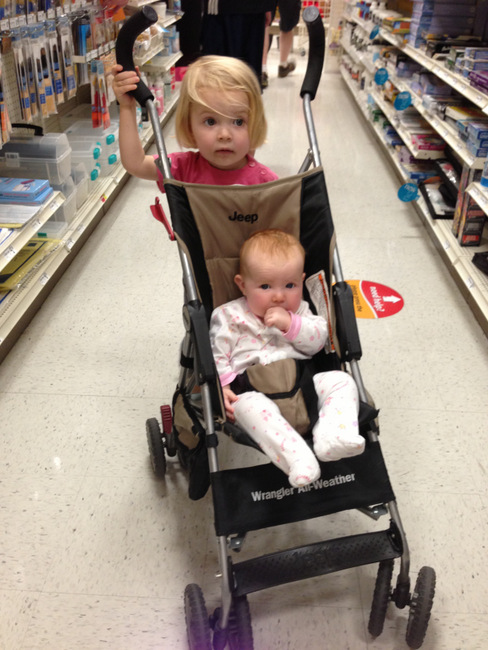 Next, bring them home and put them both down for naps. You will love it.

Using your measuring tape to make sure it’s even (I measured about every three inches and made a pencil mark so I could line the tape up), put a line of tape on the bottom half of your canvas. My canvas is 36 inches tall and I taped at 10 inches. 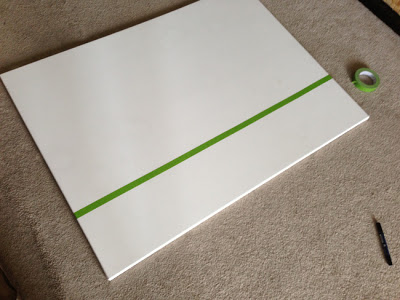 Draw your buildings with the fine tip of the marker (I pulled the Etsy image up on my iPad so I could kind of follow along, although I didn’t copy hers exactly – mine has only about 2/3rds as many buildings and as I went along, I changed up the heights, but her image was a great guide).  I drew a couple of practice ones on a piece of paper, which helped a lot, although you can still tell I got better as I went along. Ah well. 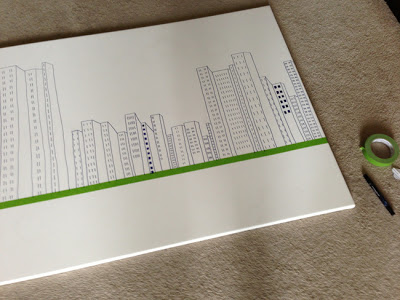 I printed out the car outline, cut it out and traced it onto the board and filled it in with the marker. 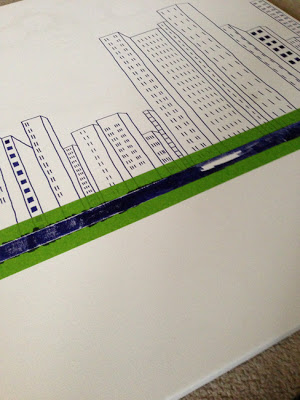 I peeled off the tape and put a hanger on the top back. 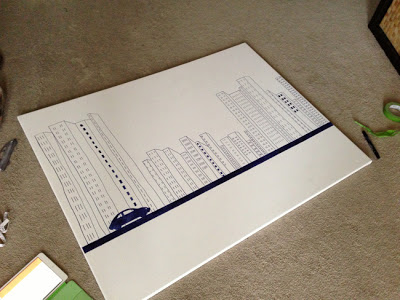 I made Bart hang it up for me and, ta-da! Done before either girl woke up from her nap. Also, no more bare, sad wall. 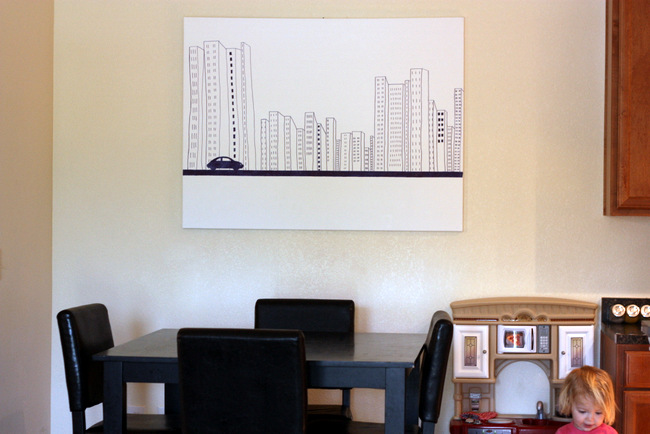