For the last couple of years, Ella has been recommending titles on my blog in a series called Ella Enjoyed.

It’s been hugely popular and over the last few months, I’ve gotten more and more requests for Ani to do the same for books that SHE is enjoying.

For reference, Ani just turned 8 and is halfway through second grade. She was a struggling reader last year, but thanks to Savvy Reading, her abilities have really skyrocketed this year and she’s now reading strongly and independently at grade level.

I truly wondered if this day would ever come for her and I admit that if she’s on the couch reading a book on her own, I avoid asking her to do any chores because I’m just so THRILLED to finally see her choosing to read for fun and I don’t want to disrupt her.

Anyway, here are her first five picks for the inaugural edition of Ani Approved! 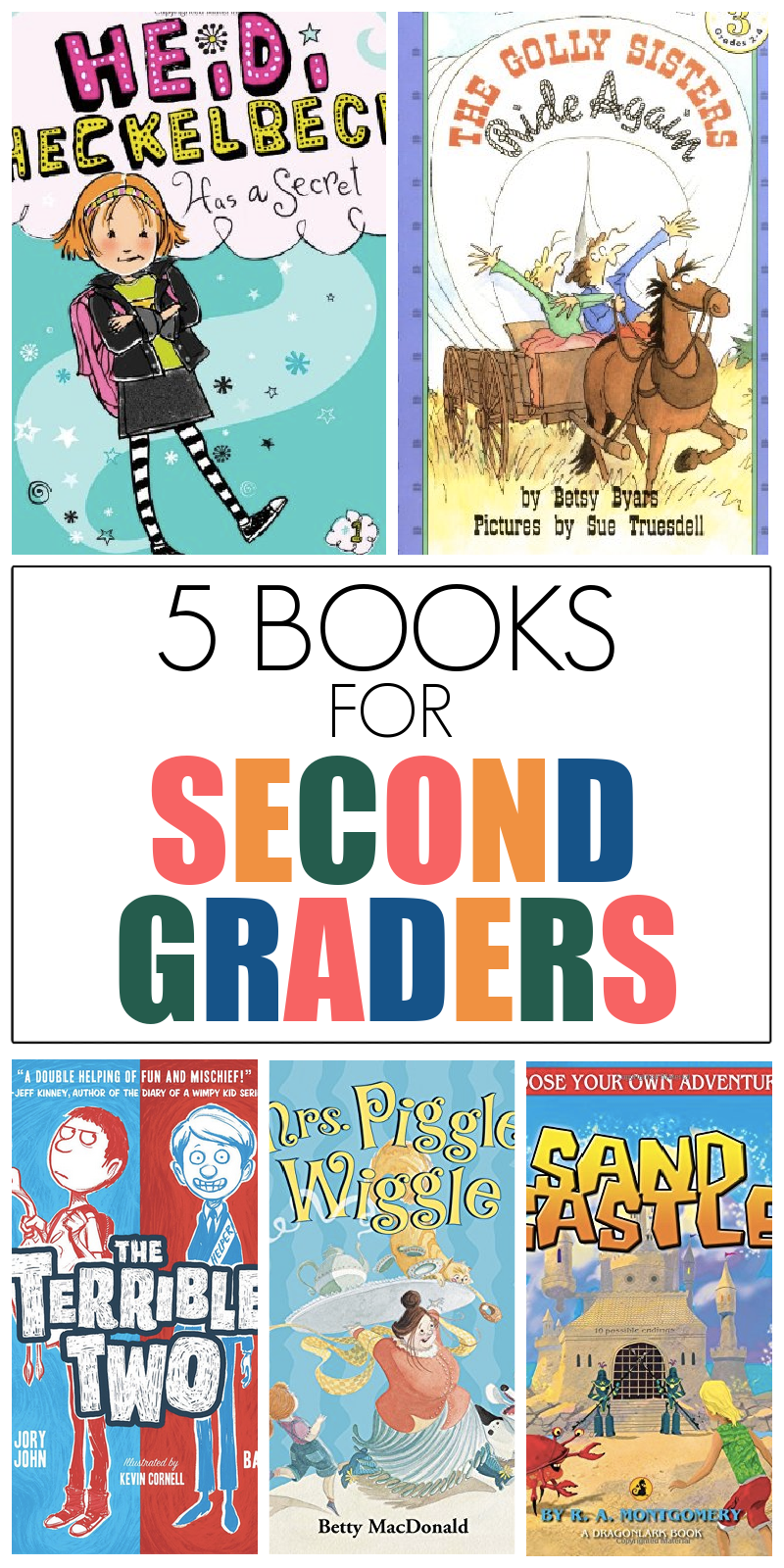 The Terrible Two by Mac Barnett, Jory John, illustrated by Kevin Cornell
240 pages
This four book series is included in Audible Plus and all my girls have listened to it NON-STOP since they got their Echo Dots. Miles Murphy has moved to a new town and if he’s going to bring along his title as greatest prankster, he’ll have to outwit the new town’s current reigning champion of pranks. I think these books are a bit too advanced for Ani to read on her own quite yet but as an audiobook, she’s gobbled it up.

What Ani has to say: I like it how they start as enemies and complete strangers to each and then become best friends. Principal Barkin loves Niles but really doesn’t like Miles which is funny because they’re both big pranksters. It’s really funny and anyone who likes to laugh will enjoy this story. I can quote most of this book because I’ve listened to it so many times.

The Golly Sisters by Betsy Byars, illustrated by Sue Truesdell
64 pages
I grew up reading this hilarious early readers (they’re on about the same level as Frog & Toad books) about two sisters living out of a wagon and putting on shows wherever they go. They are always having ridiculous adventures and they are truly laugh-out-loud. Ani read these aloud to her little sisters dozens of times over the last few months and none of them ever tired of them.

Heidi Heckelbeck Has a Secret by Wanda Coven, illustrated by Priscilla Burris
130 pages
Ella loved this series at this age and while Ani is often reluctant to read the same books that Ella read, I suggested this one to her at the library and she’s been reading 1-2 of them a week since then. They have fairly large text and lots of illustrations, plus they’re just sweet and funny about a little girl who discovers she is a witch, with the magical powers that come along with that. This series currently has 32 books in it, so it’ll keep Ani busy for a while. (P.S. There is a companion series about her brother, Henry Heckelbeck, which is equally charming and fun – Ani and I read several of them together last fall and she’s been reading the rest of them on her own).

What Ani has to say: I like how she’s a witch but she pretends that she’s just a regular girl. In each story, she has one problem that she uses a spell to fix but usually it doesn’t work. If you love magic, these are fun books. I’ve read three of the books in the series plus I’ve read two Henry Heckelbeck books which are about her little brother.

Mrs. Piggle Wiggle by Betty Macdonald, illustrated by Alexandra Boiger
128 pages
This is another audiobook pick and Ani and Star have been listening to these tales of Mrs. Piggle Wiggle and her magical cures for childhood behavior on repeat for weeks. These were some of my favorite books growing up and it’s a delight to see my girls enjoying them now too!

What Ani has to say: She can cure everything and it’s hilarious to hear the different problem and how weird and hilarious the different cures are. Star and I like to listen to these on our Alexa and they’re great for listening to at bedtime.

Choose Your Own Adventure Dragonlarks by R.A. Montgomery
80 pages
I didn’t know until a few weeks ago that there was a younger version of the Choose Your Own Adventure series, aimed at readers from 6-8. They follow the same format as the standard CYOA books, but have full color illustrations, larger text, and fewer pages. They’re PERFECT for Ani and she’s been loving getting to read this kind of book on her own.

What Ani has to say: These are fun but after a while I get tired of having to choose every single time.