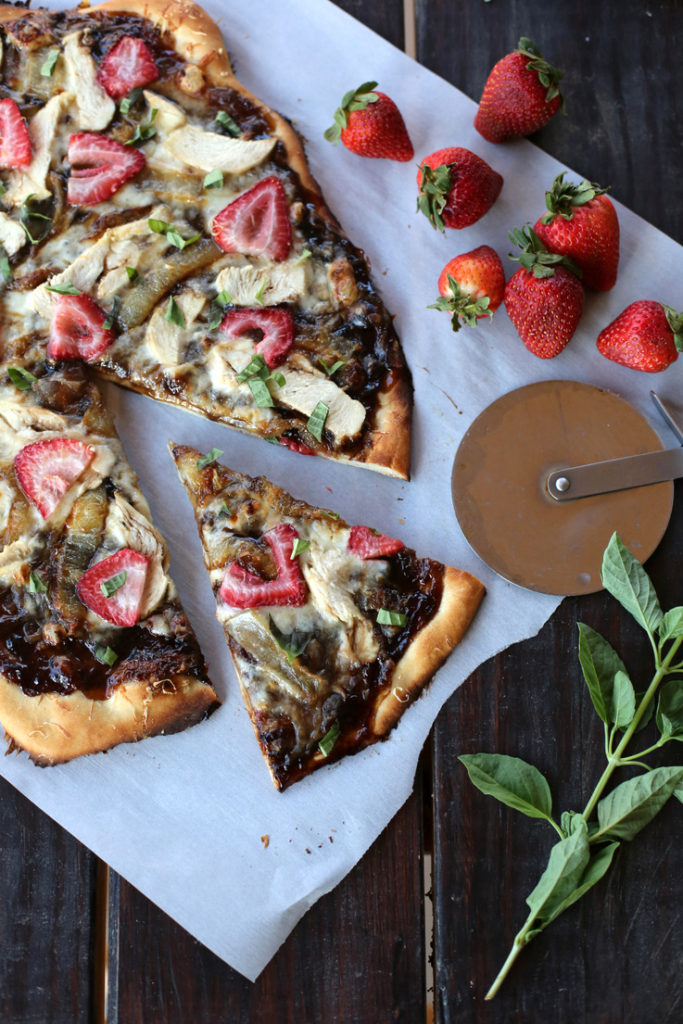 Of course, Ani immediately followed Ella’s lead and now SHE refuses to eat pepperoni too.

Star will happily eat four pieces of any kind of pizza you give her, crust and all, so on pizza night, she definitely has favorite child status.

I’m taking it as an excuse to venture outside our normal pepperoni pizza routine and try out new recipes.

This one actually isn’t new – we’ve been making it for the last three or four years, and it’s just the BEST.

With the fresh strawberries and basil, it’s basically summer on a pizza crust. Bonus points if you grill it (which we didn’t because it didn’t even occur to me until it was too late). 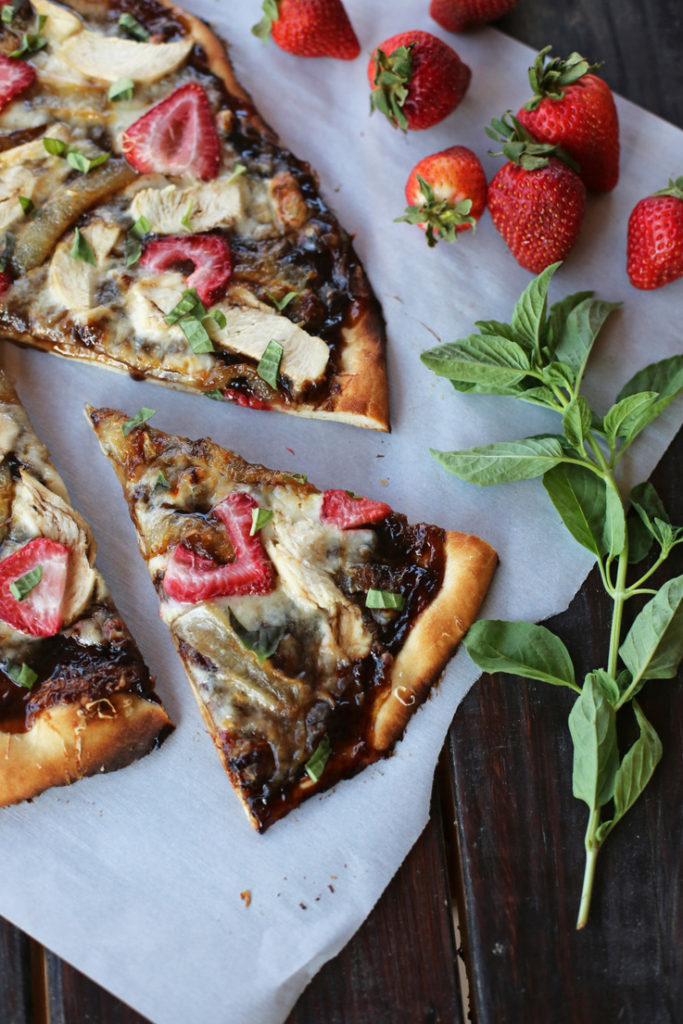 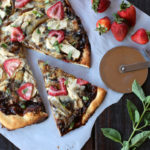 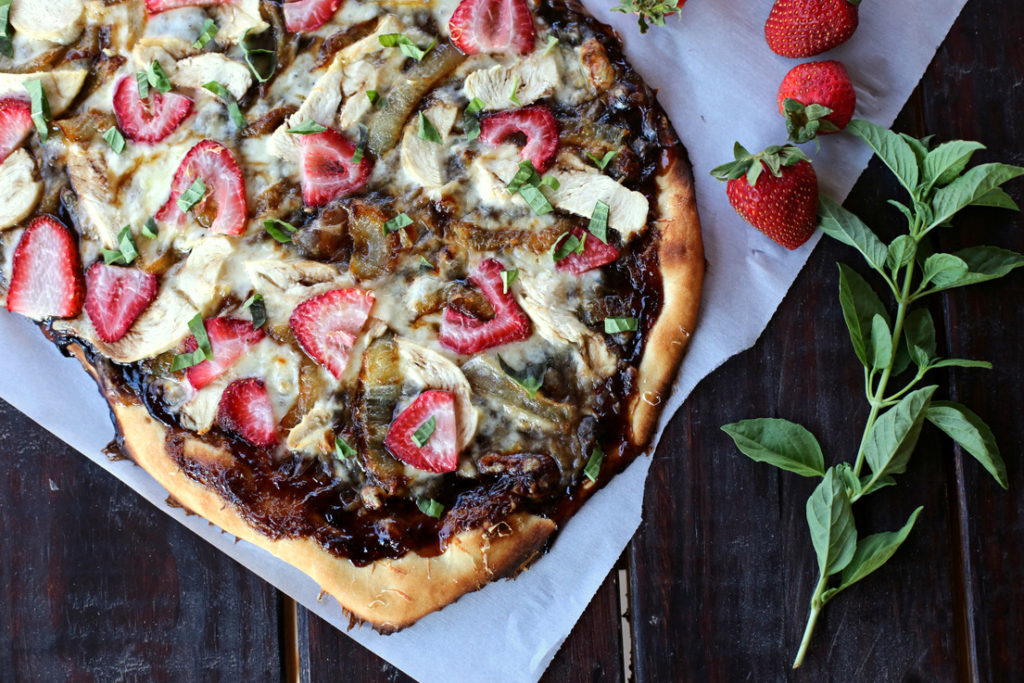