It’s been a long time since I took any pictures of what I was wearing (my bathroom door was starting to feel a little neglected, what with not being featured in any photos), but apparently not so long that Ella had forgotten how it worked.

She woke up from her nap, just as I was finishing my photos and as soon as I was done, she hopped in front of the camera, smiled, and said, “Take some of me!”

But she quickly decided she needed her hair combed and also some shoes. We took many photos. 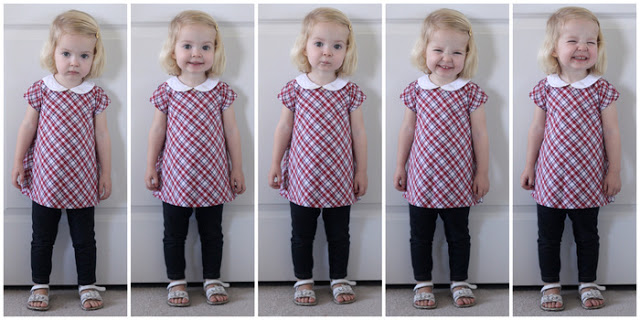 But even supermodels sometimes get tired of being in front of the camera and wants to be the one pushing the button instead.

Ani, as I predict will happen many times in the course of her life, was recruited to play along. I believe she was thrilled:

And who even wants to see ME after those pictures? Too bad, I’ll be forcing them on you (even my own mother would rather see pictures of the grandbabies, I’m certain).

I love those silly little girlies. They can stick around.

Previous Post: « Days of Blood and Starlight by Laini Taylor
Next Post: A Whirlwind Weekend in Dallas »