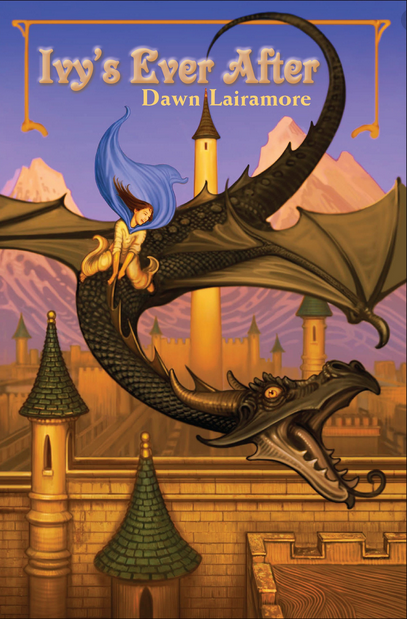 8 of 10: Ivy’s Ever After is a delightful fairy tale about a princess unwilling to wait around for the prince, who turns out to be a dud anyway, to rescue her from her tower and the dragon who guards her. Funny, clean, and a quick read, I’d be handing this off to the older girls at my elementary schools in a heartbeat.

ivy’s ever after by dawn lairamore

Ivy is the princess of a little kingdom called Ardendale. Her mother died when Ivy was born and her father has been a little scatter-brained ever since (and by “a little,” I mean “a lot.”). Ivy basically does as she pleases and is much more wild than a proper princess ought to be. Of course.

And then, she discovers, quite by accident, that when she turns fourteen, she’ll be locked in a tower that is guarded by a dragon and she’ll have to stay there until a prince comes and kills the dragon (not to worry, her nursemaid assures her, only a very few princesses have died of old age while waiting for a prince to come rescue them). The prince will then get the dragon’s treasure and become the new king.

Ivy is, understandably, horrified, and is certain that her father won’t force her to participate in this horrendous old tradition, but he is surprisingly unyielding on the matter. Apparently the royal line has been promised to only have daughters and because Ardendale is so remote, the promise of dragon treasure and a throne are pretty much the only way that a prince is ever going to come and marry an Ardendale princess. Also, the Ardendale royalty made a treaty with the dragons that included this guarding the tower business and if they don’t cooperate, things could go sour for the whole kingdom. The long and short of it is that Ivy must go.

And then, a few months before her fourteenth birthday, a prince arrives, set on being the one to slay the dragon. Prince Romil is very handsome and definitely seems capable of killing a dragon, but as the weeks wear on, Ivy realizes he is pretty evil and only wants to take over the kingdom and then go back and attack his older brother’s kingdom and rule a giant empire. So, you know, not exactly Prince Charming. Not even Prince A-Little-Bit-Charming.

Off to the tower Ivy goes on her birthday, but while she waits for the morning to arrive (bringing with it Romil and his attack on the dragon), she uses a magic mirror to spy on Romil and discovers he plans to kill her and her father as soon as they’re married. Horrified, she tries to escape from the tower but nearly kills herself in the attempt.

To her surprise, she’s rescued by the dragon, Elridge, who is guarding the tower and it soon becomes plain that he’s not much of a match for Romil, nor is he eager to be slain the next morning. So the two of them decide to set off for the mountains in search of Ivy’s long-lost godmother to see if she can help them sabotage Romil’s evil plans.

Ivy’s Ever After that makes me wish I was going back to work in the fall, because there are a lot of girls that I would recommend this book to (yes, it is a book that is going to appeal mainly to girls). Ivy is fourteen, but she seems more like ten or eleven to me, which makes this book a good sell for 4th and 5th graders. I think it’d have a lot of appeal to fans of Ella Enchanted (one of my all-time favorites) and Dealing with Dragons.

Ivy’s Ever After was just published a few months ago, but it has that timeless fairy tale feel that is really important to me in a fantasy book. It could have been written thirty or fifty or seventy years ago. I love that.

I have to say, though, that I do not care for this cover. When I left it on the couch, Bart picked it up and said, “This is a terrible cover!” Yes, yes it is. We’ll all just need to move on (and hope for better things in a paperback version).