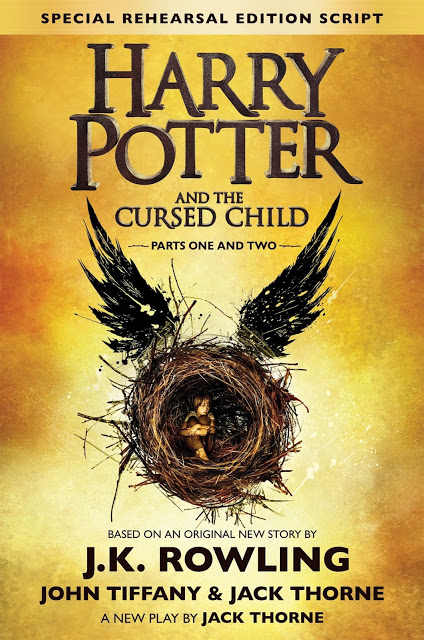 I have a long history of loving Harry Potter.

I hate to be all, “I loved Harry Potter before it was popular,” but, actually my family did get an early start on the most famous series of our lifetime.

In 1998, my mom was on the hunt for something new to read for our mini book club, and found a recommendation on Amazon for Harry Potter and the Sorcerer’s Stone.

The reviews were excellent and she ordered a couple of copies and distributed them to the various families involved in our little book club.

My mom has read aloud to us all our lives, and so she began reading this to us and within a chapter, we were all completely hooked.

We immediately dove right into Chamber of Secrets and then pre-ordered Harry Potter and the Prisoner of Azkaban when it came out in the fall of 1999, which is when Harry Potter really started picking up major steam (after we’d read the first one the year before, my mom ordered copies to give close friends and family for Christmas, but by December of 1999, it was so popular everyone already owned it. I have no idea what she did with the dozen or so hardback copies she purchased).

We went to our first ever midnight release for Harry Potter and the Goblet of Fire in the summer of 2000 at Borders (RIP) and it was fairly tiny, with probably less than 100 people there, no games or fanfare, just books available at midnight, and we made my mom read us the first chapter at 1 a.m. before we all collapsed into bed.

Anyway, I’ve read every Harry Potter book multiple times, I’ve seen all the movies (usually at a midnight showing on opening day), and I just thoroughly love all things Hogwarts and Harry Potter.

There was no question I’d read Harry Potter and the Cursed Child when it came out, and I put myself on the library hold list a few weeks early, snagging the #3 spot on Overdrive.

And so, the day after the book was released, my Kindle copy showed up and I read it that same day.

The first thing to know is that this is not a novel – it is a play script.

So that totally immersive experience I get with the Harry Potter novels, where you can practically taste the butterbeer and hear the crackling fire in the Gryffindor common room, is just not really there.

I went into the book not knowing a THING about the storyline, so if you want the same experience, skip the next three paragraphs (although I’ll avoid any spoilers).

The story opens 19 years after the last Harry Potter ended (with the Battle of Hogwarts, where Voldemort is defeated). Harry Potter’s second son, Albus Severus, is off to his first year at Hogwarts, and he’s darn nervous about it, especially since his older brother, James, keeps teasing him that he’ll end up in Slytherin. Harry tries to reassure his son, but their relationship is stilted, to say the least.

Albus DOES end up in Syltherin, and his Hogwarts experience is pretty dismal, and several years pass as he and Harry are increasingly distant.

And then Albus overhears a conversation between his father and an old old man, and makes the sudden rash decision to take righting some past wrongs into his own hands.

I didn’t notice it at the time, because I was just flying through the story, but afterward, the whole story seems . . . unlikely to me (I know, it’s all magic and made-up anyway, but you know what I mean). In the 7 Harry Potter novels, I never felt like Harry was just looking for adventure; they always found him. Whether his name got added to the Goblet of Fire without his knowledge or Sirius Black seems out to get him, the trouble Harry gets into is never because he just wants to be a hero.

This one, which all comes from Albus’ sudden decision to make a difference, seems much more random to me. And I’ll admit that Albus just wasn’t as likable a protagonist as Harry always was.

Also, Harry Potter has always been the backbone of the series, so it’s a major departure to have him as not quite the main character. You certainly see plenty of Harry, but. . . Albus is definitely the center of the story.

And Harry seems so much flatter to me than he ever was in the original books (my nearly 31-year-old self is cringing at the thought that parents/adults are just much duller than reckless 14 or 15 year olds, at least in fantasy).

It’s an interesting plot because it is a major mix between new characters and plot lines, and familiar characters and stories. I’ve read some reviews saying it feels like fan fiction, and I can absolutely see that. It does have that sort of new/old mashup feeling. I won’t pretend it’s not hugely fun to see familiar characters (Draco Malfoy! Hermione as Minister of Magic! Dumbledore in his picture frames! Ginny and Ron!).

In Harry Potter and the Cursed Child there were some amusing parts, but I didn’t find it as clever or funny as the original series – I think I only really cracked a major smile once.

Still, I’m absolutely glad I read it – it was totally delightful to be back in that world with those characters again, and no one has an imagination quite like J.K. Rowling. If you’re a fan of the original series, it’s just a fun quick dip back into that beloved storyline, brief though it might be.

Mostly I just really am dying to go back and read the whole series again. I’m not planning to read them with Ella until she’s about 8, so I have plenty of time to enjoy them by myself this year and still have a couple more years before we read them together.

And let me tell you, if the stage version of Harry Potter and the Cursed Child ever comes to anywhere remotely near to me, you better believe I’ll do anything short of selling my children to get myself a ticket.