I have known since March that I was having a daughter. For those of you who wish to avoid math, I’ll help you out by saying that that was seven months ago today.

And in those seven months, I have not bought her a single item of clothing. Not one.

We got a lot of clothing from several baby showers, lovely miscellaneous clothing items from kind friends, and then a family from church in Boston gave us seven boxes of their baby clothes ranging in size from newborn to a year. Much of that clothing was still brand-new and had the tags on it.

Frankly, there was no reason to buy anything – Ella is swimming in clothing. I had friends that expressed their amazement, telling me how they couldn’t contain themselves from buying clothing as soon as they found out they were having a girl. But we were in the midst of paying off our student loans at a breakneck rate and when clothes were coming in from every direction, I didn’t feel like I needed to BUY any more clothing.

And then, last weekend, I went in to Old Navy. And when I stopped by the clearance rack, there was a small sign stating that everything on the clearance rack was 50% off the lowest listed price. And I had a 10% off coupon burning a hole in my purse.

I. . . bought a lot of things. But they were all about $2 each, except for this first dress which crept all the way up to $5. And they all kept telling me they really really wanted to come home with me and be worn by Ella. 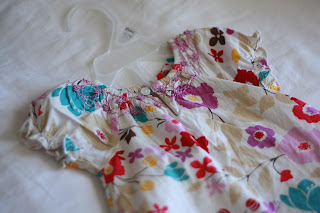 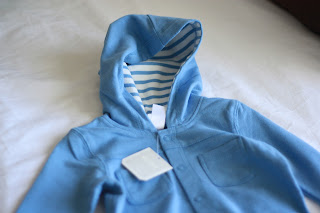 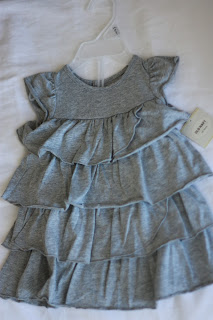 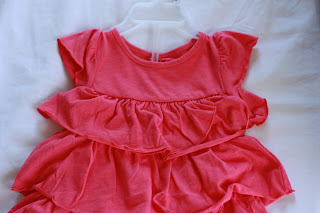 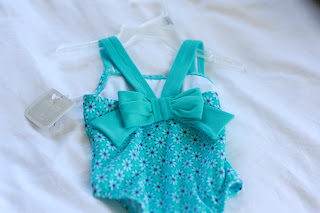 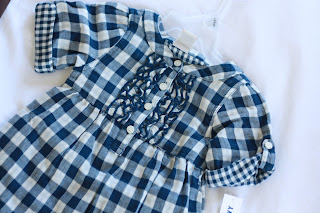 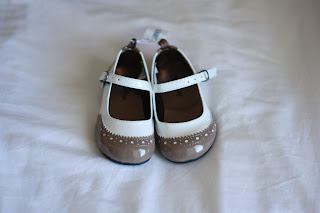 Poor little Ella, she’ll probably never own something that wasn’t bought on clearance.