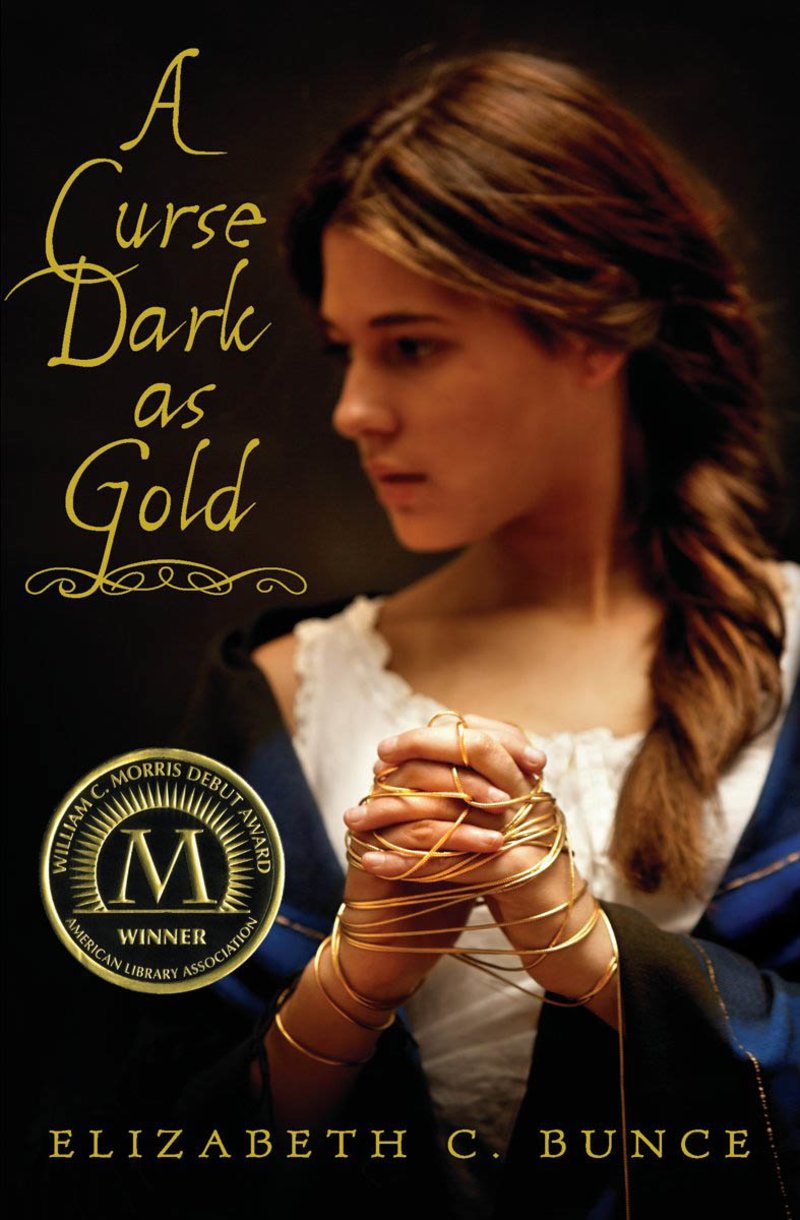 An excellent retelling of the Rumpelstiltskin story. Highly recommended.

I’m certain that at one time or another I’ve raved on about Beauty by Robin McKinley on this blog (yes, here it is). I have always enjoyed a good retelling of a classic story and A Curse Dark as Gold is one of those retellings – this one is about Rumpelstiltskin, a story which is rarely retold and is also deeply creepy in its original Brothers Grimm form.

a curse dark as gold by elizabeth c. bunce

Charlotte Miller’s family has owned a wool mill, called Stirwaters, for many generations. It’s been passed down through the family, but never from father to son, since no Miller has had a son who lived long enough to take it over. When Charlotte’s father dies (her mother has died several years earlier), Charlotte and her sister Rosie take over the mill, despite the pressures of outsiders to sell it and be done. The townspeople rally around her – their livelihoods depend on it too – and she is able to keep it running.

But things are not easy. Early on, she discovers that her father took out a loan of$2,000 for reasons that no one seems to know anything about. The sum amount is due immediately, but, thanks to a kind (and handsome!) banker, she is able to work out an arrangement to pay it off at a more reasonable rate. Soon afterwards, they get word that they will not be able to sell their wool at the summer market (this has clearly been masterminded by the man who wants to buy their mill). And through this all, there are whispers in the town of the Stirwaters curse. Charlotte is loathe to believe it, of course, but eventually the evidence is piled up too high to ignore as strange happenings occur and inexplicable bad luck encompasses the mill.

And then, when all seems like it must be lost and that perhaps the mill will have to be sold after all, a strange man named Jack Spinner appears and offers to spin straw into gold, all for the low cost of a single fake pearl ring. Bewildered, but desperate, Charlotte agrees and the mill is saved for the moment.

Bad times come again, of course, and you know how the Rumplestiltskin story unfolds. But, although it does follow the original story fairly closely, it also is so much more rich and well-developed. The writing is lovely and the setting and characters are multi-layered and believable.

I know some people have thought it dragged a bit, and I can see the validity in those complaints, but I loved every moment of A Curse Dark as Gold and was glad it didn’t rush toward the ending.

A Curse Dark as Gold is on the shortlist for the William C. Morris award which is a new award (the first on will be given out in January at the ALA Midwinter Conference) awarded to a first-time author of a young adult book. Having read 1.5 of the 5 books up for the award, I’m saying this my favorite.

If you liked this review of a curse dark as gold, you might also like these books: