More than a year ago, when my friend Ralphie from Simply on Purpose talked about their Family Economy, we started doing one of our own.

Within a few weeks, it completely petered out for us. It was frustrating to all of us and I simply couldn’t make it work. 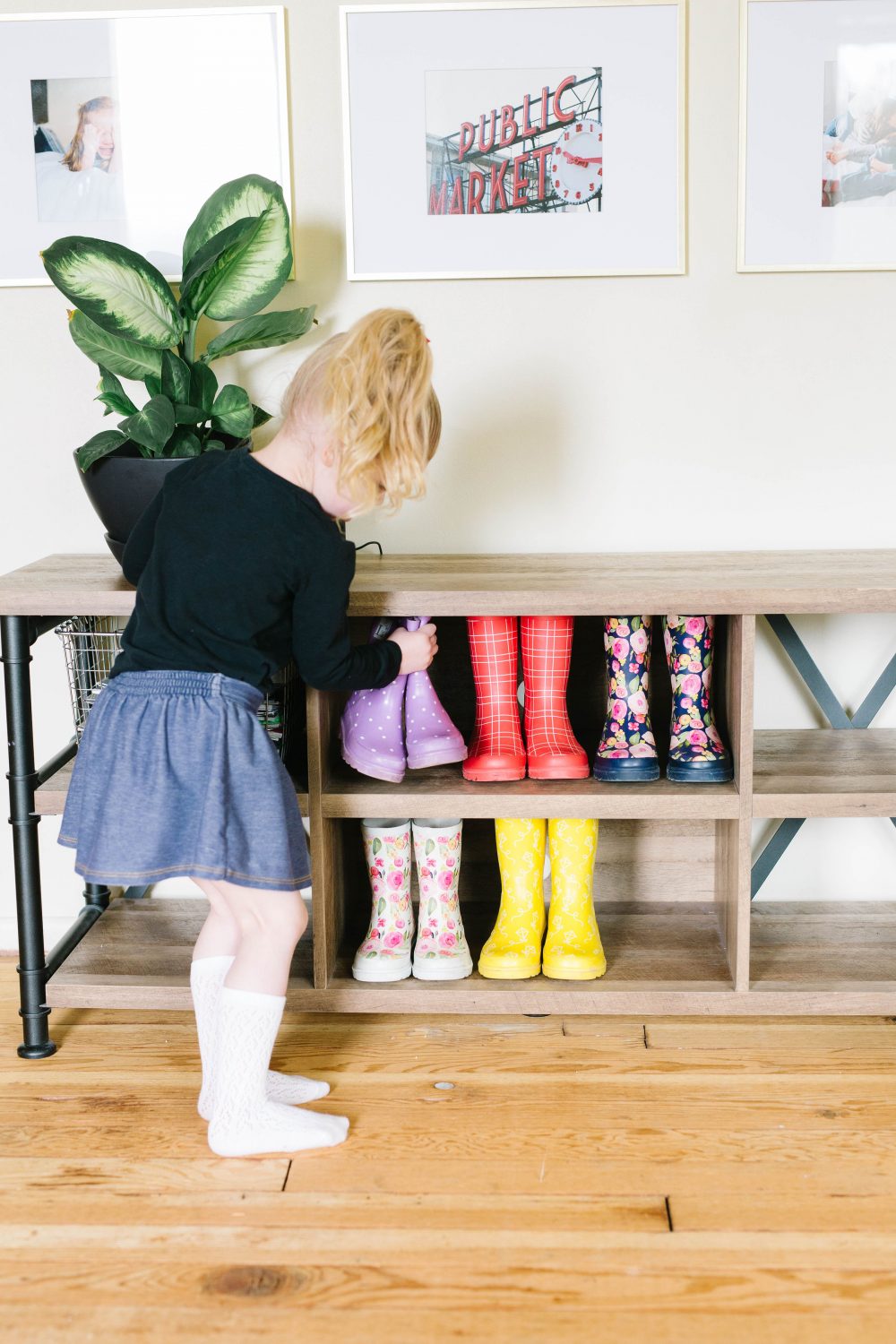 In January, when we were settled in to our new house, we decided to give it a go again and this time our Family Economy has been much more successful.

I also read the book The Entitlement Trap: How to Rescue Your Child with a New Family System of Choosing, Earning, and Ownership where the original idea of the family economy came from, because I wanted to understand the foundational principles of it before we tried it again, and that was VERY helpful. I read big chunks of it aloud to Bart and that helped us both be on the same page.

We spent our first Sunday night Family Home Evening of the year laying it out for everyone, including letting them help choose the chores, and we jumped in the next morning.

So here’s WAY more than you want to know about how we’ve laid out our Family Economy and chores for kids in our house.

Our Family Economy and Chores for Kids:

How we organize our chores: 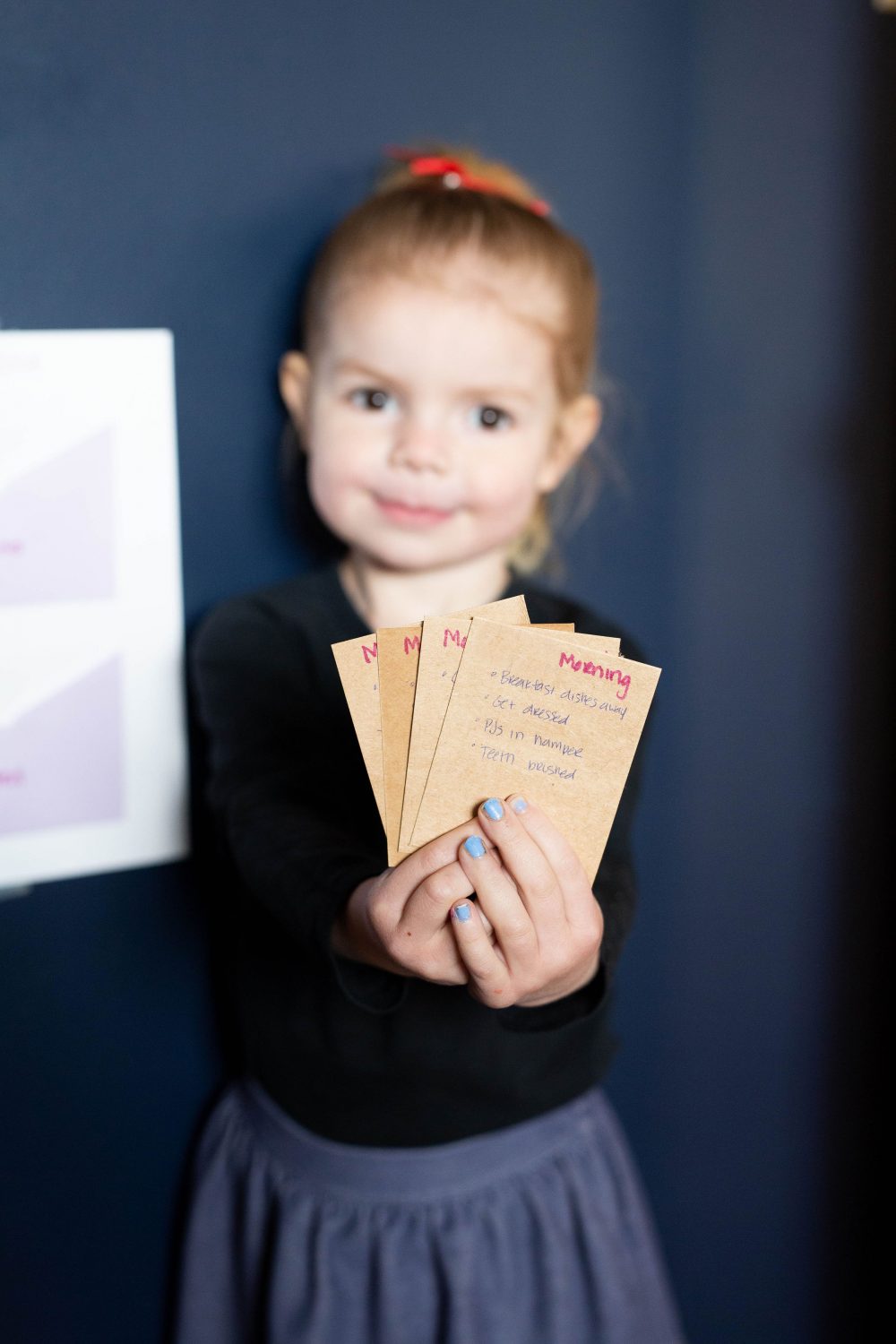 We use these homemade chore charts for kids:

It’s easier to just show a photo than describe these chore charts, but basically each girl has one card for each chore block and as they do them they move them from the “to-do” envelope to the “finished” envelope. 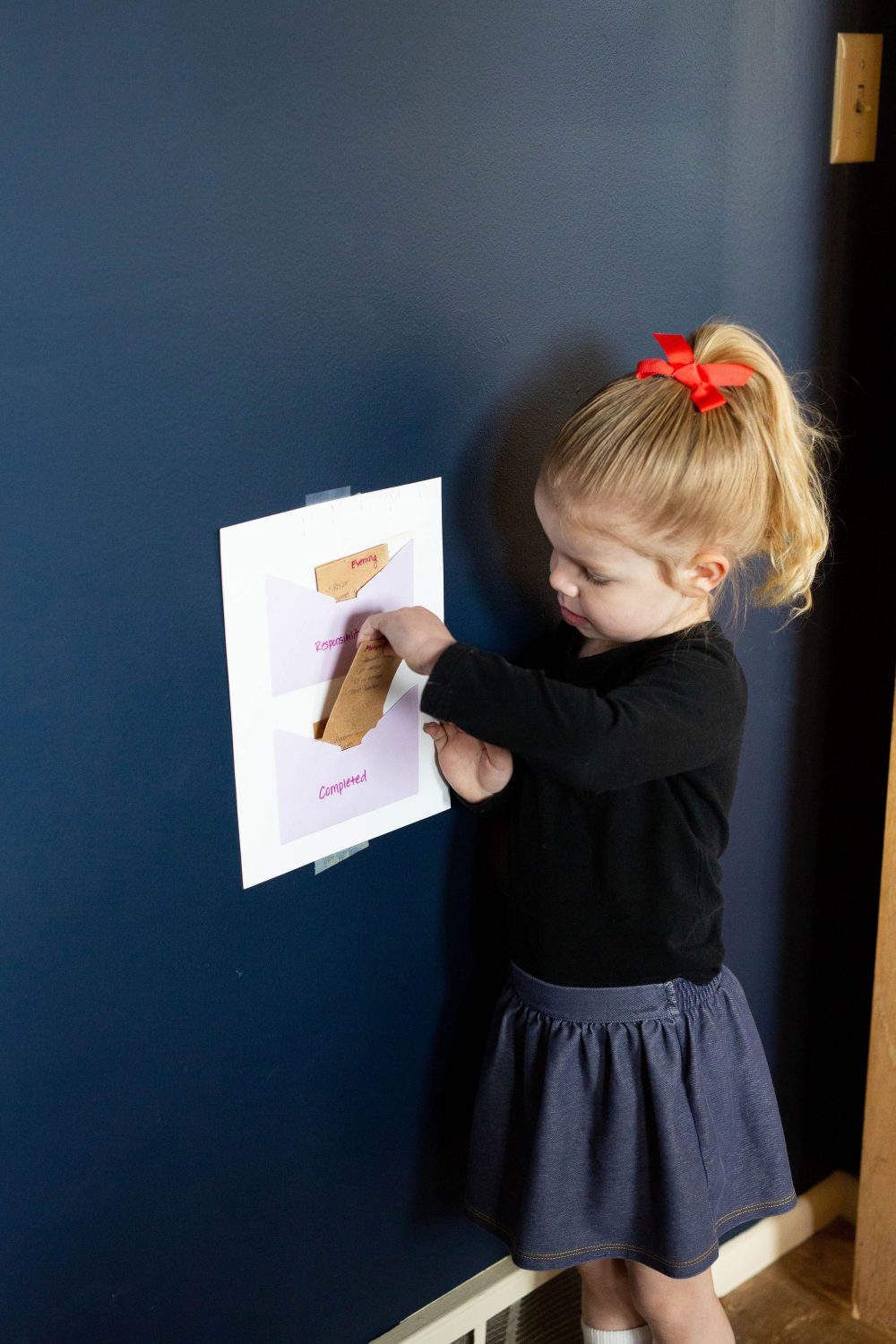 Each night, before bed, they put a slip of paper with their name and the number of chore blocks they completed that day into a little jar with a slit in the top. 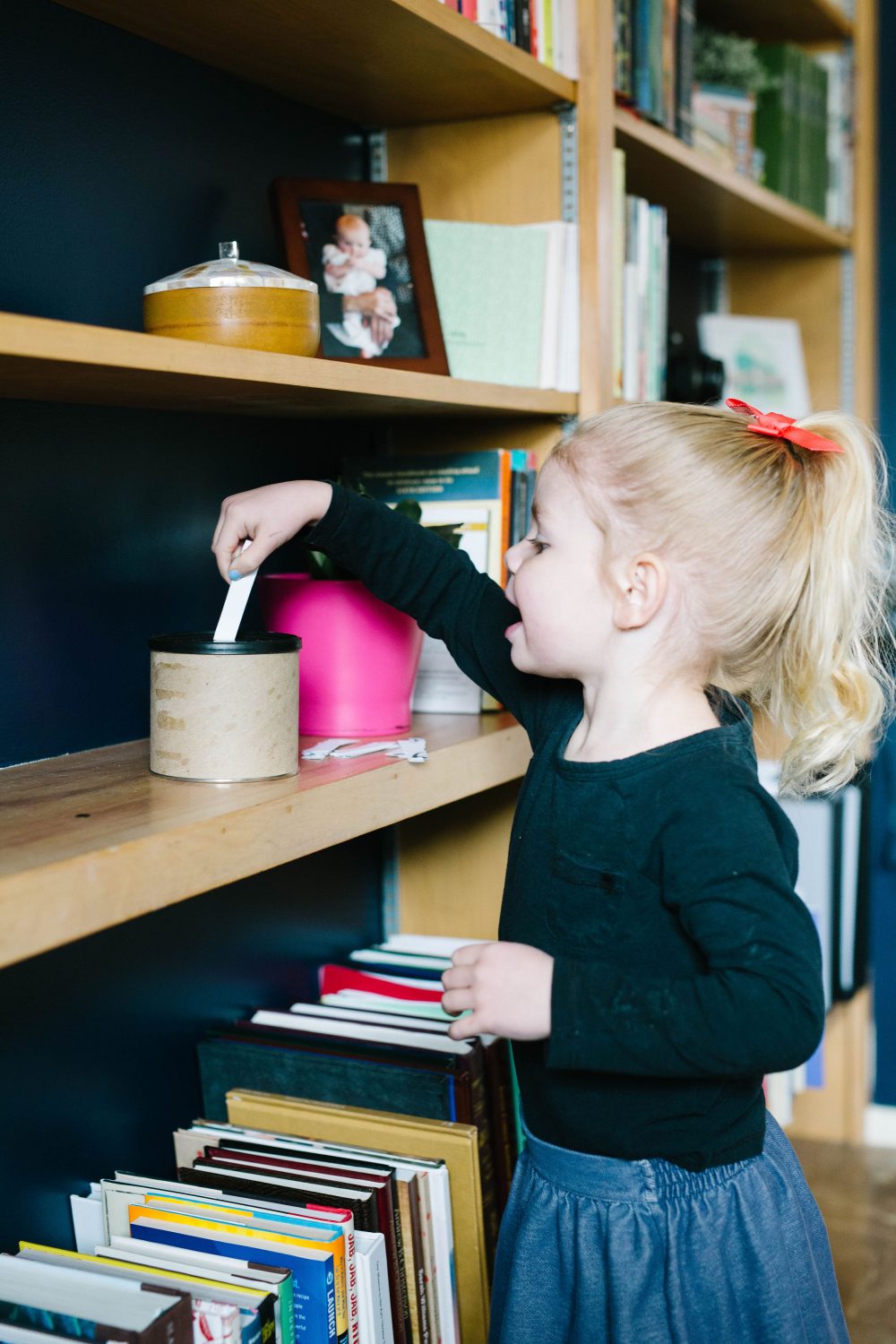 How we pay for chores for kids: 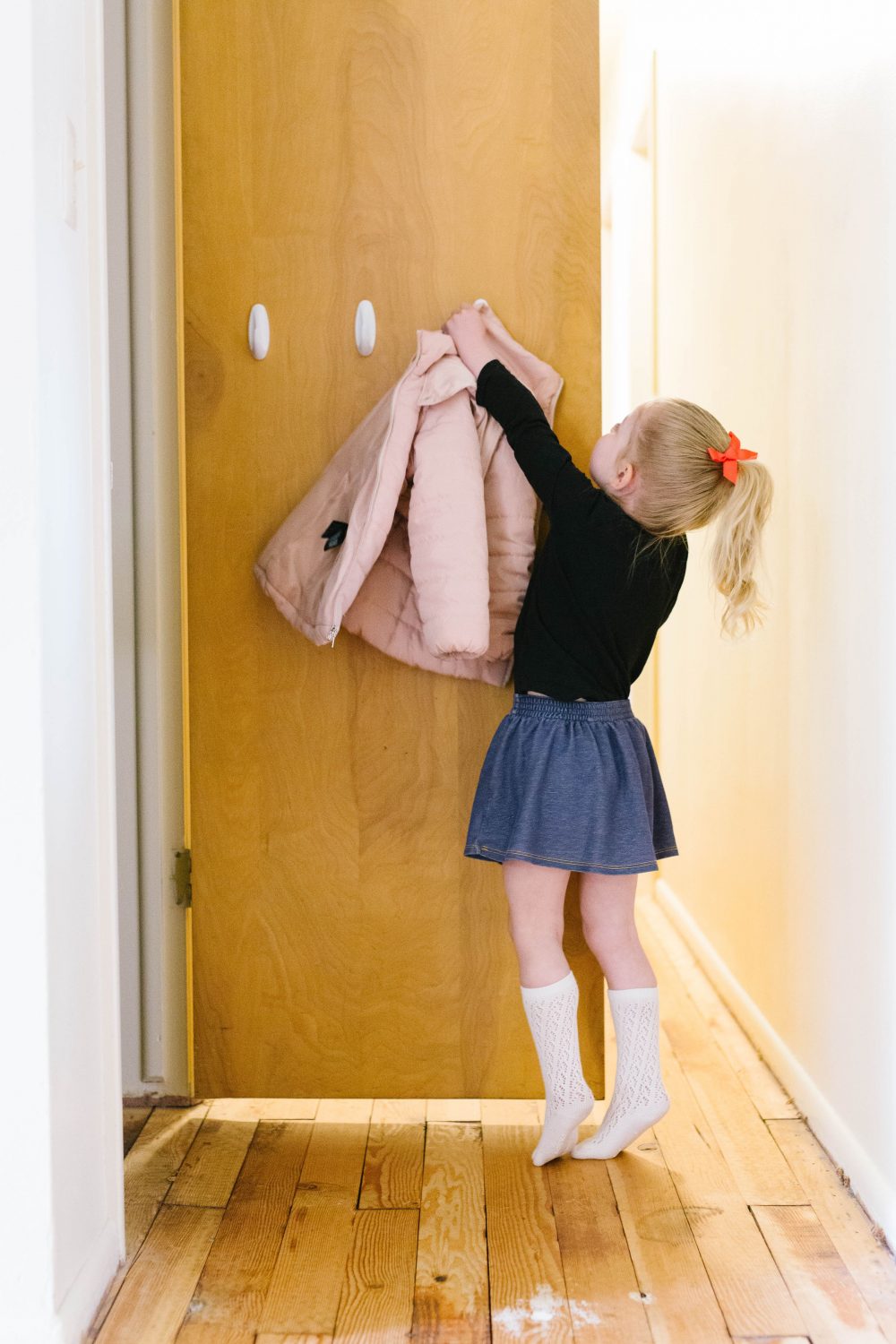 What our girls pay for:

When we tried to implement a Family Economy before, there were several things that were a hang up for me that kept it from really working for us.

Any questions about how we handle chores for kids and our Family Economy? I’m happy to answer! 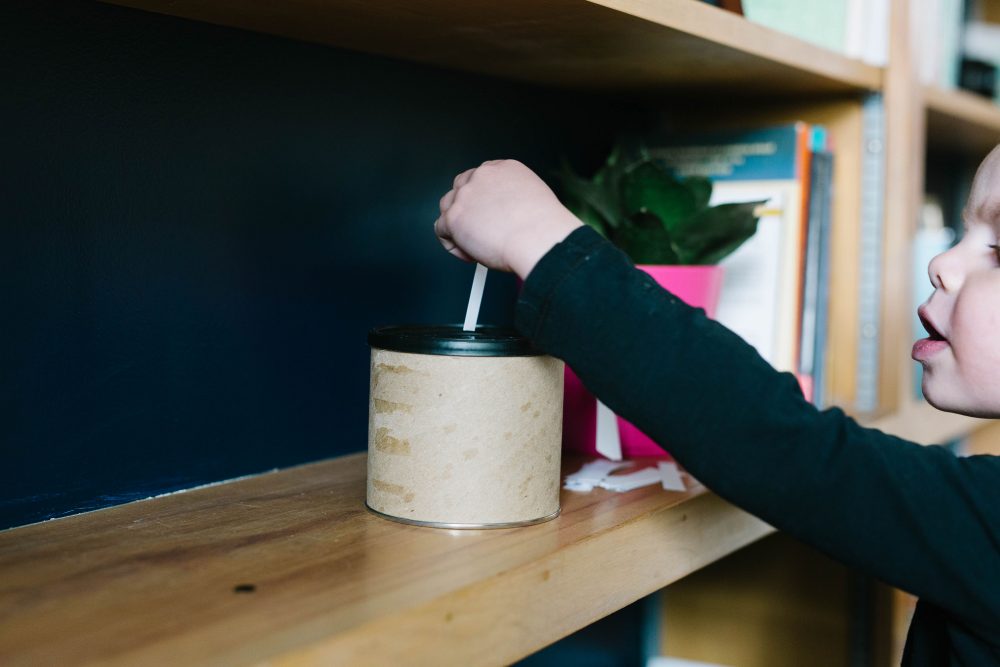