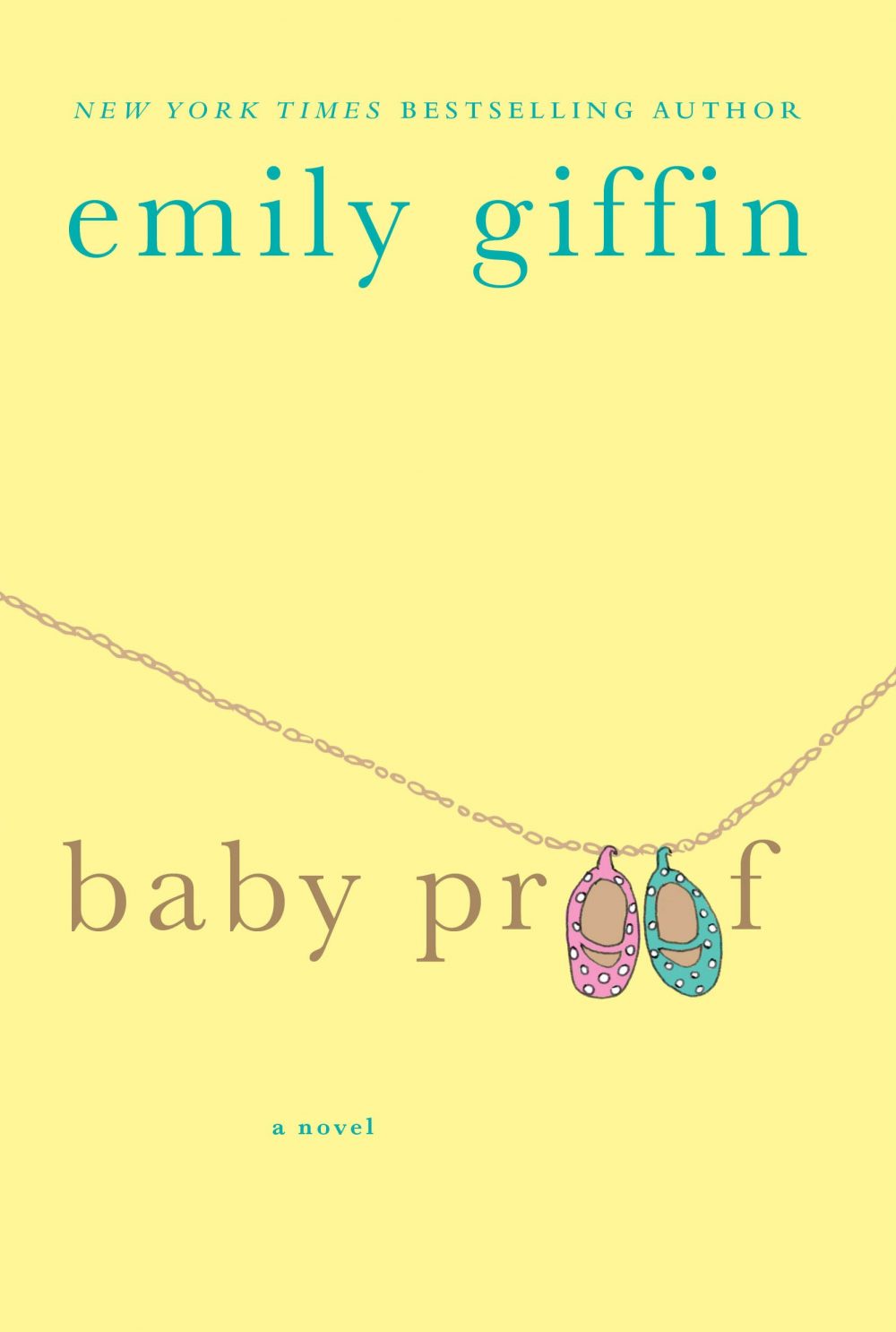 Baby Proof is the third book I’ve read by Emily Giffin (the first two were Something Borrowed and Something Blue), and I liked this one the least of the three novels. Of course, I read the first books on vacation, so that may have something to do with it . . .

Baby Proof is about a woman named Claudia who has never wanted children, even as a doll playing child. She dreams of being the fun aunt, loving her nieces and nephews and then going home to her own quiet home in peace. Apparently, this has been quite the stumbling block for many a suitor, starting with her sixteen-year-old high school boyfriend.

Eventually, though, she meets Ben; they’ve met for a blind date at an upscale sushi place and Claudia, upon seeing a seven or eight year old boy ordering sushi like a pro with his parents, tells Ben that, if you MUST have a child, this is the kind to have. Far better than eating at a TGI Fridays in the suburbs, she tells him. He questions her further and when she explains her “no children” policy, responds that he has always been amused by the debate about whether to have children early in your life to enjoy freedom later in life, or to postpone children to have a carefree existence earlier in life. Doesn’t that make it clear, he argues, that the best of both worlds would be to have no children at all? Cue the falling in love music – that right there seals the deal for them both. They date for a while and eventually get married, reveling in their plans for a life with no children and backing each other up when others question or occasionally even berate them.

Ben, after a few years of marriage, begins to think that perhaps he’d like to have a child. He brings it up eventually and Claudia squashes the idea quickly. But it continues to come up: while watching a sports game, he comments that he would like to teach a son how to play sports and keep score (or a daughter too, he hastily adds). Claudia is unresponsive and feels sure that this fad, like the expensive antique guitar and lessons of a few years ago, will pass and they will return to their programmed life. But it doesn’t and things begin to fall apart for them.

The story of Baby Proof was a bit too drawn out for me – I felt like it spent simply too much time wandering around, working on side plots and wasting my time, without really furthering the plot. Looking back, I realize that this happened in the previous two books as well, but this one seemed more obvious, more irritating. I felt like the real story was in the book ends – I enjoyed the setup and I liked the ending (although it was perhaps less conclusive than I would have preferred), but everything in between seemed a bit meaningless, as if it was only trying to fill a word count.

There were also too many characters that I just couldn’t bring myself to really feel anything for, either negatively or positively. I simply did not care. Their plot lines seemed flat, forced, and unrealistic.

Baby Proof by Emily Giffin is a fine airplane or beach book, but not something I would reread or recommend to friends. It’s just too empty, too pointless. The funny bits, the parts that made me think twice, simply could not hold up the heavy bulk of the book.