I’m a little overwhelmed at the thought of talking about BEA. To give you an idea why, let me show you the exhibit hall map. Each of those little squares is a publisher’s booth, each filled with multiple employees of the publishers, with boxes and boxes of books: 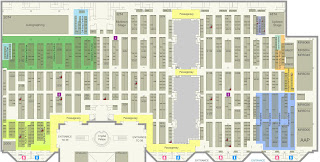 So yes, the whole thing is kind of insane. And I’m guessing you’re still coming out of the Memorial Day haze, so I won’t bog you down with a trazillion details.

Instead, a few highlights: 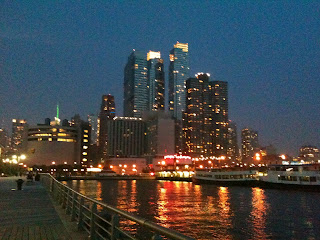 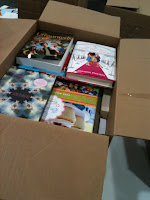 Anyway, it was a lovely trip. Many thanks to Lenore for the funding, Erica and Spencer for their couch, Ralphie for watching my baby, and my parents for the plane ticket. And Bart for being so insistent that we could make my going work.

And Ella for remembering me when I got back (the bag of raisins I fed her may have had something to do with the angelic smiles I got all the way home from the airport). 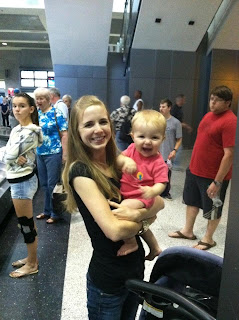 Previous Post: « A Magical Intersection: Guest Post by Uma Krishnaswami
Next Post: A River of Words: The Story of William Carlos Williams by Jen Bryant and Melissa Sweet »