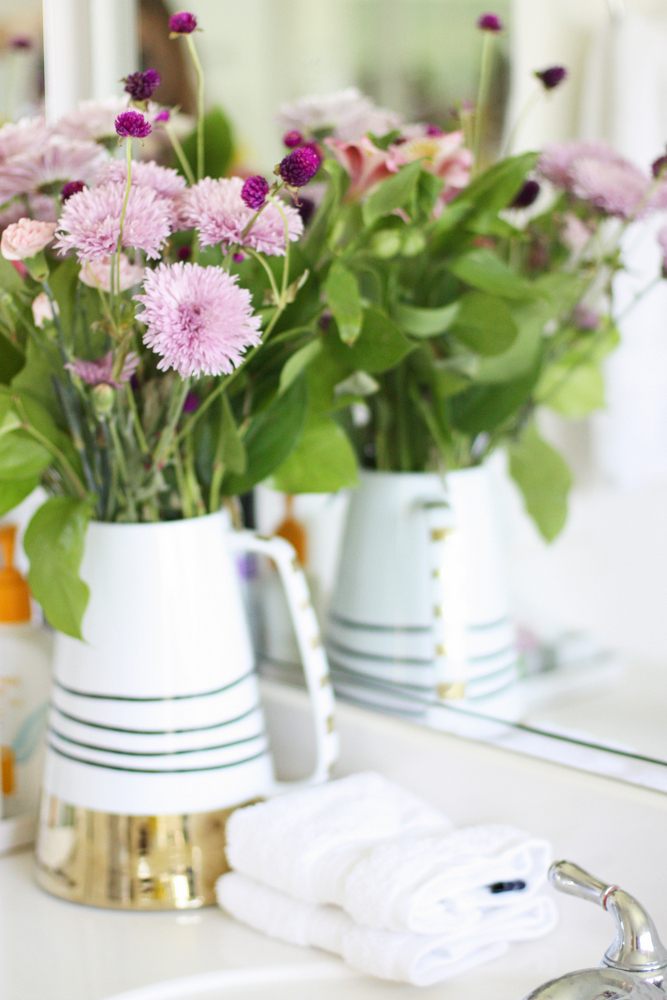 Last year, I had something of an epiphany: if there were little things about my life that was consistently annoying me, I could probably fix it.

For the record, I am terrible at this kind of thing. I hate spending money on little things, and I tend to have a high tolerance for inconvenience, so I can go a long time without dealing with little issues.

For example, Bart’s car came with two clickers (you know, the little fobs that let you remotely lock or unlock your door, plus, best of all, a red button that draws your toddler’s attention like a homing beacon so that you’re quietly preparing dinner and then suddenly your car alarm starts blaring out of nowhere).

But that was four years ago, and both of the clickers had died sometime last year.

Since Bart mainly drives that car, it wasn’t a huge deal, but anytime I have to drive that car with the girls, it is an enormous pain (you know, assuming your life is extremely easy and first-worldly) because I have to get all the girls out, then go back around to the driver’s door and lock the whole car.

Anyway, I end up driving his car every month or two for one reason or another, and I always loathe it because of that clicker situation.

Last week, I had to drive his car the entire week because my car’s rear window locked/broke rolled down, and with the August weather in Phoenix, it was absolutely impossible to keep the car even remotely cool when you can’t close the windows and it seemed quite unkind to make Star drive inside a blow dryer for a week. Not to mention the fact that your odds of getting robbed or your car stolen are ten thousand times better when your window is hanging completely open.

Bart said, “Let’s look at clickers and see how much they cost to replace.”

We hopped on Amazon, and do you know how much it cost to buy two replacement fobs? EIGHT DOLLARS.

And do you know how long it took Bart to program them when they arrived? TWO MINUTES.

I’m so glad that I saved that two minutes and eight dollars for the past year and made my life way more inconvenient than it needed to be.

Anyway, all of that is to say that I’m trying to be better about identifying things that are an annoyance to me and solving them quickly and inexpensively if I can.

These three products have done just that for me.

three products that are making my life better

1. Sunless Tanner. I am naturally very fair-skinned, and not only do I not like to sit out in the sun, I also live in fear of skin cancer. Plus, wear jeans basically every day and then when Sunday rolls around and I wear a skirt or dress, my legs are just so white because they NEVER see the sun. This has really annoyed me for several years, but I did exactly nothing about it until just before I went to Mom 2.0 in California this spring, I posted a picture on Instagram in a dress and someone said, “You need some self-tanner, pronto.” Happily, Merrick saw that comment and when I stayed at her house two days later, there was a bottle of her favorite brand on the guest bed waiting for me. I’ve used it all summer and I love it. It’s quick to put on (I can do my whole body in about 5 minutes), non-streaky, and I do it two or three times a week. I’m not trying to look super tan, I just don’t want my glowing white legs to be the focal point anytime I wear a skirt. I ran out of the bottle Merrick gave me a few weeks ago, and just ordered a replacement bottle – I looked around and it’s half the price on Amazon that it is from Ulta.


2. A better blowdryer. When we went to visit Merrick in December, I used her blow dryer and my brain basically exploded over how much faster and better her blow dryer was than mine (considering I bought mine at Wal-mart for $10 five years ago, this shouldn’t have come as a shock, but it did). So when my blow dryer died in the spring, I decided to not buy the cheapest one at Wal-mart. I asked the girl who cuts my hair for a recommendation and she suggested this one, but considering I only blow-dry my hair about once every eight days, I wasn’t ready to fork out $140 for one. I ended up going with the Hot Tools Turbo dryer which was “only” $50 and had killer reviews. And I’ve loved it. It’s so much faster, doesn’t smell like it’s going to explode when I use it, and my hair doesn’t look all frizzy afterward. I love that thing. Also, it makes me happy that it’s purple.


3. A curling wand. Last year, I wrote about making the change to a better shampoo, and a few months later, one of my friends texted and said, “What do you think about that shampoo?” I like it, but I really think the biggest difference for my hair has been switching from a curling iron to a curling wand. Bart bought me one for my birthday last year and I’ve had more good hair days this year than my entire life combined (excepting that glorious stretch where I had this amazing random curling iron in London (which I left there, since it’s not U.S. compatible) combined with the best pregnancy hair of my life). I don’t have an expensive one (it’s only $25), but it works perfectly and I use it on the highest setting, which was 410 degrees.

(Also, I recognize that this all makes me sound like the shallowest person on the face of the planet. So it goes).

And if you have any products you super-duper love, I’d love to hear what they are.