It really was breathtakingly beautiful on Saturday.

We’d been planning to go to the aquarium, but when we saw the weather forecast, the idea of wasting such a day inside was too horrible to entertain.

A quick scrounge on the library website informed us that there was a pass for the DeCordova Scuplture Park available for that day. We’d meant to go in the late summer, but ended up not going and then it got too cold. But now the idea of being outside was more than a little appealing.

The pass admitted four people for free and since Bart is a trained accountant, he calculated that this meant we could invite two other people with us. Happily, the couple (and their under-5 and thus free child) we called were instantly amenable.

Bart and I packed a lunch, picked up the library pass, and we were all on our way. 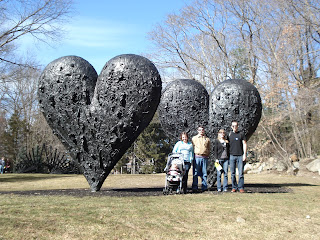 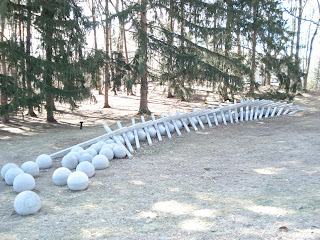 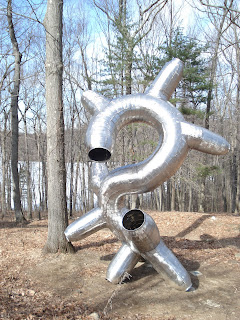 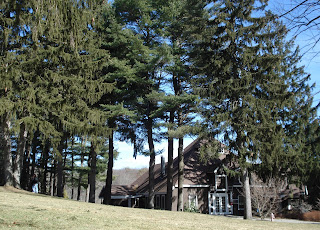 Grass! Not covered in snow! (who cares if it is dead as a doornail?) 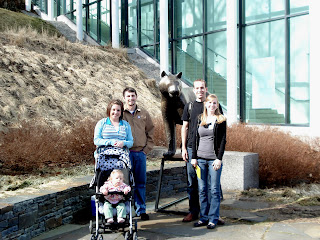 And it was a lovely day. The end.

After which, full of sunshine and peanut butter sandwiches, we drove to Rhode Island, found out we were having a girl, and then came home.

And then, as if this hadn’t been a terrific Saturday already, we had Bethany and Casey and Noah over for dinner. I’ve read Bethany’s blog for a while (we have a number of friends in common), so now that they’ve moved to Boston, I am intent on forcing our friendship on them.

They brought chocolate cake with them – you’d think they would know better than to encourage us.