The Fourth of July is just around the corner and on the actual day, reading patriotic books with my kids is probably not on my agenda.

But the weeks leading up to the holiday are the perfect time for checking out some 4th of July books for kids and helping them understand the significance of Independence Day.

I love a good BBQ or setting off fireworks as much as the next person on the Fourth of July with my kids, but I want to make sure they also understand what we’re celebrating with all those hamburgers and sparklers, and these Fourth of July books for kids are a great lead-in to those conversations.

Alternatively, these are great patriotic books for other days of remembrance like Memorial Day or 9/11 or Veteran’s Day or President’s Day. 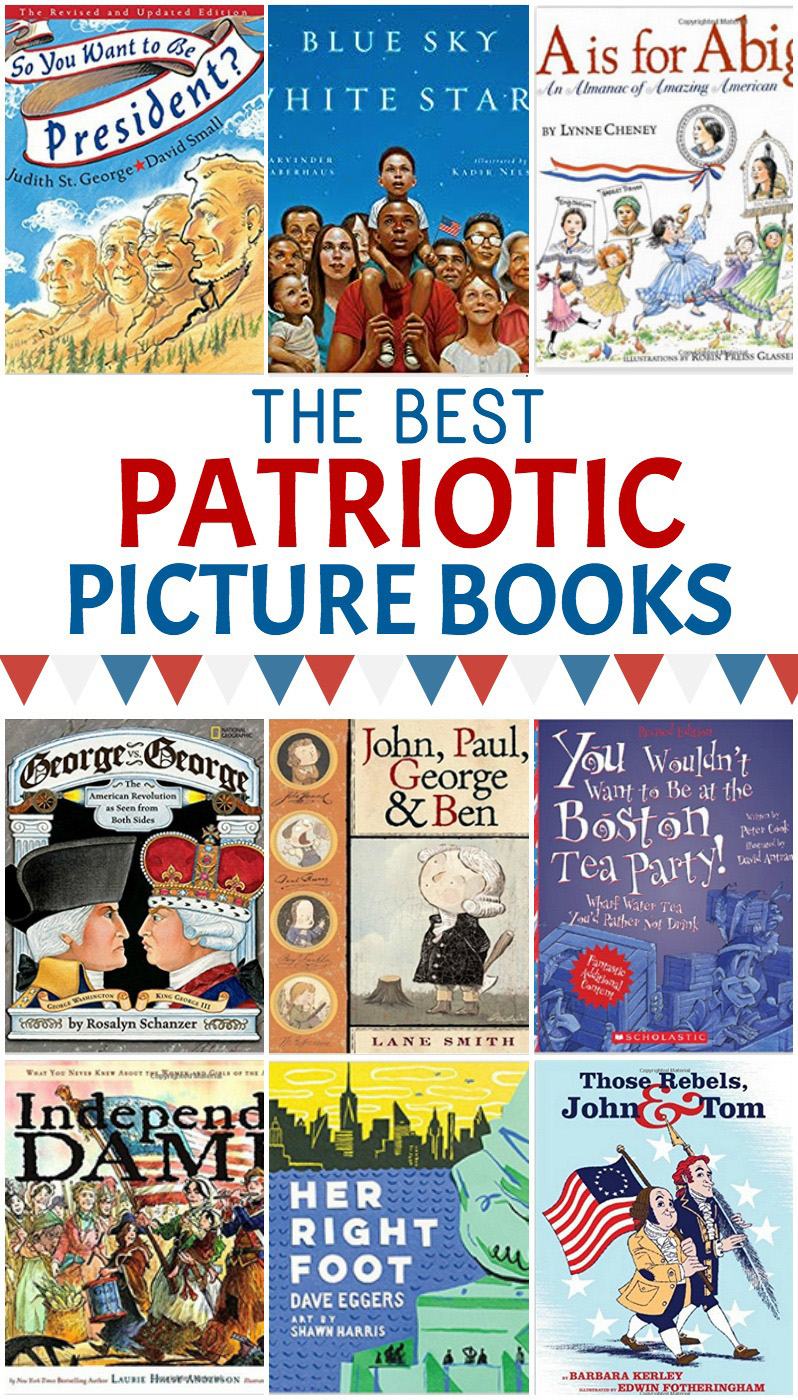 Any other favorite patriotic books? Please share in the comments – I always appreciate more good suggestions for 4th of July books for kids!
144shares

Previous Post: « Our Favorite TV Shows We’ve Watched Together
Next Post: 10 ways to use up whipping cream »