I know lots of people who mostly like blogs for the pictures. I am not one of those people. Give me a lot of well-written words any day of the week. Also, for me it is easy to sit down and pound out some (not particularly well-written) words, while pictures take soooooo long to upload, choose, organize in the post, etc. Okay, so maybe my real problem is laziness.

Either way, this post is the answer to you picture-loving people’s prayers. Bart was in charge of the camera on our New York Thanksgiving Weekend Bonanza which means that there were approximately ten times as many pictures taken as there would have been had I been manning the camera. 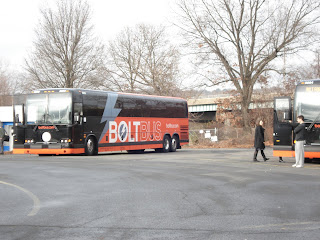 We took the Bolt Bus down to New York. It departs right from South Station and costs about $15 a person. Pretty awesome. Many many thanks to Emily Kate for the info about this. 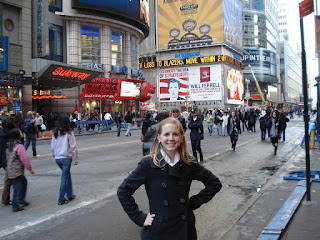 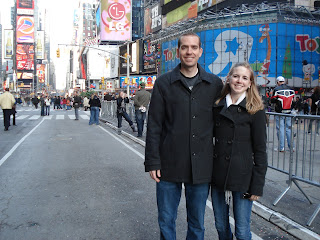 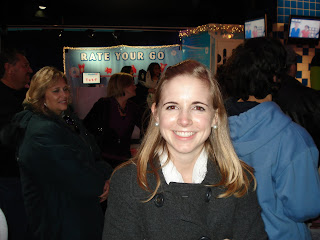 We totally went to the Charmin’ store. Don’t judge us – I REALLY had to go to the bathroom. 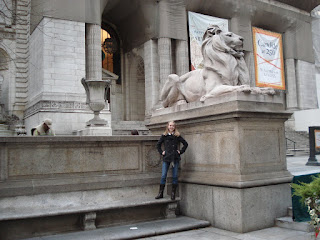 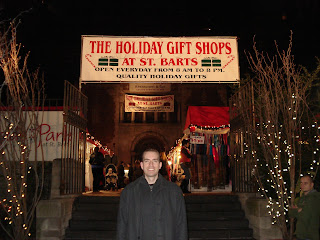 Yes, we do indeed take a picture any time the word “Bart” shows up. 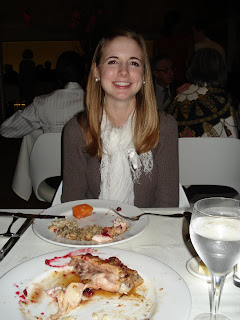 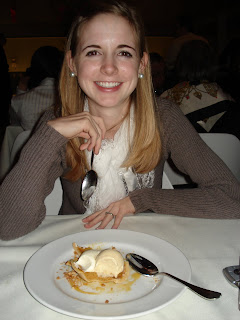 The pumpkin pie. Oh. My. Word. The cashew ice cream, the creme fraiche, the pie itself. There are no words. 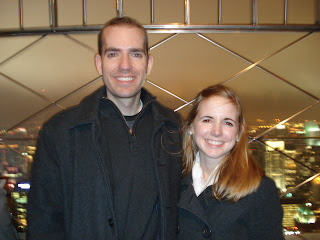 Top of the Empire State Building 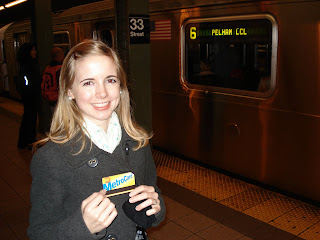 This is me smiling really fast so that Bart will put away the camera and we will stop looking so much like tourists (looking like tourists is one the things I hate most). 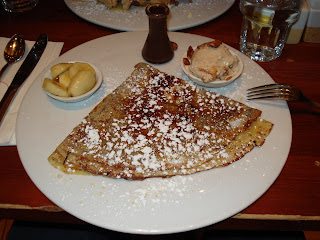 The thing I was looking forward to most was Max Brenner for breakfast. It did not disappoint. This is Bart’s chocolate peanut butter crepe with toffee bananas and spicy peanut ice cream. With a little jar of chocolate sauce. 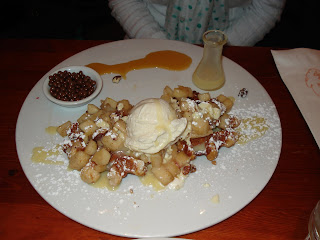 And my apple pie cinnamon waffle. Wow. I could eat this every day for breakfast. 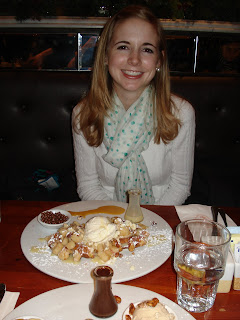 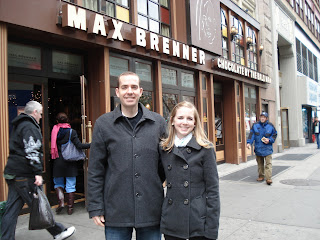 Do we look a little fatter than we did going in? 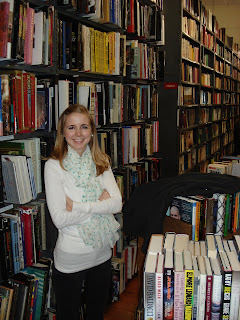 The Strand bookstore. Some 18 miles of book shelves. They even sell ARCs for $2. I loved this place. 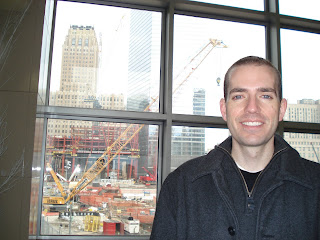 Looking out over Ground Zero. Bart tries to look both pleasant and not overly excited. Success? 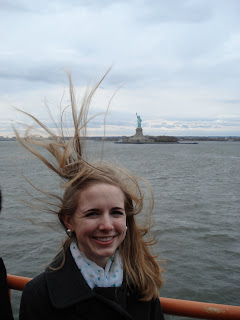 All awesome pictures of me are taken on ferries. Remember this one? 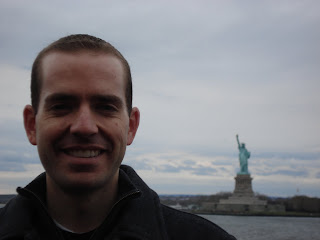 It is not fair that Bart’s hair never gets messed up. 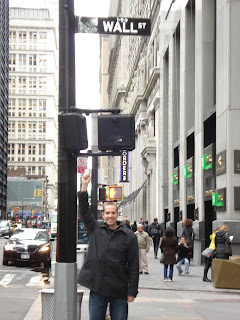 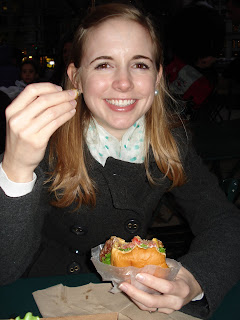 Shake Shack. It’s no In-n-Out but it’s quite delicious. Especially when you haven’t eaten in six hours. 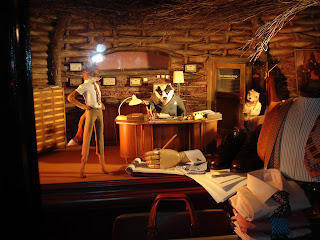 The most fantastic store windows ever. 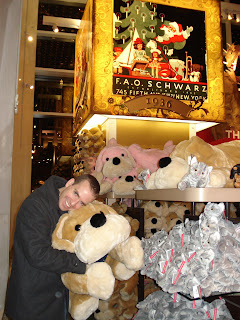 F.A.O. Schwartz. And the only kind of pet we will ever own. 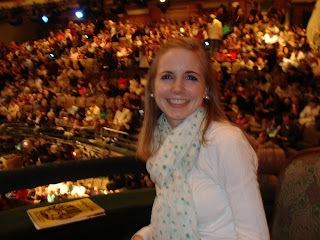 At Mary Poppins. We bought the cheapest tickets imaginable, which meant we were in box seats on the veeeery side. I kept my eyes peeled the whole first act and then we moved to empty seats in dead center on the balcony. It was brilliant. I love this show. 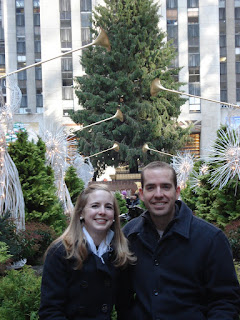 In front of Rockefeller Center and their famous tree. 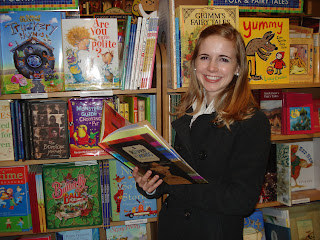 Books of Wonder. Holy cow, this was the greatest bookstore ever. I could have stayed all day.
And then there was a sadly fruitless trip to Brooklyn for Grimaldis (line was so ridiculously long and we had a bus to catch) and there was much more fruitless searching for food and in the end we were just glad to get on our bus and go home.
The weather was pretty terrific – never dropping below about 45 and staying in the low 50s for much of the trip. No rain, no snow.
We’re already planning a return trip.
0shares