This post is sponsored by Pampers, a brand I’ve used and loved every single day for years

Before we had children, Bart joked that he was willing to change one diaper per child. 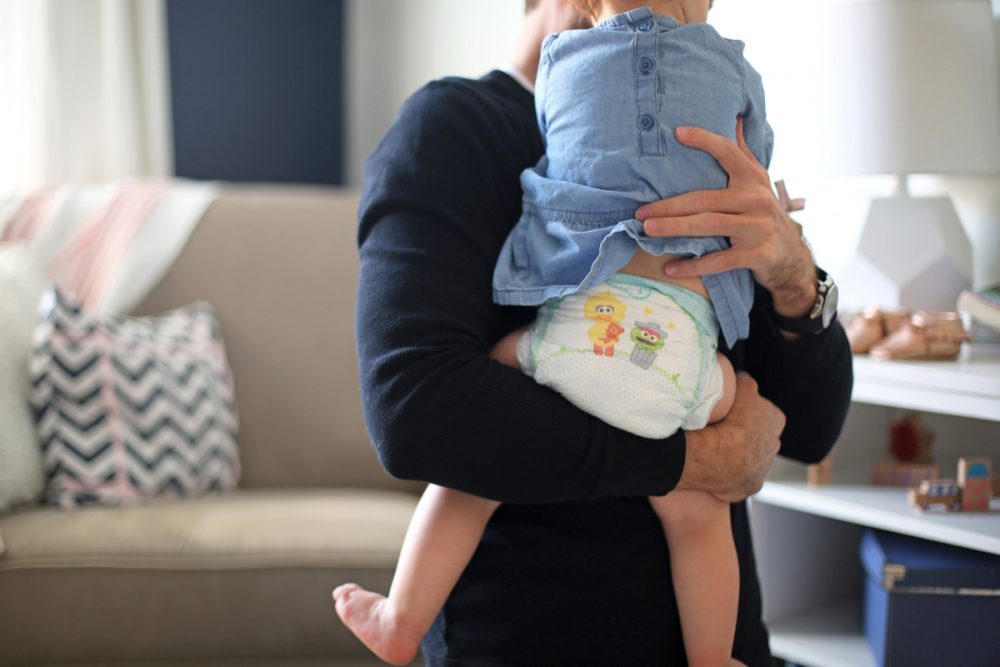 Actually, Bart has always been the one of us more likely to notice when one of the girls needs a diaper change, which I appreciate because that’s not necessarily one of my parenting strengths.

Tally might be our most wiggly baby and as she gets older, she’s becoming increasingly difficult during diaper changes, because she wants to get away and she’s so strong-willed that it’s very challenging to get her to cooperate even for a 30 second diaper change.

Which means, of course, that whenever possible, I hand off diaper duty to Bart so he can corral our tiny escapee. 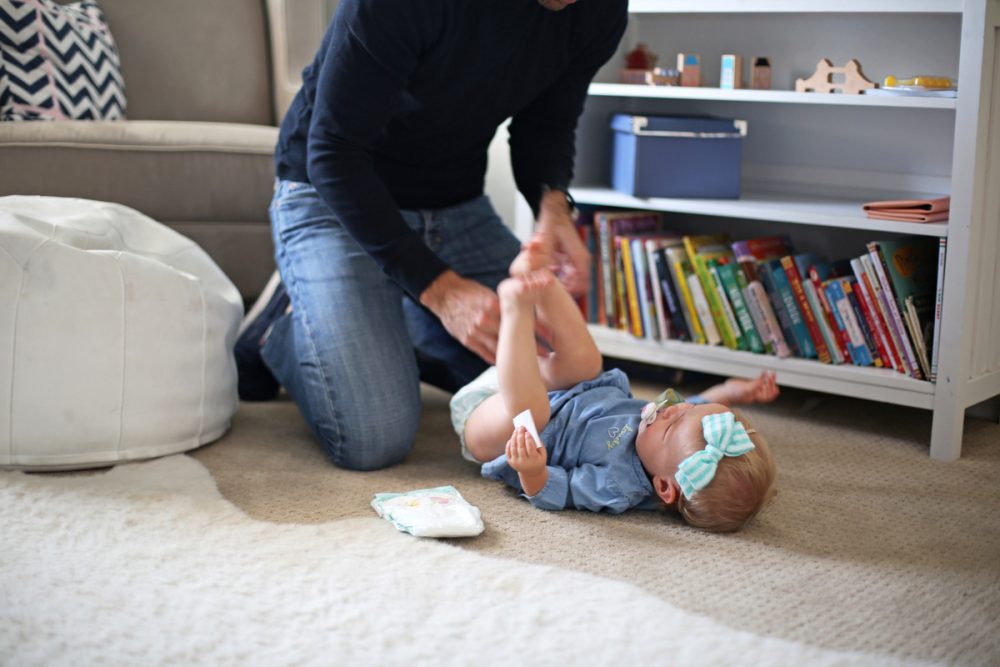 We’ve only used Pampers diapers with her (because they are the best of the best when it comes to diapers) and the Pampers Baby Dry diapers are some of our favorites.

The Baby Dry diapers have the Extra Absorb Channels – which is a game-changer when it comes to avoiding saggy little bottoms – and they have up to 12 hours of overnight protection.

Although Tally behaves better for Bart during a diaper change than she does for me (if I’m changing her, she thinks it’s HILARIOUS to try to crawl away without a new diaper on, usually with her unzipped footy pajamas trailing behind her), she’s still ridiculously wiggly, and Bart quickly discovered two things that she loves and that will keep her occupied. 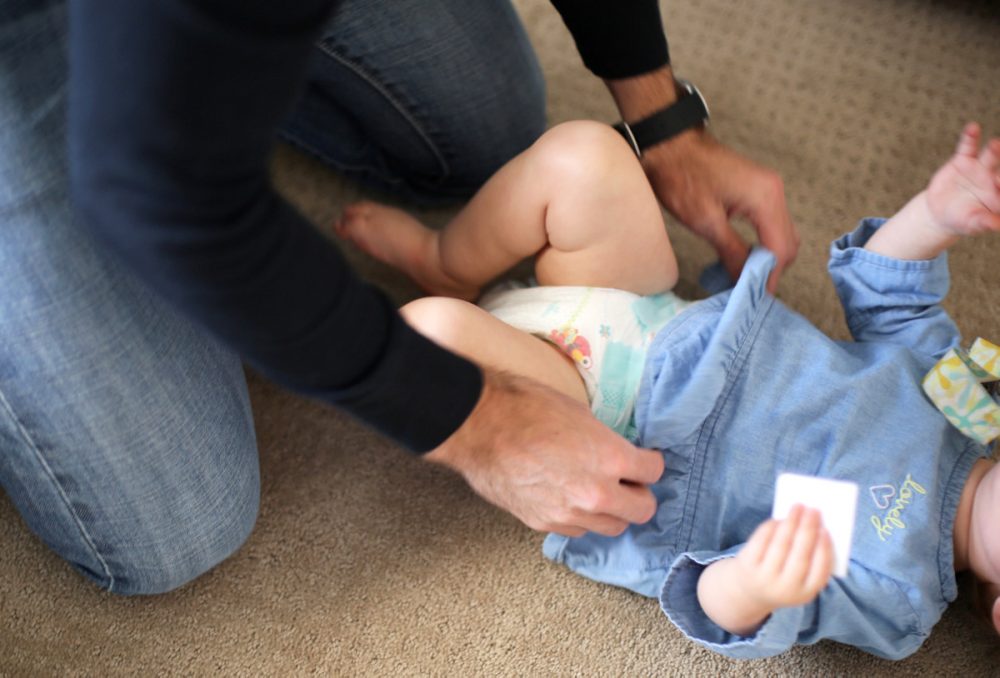 One is a book (she’s so clearly my daughter).

We have a whole shelf of board books in her room, and although she’s picky about which ones she’ll look at, if you choose the right one, she’ll hold on to it while her diaper gets changed. 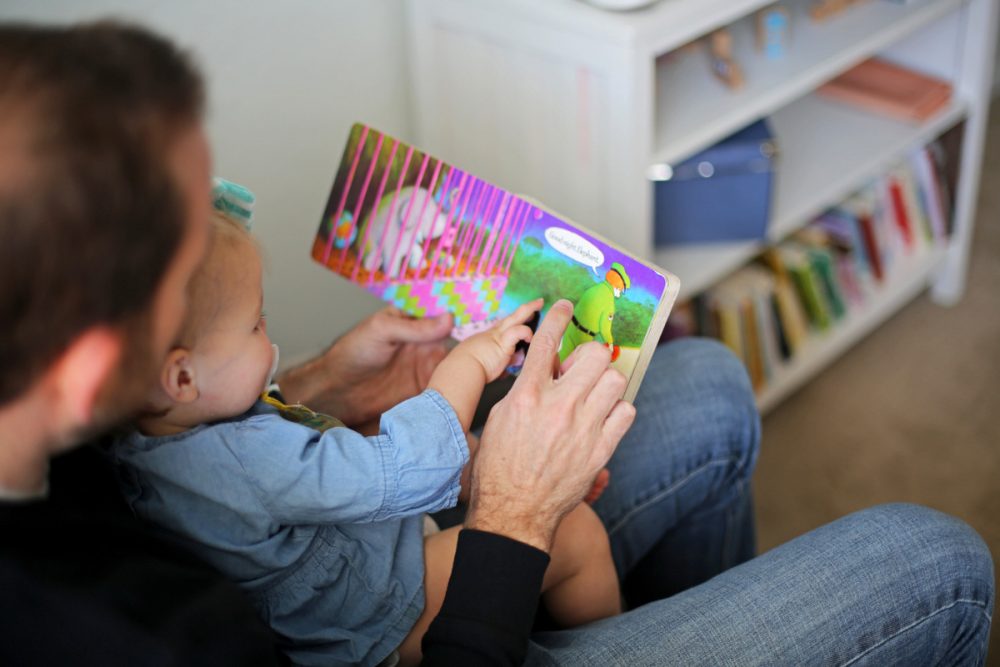 Of course, the minute that diaper is changed, she insists that you read her the book, and it’s one of my favorite things to walk by her room and hear Bart reading to her, especially because he’s prone to doing great voices as he reads aloud.

The other secret weapon is shoes (also clearly my daughter). 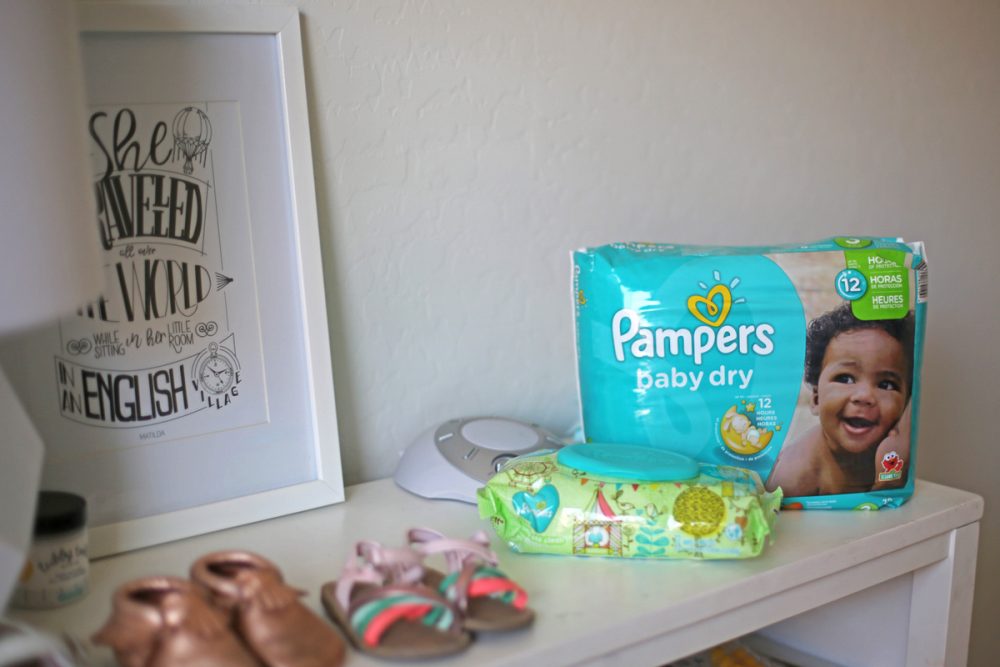 She is obsessed with her shoes and since they sit on the top of her bookshelf along with her diapers and wipes, she often frantically grabs for them while he’s getting changing supplies and then holds them tightly until her diaper is changed and Bart will put them on for her.

There’s something so sweet about watching him carefully put on her tiny little shoes and she’s so delighted once they’re on. 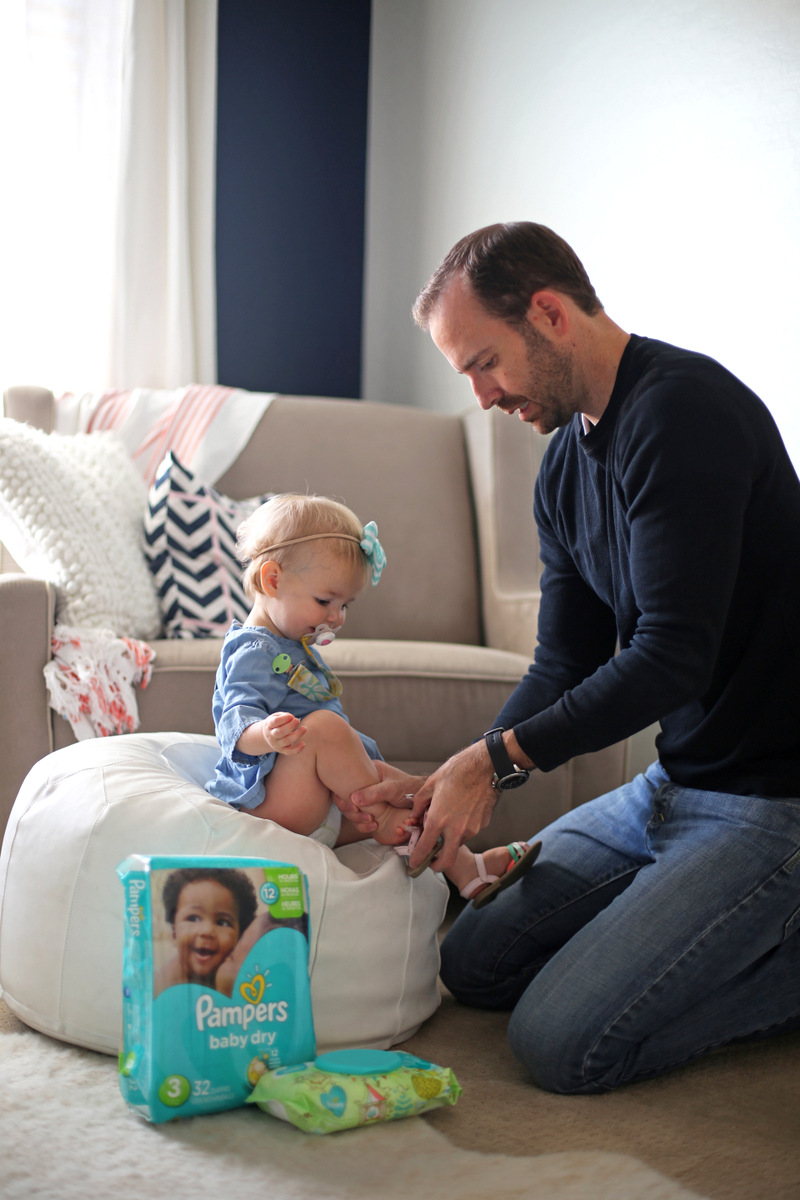 And with four little girls in the house, it’s hard to get time alone with any of our children, but the other girls aren’t particularly interested in diaper changes so these provide a few moments of precious alone time for Bart and Tally at least once or twice a day.

And so in a 30 second diaper change turns into a five minute story time where she gets her dad all to herself for a few minutes?

I’m not going to complain. 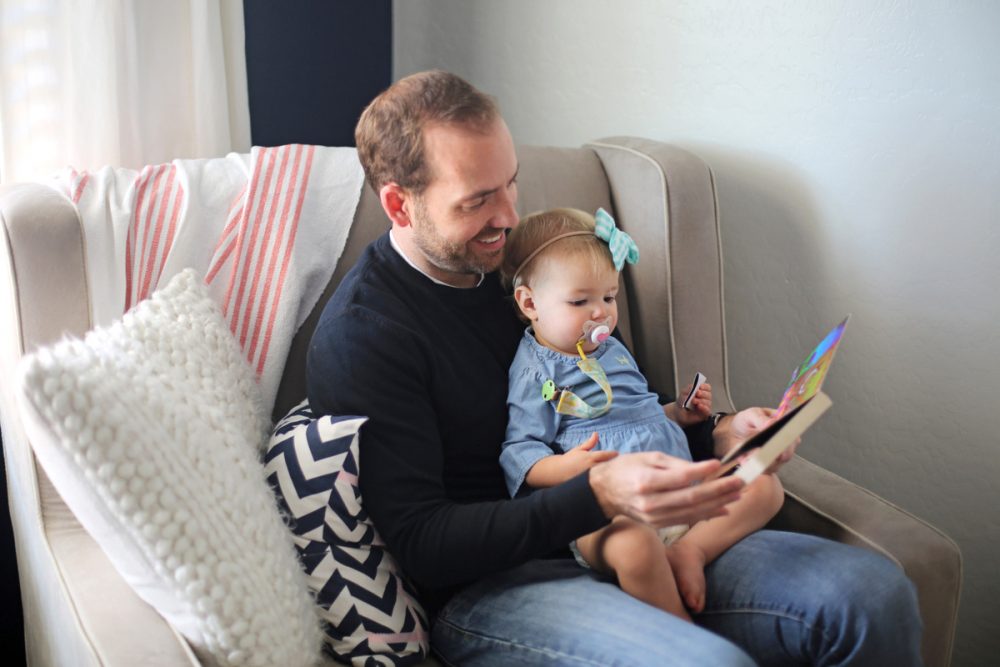