This is the time of year when I buy all the grapefruit available (last year at this time, I was making grapefruit poppyseed muffins with grapefruit cream).
Bart loves grapefruit and he’s converted the girls, who think it’s the best thing ever.
These grapefruits are from Florida, and they are the sweetest and juiciest variety of grapefruit in the world, thanks to Florida’s unique fertile soil and lush subtropical climate are what make Florida grapefruit (although the climate also takes a toll on the outside – don’t judge a book grapefruit by its cover). 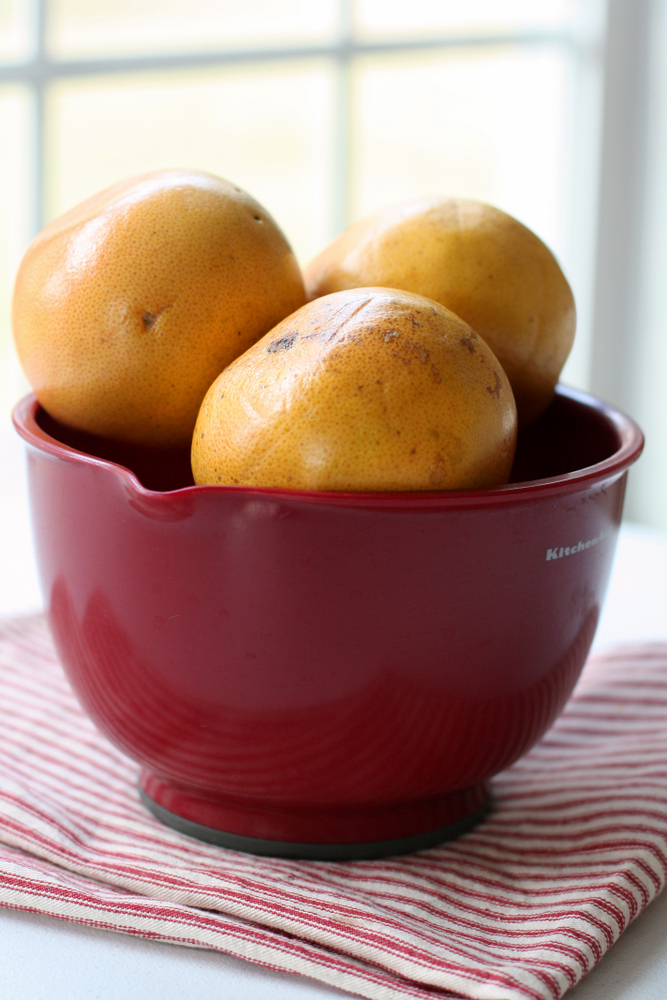 Plus, I like to make some pretense of eating seasonally, and grapefruit is at its peak ripeness in January, February, and March, which is nice because it’s kind of a grim time for most produce. Mostly white strawberries, anyone? Some $10 blueberries? Pass.
This year, instead of warm baked goods, I went in the opposite direction with something sweet and frozen.
After all, now that I’m back with all my beloved kitchen appliances, it was only a matter of time before I could resist pulling out my ice cream maker. Thus, the best grapefruit sorbet!! 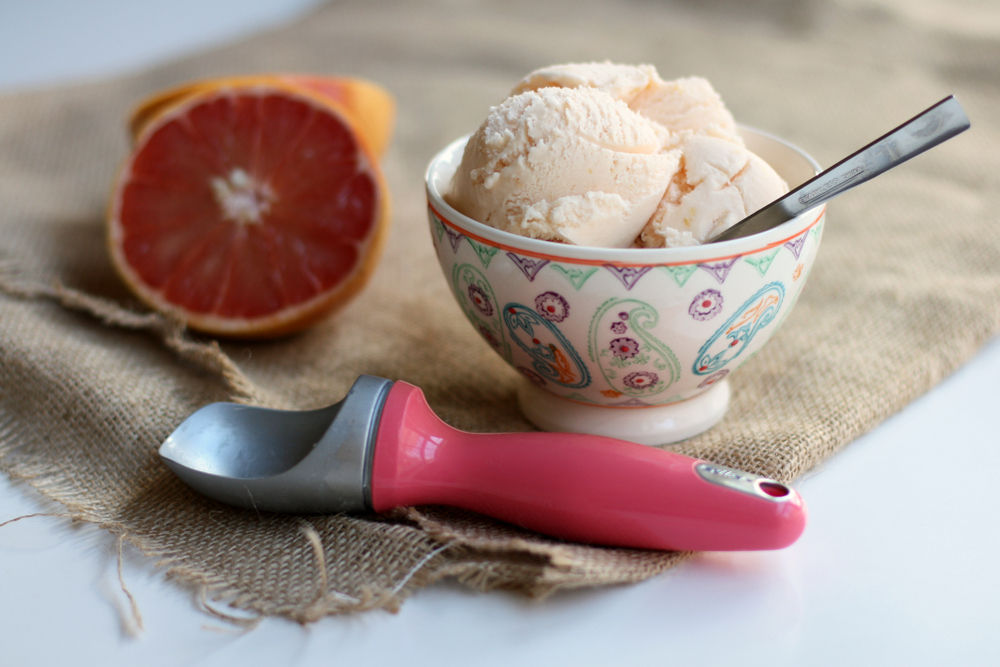 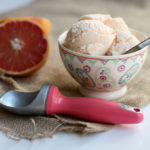 Grapefruit ice cream is such a refreshing treat for summer days and it comes together really easily!

Note: I cut the rind and the big inner white core form my grapefruit and then dropped them all in the blender, let it run for a minute or two and then strained it through a mesh sieve.

(adapted from Lulu the Baker) 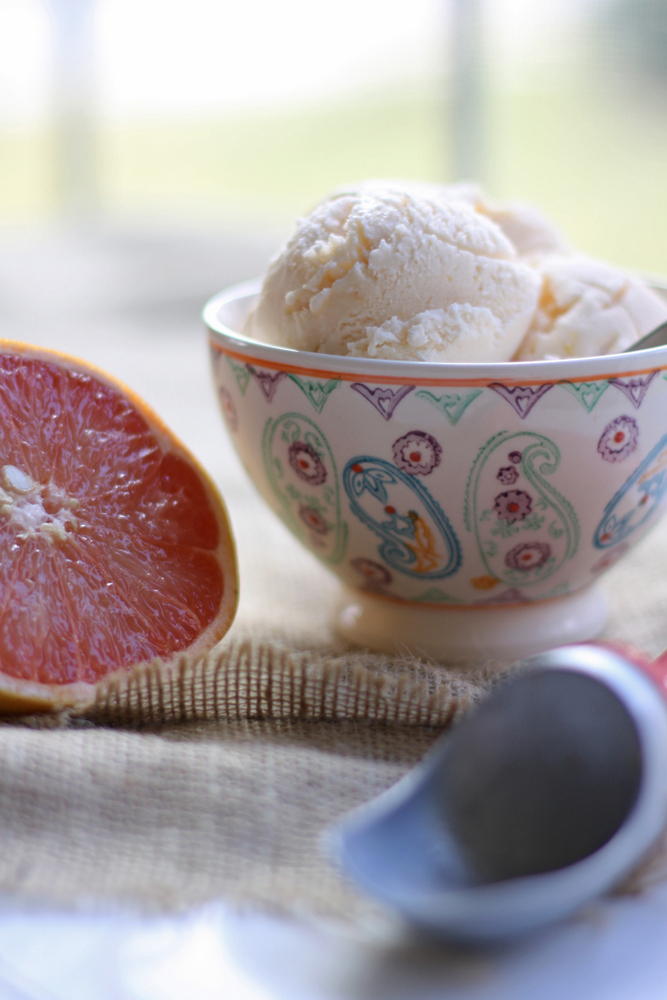