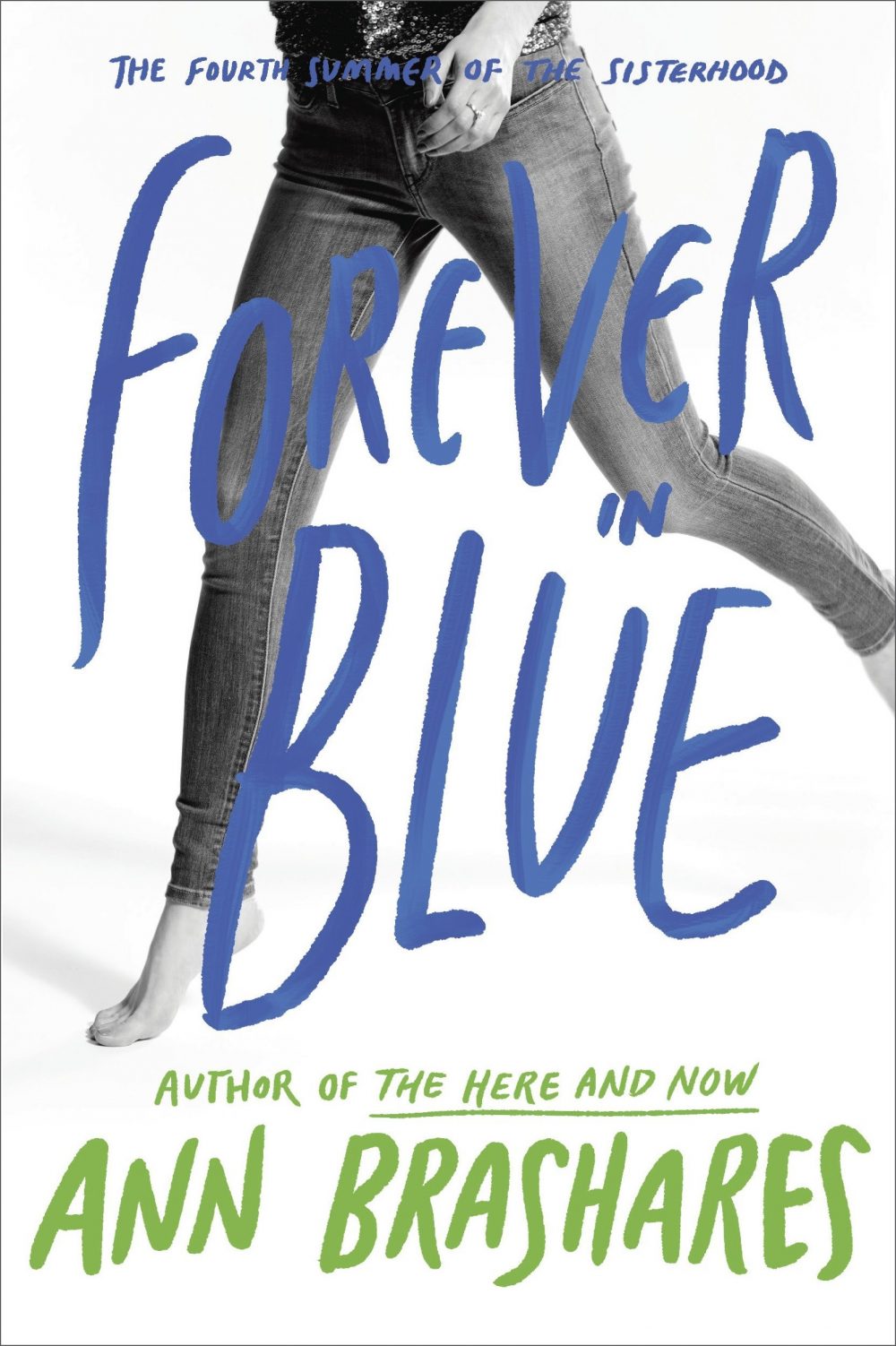 It doesn’t take a genius to know that The Sisterhood of the Traveling Pants series isn’t exactly quality literature. One can simply glance at the cover and know as much. Forever in Blue the Fourth Summer of the Sisterhood is the fourth in the Traveling Pants series and the final book. It traces the story of four best friends who have been friends virtually since birth and who are, in the first book, separating for their first summer. They find the pants which mysteriously fit them all and decide they will send the pants around to one another in their various locales. Now this is the fourth summer, after their freshman year in college. And the storyline, which was hardly solid to begin with, nose dives.

forever in blue: the fourth summer of the sisterhood

The pacing is all over the place, with only two story lines seeming to actually go anywhere, while the other two basically have their one glory moment (in the first half of the book) and then stall until the other plot lines catch up. I can’t remember a book I’ve read recently where it seemed both so stretched out and crushed together at the same time.

The content itself was pretty lousy; it really seemed like it was nothing more than an epilogue to the previous book.

The thing I do love about the Sisterhood of the Traveling Pants books, though, is that it reminds me of the summer of 2005, when I worked at Sports and Dance camps. Someone in the office owned them and she passed them around the all the girls in the office and we all read them. The movie came out at the end of the summer and all of us went together to go see it. I loved that office and the people I worked with there. They made coming to work fun. I’ve never had a job that was so wonderful.

The other thing about those The Sisterhood of the Traveling Pants novels is the set of four girls. I’ve never had many girl friends in my life. I’ve always naturally gravitated toward guys and the majority of my good friends growing up were guys. I had one or two really excellent female friends (Amy in particular), but that was always the exception, rather than the rule. And then I went to college and was randomly assigned a roommate named Heather with two girls living next door named Sherry and Priscilla. We didn’t exactly hit it right off (my fault, sorry), but within three months, we were fabulous friends and the second semester of freshman year was one of the happiest times in my life. To have a group of girls like that who all liked one another so much, where I felt I belonged, where I wasn’t a charity friend or where I wished one of them away, was remarkable to me. The group of guys we ate dinner with dubbed us the “Topless Girls” because we lived in T Hall and I always told people that it stood for “Topless” so they wouldn’t forget which hall they were looking for. We wrote papers together, played Nerts for hours, attended church together, threw parties, found an apartment, went to some athletic events, and then grew up.

Now, I am living in Texas, finished with college, and working full-time. Sherry is married, graduating in the summer, and probably moving to another continent with her husband. Heather will graduate with a masters in accounting next year. Priscilla is serving a mission in Canada and won’t return for eighteen months. Priscilla and Heather are from California, I am from Vegas, and Sherry’s from Texas. It’s unlikely, almost impossible, that we’ll all ever live near one another again. I do, of course, have a crazy suppressed wish that Heather will indeed choose to come work in accounting in Texas as she’s mentioned before, and that Sherry will want to return to the motherland. And if all three of us are here, perhaps Priscilla will join us too. But that’s so unlikely as to be laughable.

All that is to say that, while Forever in Blue the Fourth Summer of the Sisterhood is not really worth reading at all, the sentiment resonates with me because I’ve experienced just what it means to have friends like that. And so, for all that, I can’t feel too negatively toward this book.

If you liked this review of Forever in Blue the Fourth Summer of the Sisterhood, you might also like these books: