These crockpot BBQ chicken sandwiches couldn’t be easier! Just toss the ingredients in the crockpot, let them cook all day and then at dinner time, serve the BBQ chicken on hamburger buns. 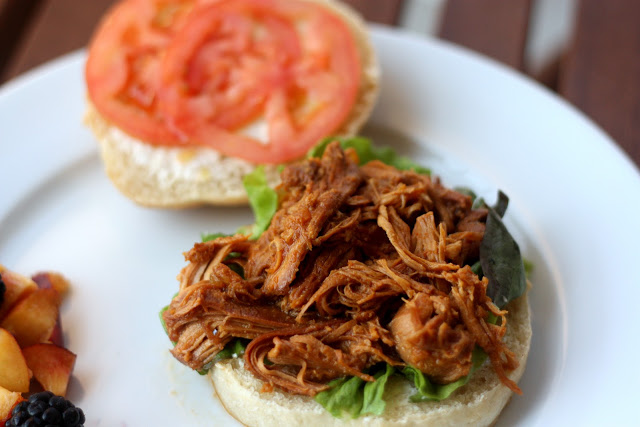 I discovered this crockpot BBQ chicken recipe when we lived in Boston, and I picked up a random copy of Family Circle at one of the elementary schools I worked at.

The original recipe is made for a grill which (surprise!) I did not have in our teensy apartment. Also, I pretty much see any with chicken thighs in it as a candidate for the crockpot.

These sandwiches are crazy delicoius and we’ve had them probably a dozen times in the last couple of years.

It’s especially a nice meal when you’re having a lot of people over because you can make a ton with no extra effort and it just cooks by itself all day. 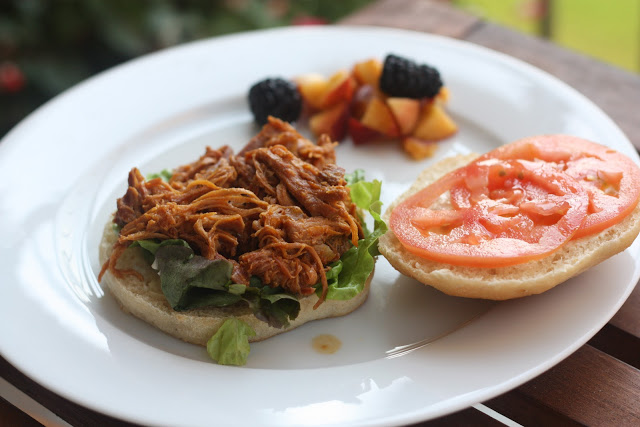 These crockpot BBQ chicken sandwiches couldn't be easier! Just toss the ingredients in the crockpot, let them cook all day and dinner is ready.