This Chicken Fettuccine Alfredo recipe couldn’t be easier and it’s a hit for eaters of all ages! 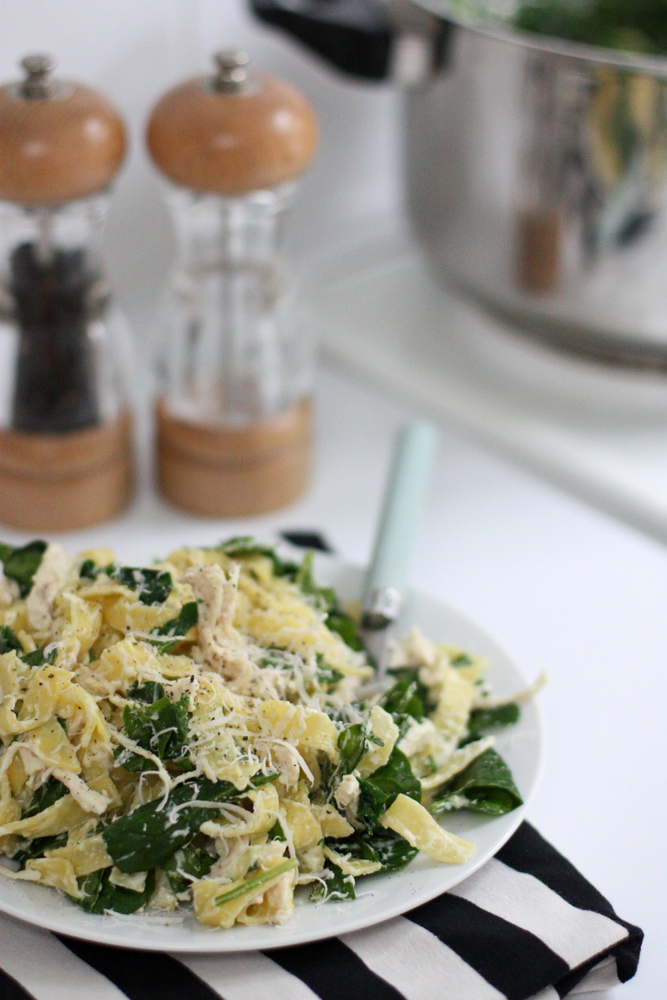 If you’re on a diet, you’re just going to need to skip this recipe. Or at least avert your eyes as you mix up the sauce. Your choice.

(And obviously the addition of spinach turns this into complete health food).

This chicken and spinach alfredo was the first meal I made when we arrived in our little London flat in the fall of 2014.

It was the first time I’d ever made fettuccine alfredo and we ate it sitting out on our roof top garden. It was fantastic, in large part because we were all so delighted by the fact that we’d finally arrived somewhere that allowed us to make dinner instead of eating out yet again.I think I’ll probably love this recipe for the rest of my life, not just because it’s delicious, but because it reminds me of being in London, where I made it many times during the months we lived there. 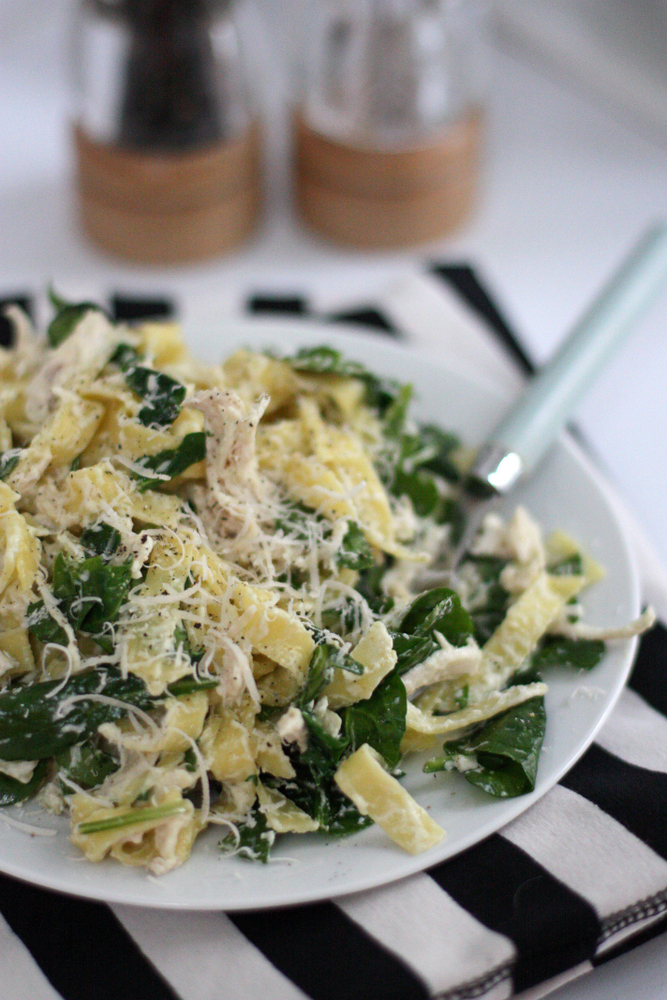 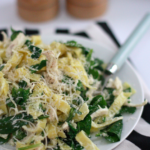 This Chicken Fettuccine Alfredo recipe couldn't be easier and it's a hit for eaters of all ages!

(adapted from All Recipes)

If you liked this recipe for Chicken and spinach Alfredo pasta, you might also like these recipes: 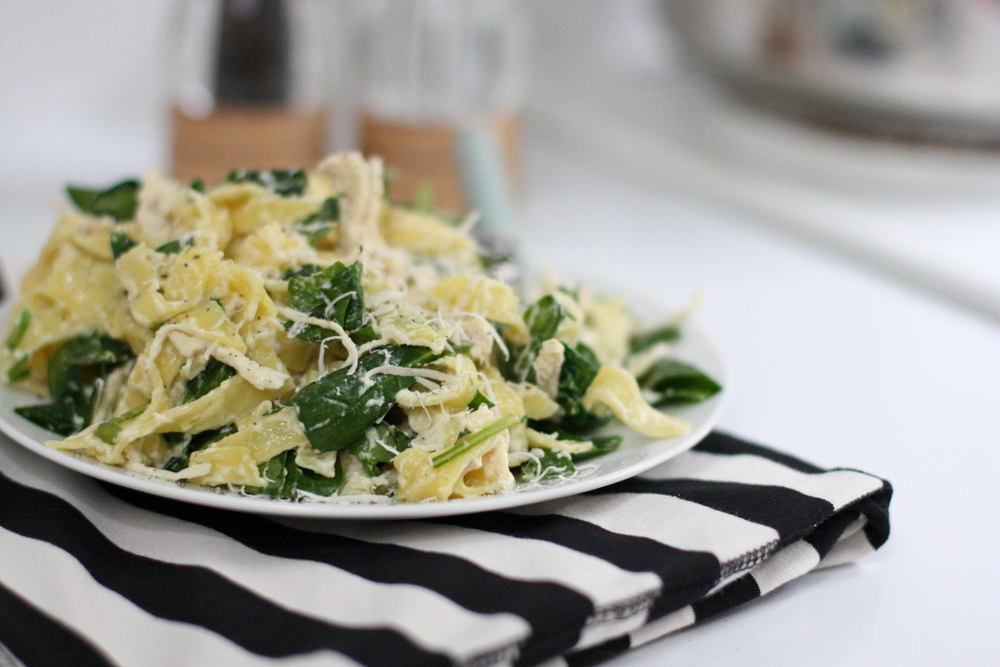