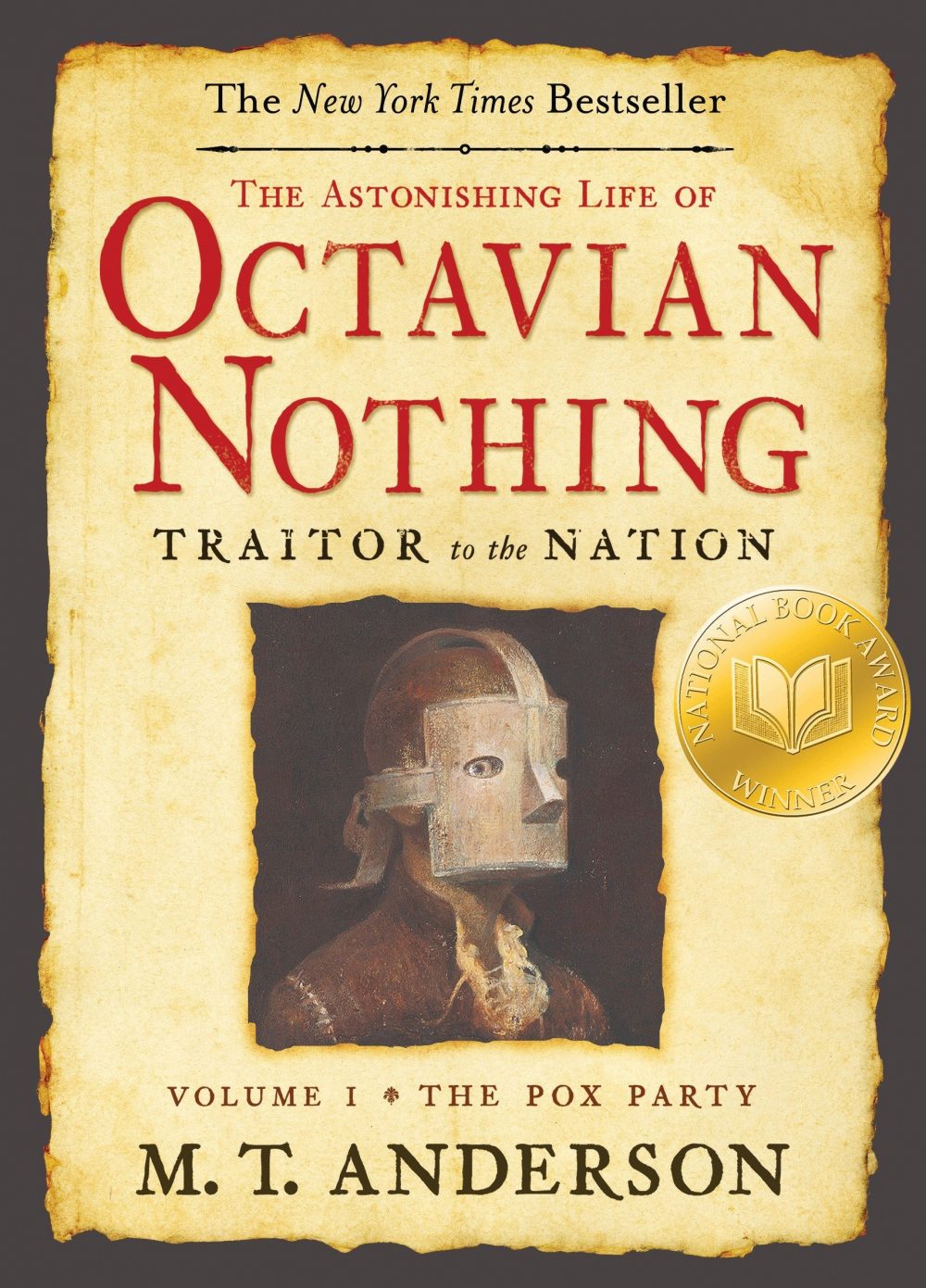 Octavian is treated like royalty in the house of his Boston masters, until he realizes that they are using him as a science experiment to determine if Africans are equal, physically, mentally, and morally, to the European whites. Great premise, dull book. Not particularly recommended.

I listened to the Octavian Nothing audiobook (alternate title: “It Will Take You Longer to Read The Title than the Book”) and I forgot about it the moment I finished it. The only thing I didn’t forget was how long, how many bike rides to and from work, it took me to plow through these CDs. It wasn’t a bad book, just not interesting enough to hold my attention. Octavian Nothing has a pretty fascinating premise and I tend to love historical fiction, so it seemed like a easy choice. Unfortunately, for me, it didn’t deliver.

the astonishing life of octavian nothing: traitor to the nation

Octavian lives in a great house with his mother (a princess from Africa) and they are both treated like royalty; he and his mother are the other people in the whole house who have names – everyone else is referred to be a number.

And yet, as he grows older, Octavian begins to realize that all is not right. His mother was not brought to America as a princess, but as a slave. And Octavian’s bowel movements are not weighed, measured, and recorded because he is so special, but because he is being treated as a scientific experiment. His Latin lessons and his violin lessons are all part of a great trial, which, his masters hope, will prove that the African race is unequal to the white Americans.

Octavian stays on after he discovers all this as he is determined to prove his masters wrong. He will show them that he is equal or smarter than any of them (he probably is smarter than any of them – his work on the violin, in particular, is near genius). But then, when the pox begins circulating in Boston, his masters, who are first and foremost scientists, develop a vaccine and invite many many people to the house where they are injected and then quarantined (with fine food and entertainment during the period) so that they will become sick, but not sick enough to die. Unfortunately, as you might have expected, some people do die, and one of them is Octavian’s mother.

Horrified by the caviler treatment of her life by his masters, he escapes and joins up with a group of Revolutionary soldiers, acting as a fiddler, until he is recaptured, forced to return to the house, and put in an iron mask.

At the end of Octavian Nothing, he escapes again with the help of the doctor and it is clearly set up for a sequel, but I didn’t even consider reading the sequel. Again, not a bad book, just really dull.

The writing was actually quite lovely, with the diction and tone fitting the time period very well. One point for M. T. Anderson.

I started reading another book by M. T. Anderson a few weeks later (“Feed,” if you’re curious) and just gave it up. I simply do not appear to enjoy this author, and I’m coming to the point where I can acknowledge that it is okay not to like some very popular, award-winning, and prolific authors. You can’t like everyone. And you don’t have to read stuff you hate.