(And book lists and book reviews and bookstores and basically all things related to books).

And my personal favorite awards are the Caldecott and the Newbery awards.

The Newbery is awarded to the author of the most distinguished contribution to American literature for children.

Each year, the winner (and any chosen Honor books) are awarded in January or February at the American Library Association conference.

I’ve been able to attend a couple of times (once in Boston in 2010 and once in Dallas in 2012) and it is pretty much the most thrilling thing to be in that room when they announce all the award winners.

This year, it’s in Denver and I seriously considered attending, but it was just too much travel in an already busy few months.

The committees will spend the weekend deliberating and then the winners will be announced on Monday, February 12.

When I was a student librarian, the (fabulous) librarian I trained with did her own Caldecott with her elementary school each year.

Then my children’s literature professor did one for our class (she’d actually served on the Caldecott committee at one point, so she knew what she was talking about).

And the following year, when I was a librarian with my own two schools, I did my own mock Caldecott award with the second graders.

It was SO fun and one of the highlights of the year for the students.

I made a short list of contenders and we read them all together over a week or two. We talked about what makes a book “distinguished” and the Caldecott criteria.

It’s pretty short criteria, actually, but it talks about the book being a VISUAL experience, with the story or theme developing primarily via pictures, rather than resting mostly on the text. It also has to have children as the intended audience and respect their understanding and abilities, and have both artistic excellence and appropriateness to the the topic and audience.

Then I printed out a score sheet, reminded them of the criteria, and put all the books on the tables.

And they set to work.

It was the cutest thing to see all these second graders flipping carefully through each book, putting them side-by-side to compare, talking to their classmates about them, and studiously writing scores.

That night, I tallied them up and the next week announced our own winner and honor books.

This year, I thought it’d be fun to do as a family and see how our picks matched up with what actually wins come February.

If you’d like to do it too, here’s the list of books I picked out to read for our Caldecott (the real committee is supposed to have at least one member (and preferably most or all of the members) read every book published in the previous year – we aren’t that committed at our house).

I spent a long time looking at books that are getting Caldecott buzz, so your odds of at least one of the Caldecott books being on this list should be pretty good.

But sometimes a book wins or gets an Honor nod that no one was expecting. And that’s part of the fun!

I made a score sheet with each of the 25 titles and then four criteria:

On the score sheet, there’s a space after each book to score it on each part of the criteria between 1-5. Once we’ve read all the books, we’ll tally up all the scores and determine our winner and Honor books.

Here are the 25 on our Mock Caldecott score sheet this year: 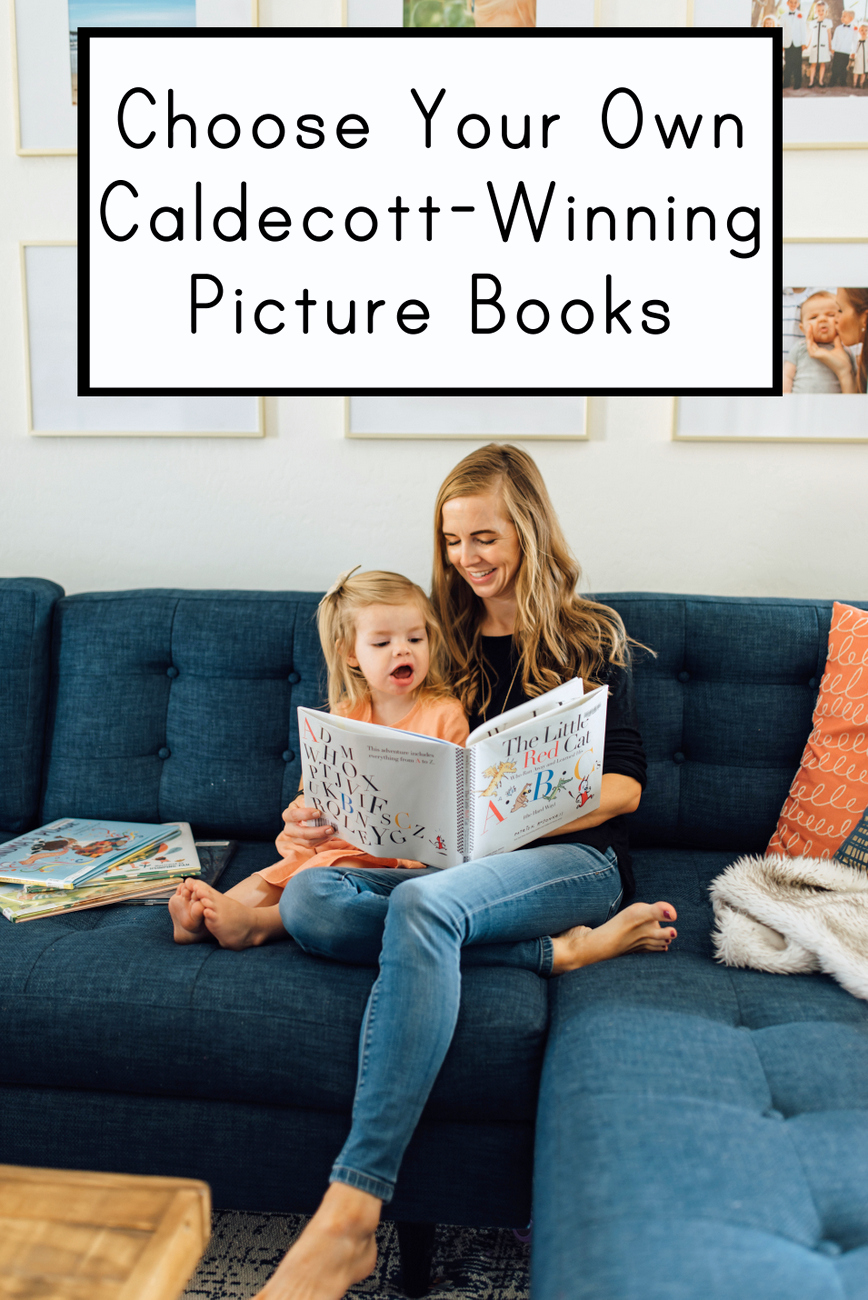 And if you’d like the printable score sheet I made, just plug in your email here and I’ll send you a copy right away!

Previous Post: « 5 Really Great Purchases I’ve Made in the Past Year
Next Post: A Day in the Life »